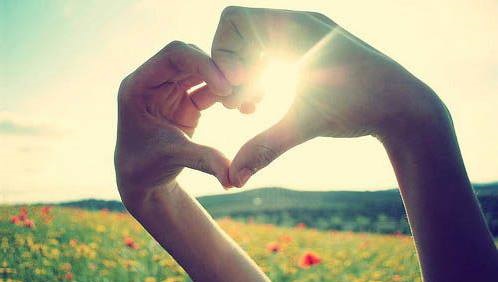 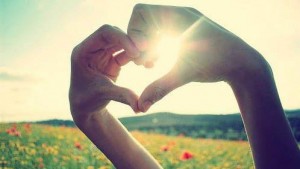 Two days ago I stumbled upon the Mormon Messages video, “Mountains to Climb”.
It came to me on a day when I was on an emotional edge after reading a fictional story that brought many emotions I felt after the loss of my twin sons to the surface.

The tears fell as Elder Eyring spoke words that touched my heart. :
“Many of you are now passing through physical, mental, and emotional trials …I wish to encourage those in the midst of hard trials who feel their faith may be fading. … The Lord has promised, ‘I will not forsake thee.’ Curing does not come automatically through the passage of time, but it does take time. …  His love is unfailing.”

As many “movements” in Mormonism have come under broader recognition, I feel like there is a lot of criticism and polarizing going on. We are eager to shame those who we feel are “disobeying” or bringing attention to things that they struggle with. I see a lot of closed hearts instead of love and understanding.
One of the statements that I have seen and heard personally is of the refrain, “if you don’t like it, then why are you even here? Why don’t you just leave?”

Emile Durkheim, who is commonly cited as the principal architect of modern social science and father of sociology (Wikipedia), stated that religion differs from the private belief in that it is “something  eminently social”.

Religion is intertwined in our lives and relationships with our families, and sometimes in our friendships, community, and even our workplace. It is complicated and far reaching. For most Latter Day Saints, being a member of The Church is a giant piece of us and our identity. Being a member means that many parts of our lives are dictated  as commandments. What many of these “commandments” end up as, though they are not intended to be, are outward displays which people use to measure another person’s righteousness level. So while we can choose not to follow the commandments or the advice of our prophets, we are faced with scorn from our peers as we are judged and criticized for not “choosing the right”. We face the fear of withdrawal of love and friendship in our community and family if we toe any kind of line. It’s an incredible consequence to pay.
For many, being Mormon is the only religion and community they have ever known. My great great grandfather left his wife and daughters, who did not believe in the Mormon religion,  in Norway when he came to Utah. This religion that now binds my family together started by tearing one apart. That’s an incredible and heartbreaking sacrifice.

So here is my great great grandfather who gave up everything for this religion which is literally a part of me. This religion that  I happen to love the most basic and beautiful principles of and I am just supposed to leave because I want to wear pants to church? Because I support gay marriage? I feel oppressed by the patriarchy traditions? Because I have doubts about Joesph Smith? Because I am on a different political side? Because my kids wear tank tops? Because I have issues with polygamy? Because of blacks not receiving the priesthood? Because I feel that women should have the priesthood?

And that is only the beginning of the list of all of the different issues that many members have.

There are many among us in our congregations who are trying to make it work. Many of your own friends and family are struggling. And what are we doing for them? What are we doing to them? Are we hearing them? Or do we want to tear them down and shut them out? Are we afraid of what hearing another’s doubts and questions will do for our own testimony? Are we calling them apostates and whispering about them to our neighbors and friends? Do we tell them to leave? To get out of the kitchen? To get off the pot? Are we really considering the many valid and emotional reasons why our neighbors are not attending church before we throw out “they have no reason not to be there!”?

This church is NOT an all or nothing church. It is a constant flow of forward and backward and every one at different levels of faith. Many members have had personal experiences that testify to them of the truthfulness of one aspect or another of the gospel. On the other hand, other members do not have those experiences and may have a different perspective than someone else. Many things that some see as certain truth and doctrine others see as the opposite.

So who is right? More importantly, does it REALLY matter?

These neighbors and friends and family members of ours who despite having views that we don’t agree with DO have valid feelings and concerns. And they need to be heard. They need to know that what they need to say will be heard with a friendly and listening ear instead of being met with criticism.

As I expressed many “ugly” feelings in the two years after losing my sons there is something that has become my mantra.
I feel how I feel, and however I feel is okay. I don’t have to feel the nice things or feel what others think I should feel.
I needed to be heard and I needed to feel loved despite my “unorthodox” feelings I was dealing with in relation to losing my boys.

While writing this, I found this article from the June 2008 Ensign about being sensitive to others. While it doesn’t use those whose political or spiritual views, even in your own religion, are different than your own as an example, I feel that the underlying principle is the same, which is summarized at the top of the article, “Becoming more aware of the unique challenges of those around us makes us better neighbors, friends, and Saints.”

When we think about what we need to do for those we care about in our congregations, friendship and community circles, and family, I feel that the answer is the same as Christ would give. Love them. Do not forsake them..

This does not mean that you have to “bring them back” or disprove their arguments so they can see that they are wrong. You don’t need to be a better example or testify to them. And certainly don’t ask them why they are even here and why they don’t just leave.

Listen. Try to understand where they are coming from.  Empathize. Love.
They feel how they feel and it is okay that they feel that way.