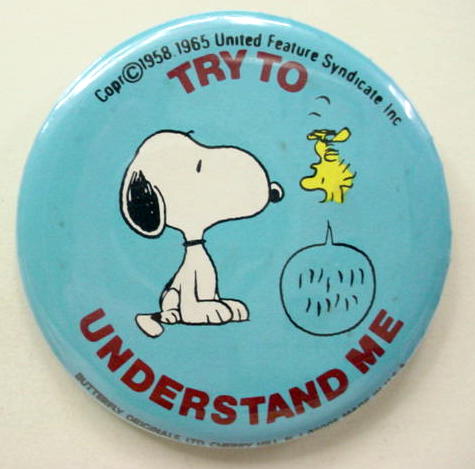 I served my mission in Mexico. I remember a time when a few of the native missionaries were discussing how they couldn’t understand Portuguese. The Portuguese people sound like “borachos” (drunkards) with a wad of gum in their mouth they said as they laughed. Later on my mission I was told by an older sister in the ward that Portugal was a nice place to visit. She said if I speak Spanish to them they will be able to understand well enough what I’m saying to get around.

I decided after my mission to minor in Spanish. In one of the classes a lady asked the professor, to validate my understanding, why Spanish people by and large can’t understand Portuguese very well when the Portuguese people seem to understand Spanish although they don’t speak it. He replied that centuries ago Portuguese resembled Spanish a lot closer; however, as time went on the Portuguese language evolved away from that common origin a lot quicker than Spanish had.

If we are to take all of the Spanish people over the last thousand years and represent them into one adult individual’s life and do the same for the Portuguese people as one individual adult’s life then we could say that even though they had a common origin and at one time could understand each other, the person representing the Spanish people wouldn’t be able to understand what the person representing the Portuguese people had to say because his or her language has evolved away from that common origin.

As I went through a faith transition over the past three years I’ve read many online conversations and heard many podcasts where those in my like situation have tried to no avail to get their orthodox Latter-day Saint family and friends to understand where they were coming from.

If we are to take this as a metaphor to your circumstance with your family and friends then you must come to realize that through your faith transition your worldview has evolved far enough away from the common origin that they won’t be able to understand what you are trying to explain to them. Not unless they try to learn how to speak your new language. You can’t force it on them. For any of those that have learned a new language, have you tried speaking it to your family? Even repetitious simple phrases? How did it go? Well, if you’re anything like my family then no matter how many times you say something it doesn’t catch on. It has availed me nothing. The key in this is they have to want to learn it and you can’t instill that desire in them.

In the meantime what can we do? We can be respectful of the common origin and look back on our own life with empathy towards it. Try not to take their pat responses too personally remembering that many of us most likely used them on other people too. The best advice I can give is for us to remember that we aren’t at war with our family and/or friends not to play into the rhetoric that somehow we are now on Satan’s team. In other words, we don’t have to be prove we are right.

One caveat to remember to conclude, just because yours or my faith has evolved away from the common origin and we have a differing worldview from our orthodox family or friends does not make us inherently more intelligent than our family or friends. To call back to the metaphor, it’s not as if the Portuguese people are inherently more intelligent than the Spanish people.

Josh Mangelson grew up in a small farm town outside of Tooele, Utah. He decided to serve a mission a bit later than most at 21 and went to the Mexico Tampico mission from 2003-2005. Once back he went to Utah State University where he met his wife Brittany there and majored in English, professional and technical writing, and minored in Spanish. While in Logan, Utah he and his wife had twin girls. They are now located in Saratoga Springs and he works as a lab tech for the Kennecott concentrator near the copper mine. Since they've had a boy. Josh has had an ongoing interest in the restoration movement and moderates a the Facebook group Mormon Historians.

All posts by Josh Mangelson