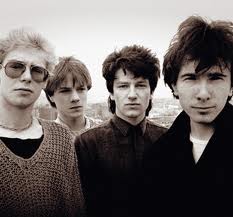 I have always loved U2. I think pretty much everyone has a favorite U2 song. Even though the song “With or Without You” was played at every tri-stake dance when I was a teenager, I didn’t have a real connection with U2 until I began studying about Latin America in college. I’m half Guatemalan and I served my mission in Argentina, so when I started college I had a great interest in learning more about the people I served as well as my roots. And, let’s be honest, I didn’t know what else to do at the time so the default was a Spanish major!

While I was on my mission I heard stories about how the military had control of the government between 1976 and 1983. These years were known as the “Dirty War.” During this time, people who voiced opinions that differed from the government’s would literally disappear. This was happening in other countries as well: Chile, Nicaragua, and El Salvador. In 1977 a group of mothers gathered at the Plaza de Mayo in Buenos Aires, Argentina, in front of the presidential palace (the Casa Rosada) to defy the government’s terrorism state. Bono wrote a song about it called “Mothers of the Disappeared” to bring attention to what had happened in all of those countries. Once I learned about and really studied this piece of history, the song became very powerful to me – it became alive and real. I began to feel their pain. 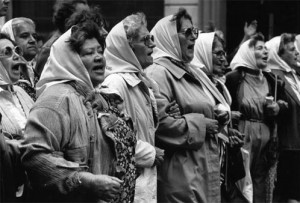 Ever since that defining experience, I have felt a deeper connection with U2’s music and lyrics. The band sings about a variety of subjects, but a recurring theme in their lyrics is the fight of the human spirit. This was especially evident during the Elevation tour when they played one of my favorite songs –  “Walk On.” During the song a banner was raised that listed off every victim of 9/11. It was the most emotional I have ever been at a rock concert, and I felt uplifted. I felt that I needed to be a better person. I think I am a better person from that experience.

Because of that tour, U2 was asked to perform for the Super Bowl halftime show. Their set included “Beautiful Day” and then “MLK” was played as an introduction to “Where the Streets Have No Name.” Once again the names were raised in an overpowering tribute to those who died on 9/11. Have a watch and a listen.

After I watched the Super Bowl performance I often wondered why they played “Where the Streets Have No Name” as the tribute song (aside from the fact that it is a very well known U2 song). I found out that “Where the Streets Have No Name” was the byproduct of Bono’s childhood: he could tell the economic status of a person based on the street that person lived on. So the idea behind the song is having a place where the streets have no name; where everyone is equal.

I think U2 chose that song because in the midst of tragedy, where you are from, what religion you are, how much money you make, etc. instantly mean nothing. In the midst of tragedy, all of those things are forgotten and we look out for each other a little better. A lot better. We arrive at a place where the streets have no name. The trick is finding this place outside of tragedy.

And they had aall things common among them; therefore there were not rich and poor, bond and free, but they were all made free, and partakers of the heavenly bgift. (4 Nephi 1:3)

There were no robbers, nor murderers, neither were there Lamanites, nor any manner of -ites; but they were in aone, the children of Christ, and heirs to the kingdom of God. (4 Nephi 1:17)

For me, the song “Where the Streets Have No Name” is a calling to lift others up who are suffering, or, even better, go down to where they are and comfort them. There will always be inequality, but we can make the effort to strip away our timidness and pride, to stretch out a hand to those in need.

This post serves as an introduction for an upcoming series on RationalFaiths. We want to shed some light on a terrific blog called “No Poor Among Them.”  It focuses on service projects and charities that are making a difference around the world. It also highlights various things that Church members are doing individually to help those in need. I hope that providing this type of information and sharing what some really amazing people are accomplishing will inspire you to do a little more for your brothers and sisters who are in desperate need. Thanks to David Dixon for creating “No Poor Among Them” and for allowing us to cross-post the projects here.

Films and links worth your time:
“The Official Story” or “La Historia Oficial” Read about it here. This movie won an Oscar and other awards.
U2’s Rattle and Hum
Innocent Voices – On Netflix right now! This war inspired U2’s Bullet the Blue Sky
Kiva.org – Micro-lending for small businesses in 3rd world countries. I’m a HUGE fan of kiva.
NoPoorAmongThem
LiahonaChildren – The mission of the Liahona Children’s Foundation is to nourish the potential of children to lead healthy and productive lives by eliminating malnutrition and providing elementary educational opportunities among LDS children and their friends.