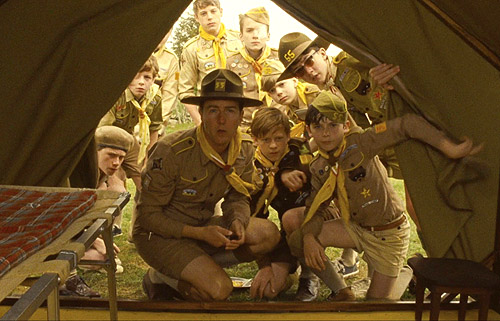 I feel the need to make the disclaimer that this is obviously the personal experience of the author and reflects my solitary opinion. At 13 I was gagged and hog tied in the girls bathroom of the chapel. My ankles and wrists were tightly bound together behind my back by the lashing cords we’d been using to earn our “pioneering” merit badges. The lashing was expertly carried out by boys who had obviously mastered their various knots better than me.The ropes were made of a rough burlap-like material and they rubbed and rashed my skin as I hopelessly struggled to loose my arms and legs. I managed to get the BSA neckerchief out of my mouth fairly quickly, but my head had been dunked in the toilet bowl and I had to keep spitting out the water that was dripping down my face from my hair and blinking it out of my eyes. I didn’t know if they had peed in it or not.The young women were at camp or a stake activity and so no girls or their leaders were going to find me in the ladies bathroom. God only knows where my scoutmaster and other adult leaders were… At least 6 boys were involved in tying me up. You’d think someone would have been responsible for knowing their location…Or for knowing mine. 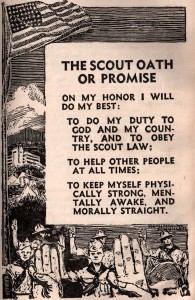 Two years into my scouting experience, this was hardly the first bullying I had suffered, but so far it was the worst. When my mother and a scout leader finally found me I had been yelling myself hoarse for what seemed like hours, but was probably like 30 minutes. All of the other boys had gone home, and my leader admitted he would have too, if my Mom had not called my absence to his attention. My mom was furious. The leader was embarrassed and visibly afraid of her. He untied my knots as quickly as he could manage and tried to assuage my desperate crying. On the drive home my mom was livid. I was too, but to her I just seemed numb. I wouldn’t talk. I was ashamed to have been victimized. I was ashamed to have been found like that. I was ashamed to have been rescued by my mom.For all of her anger and for all of her talking about it with my dad, the next Tuesday night I was in the back of the Suburban on the way to scouts. I don’t know if I ever asked to not do scouts, but I’m certain I asked to not have to go that week. I know I hated going. I hated the way I was treated. And yet I was in that car… and inexplicably on my way back to sit and pray with the same pack of assholes that had violently assaulted me a week prior. But that’s not the experience I most hate about my time in scouts.

What I hate the most now, is how I treated somebody else. You see, the short, skinny runt of a kid with Hubble glasses is apparently a notch or two above the fat socially awkward kid with incontinence issues. Campouts were generally the least terrible part of scouts. I could get by on my own a little better, and honestly, I enjoyed camping. Leaders were more attentive to keeping track of everybody and there was some semblance of structure and discipline. 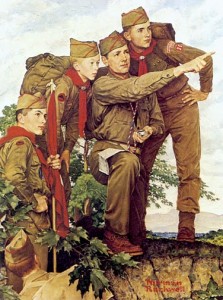 Lane was not so fortunate. He didn’t have any friends that I knew of. If he’d ever tried to be my friend I’m sure I’d have steered clear if only to enjoy the privilege of not being a target for once. It was also clear he didn’t like campouts. At least he wasn’t very good at them. Our troop won an award at our big campout every year. Among the activities we were awarded points for, our campsite was inspected for cleanliness and order. Well, Lane ruined our perfect score. He’d had an accident in his pants the night before and rather than burning or throwing them away, he made a shoddy effort at burying them behind his tent. The site inspectors found his shit-soiled undies and docked us heavily. We all knew it was his tent, because nobody would bunk near him. He smelled bad.He was treated like an absolute pariah from there on out. Leaders who probably should have consulted his parents or found a doctor, checked out while we each found our own opportunity to make him feel as miserable as possible. I don’t remember everything that was done, but he was tipped in his canoe, had his money stolen, had underwear stolen, he was pushed down several times and once, when he fought back, he was solidly pummeled by a much larger boy. He was called every horrible name we could think of, queer and faggot amongst them.All of this would have made me feel ashamed if I had taken part, but then I did something that shame isn’t a sufficient word for. I spat on him. I had deflected some general aggression by calling him a fat lard. He swung at me and fell over when he missed. I bent over and spit in his face. The jeers of support behind me might have felt great if I wasn’t so immediately horrified at myself. I remembered reading a book in social studies about black civil rights demonstrators who were spit on by whites. I remembered the kind of hate that action represented.I didn’t hate this kid. I felt sorry for him. His life was terrible. I hated boy scouts. I hated all of the kids who were cheering behind me. I just didn’t want to be the sole target of their bullying. So I took a cheap shot. Lane stopped coming to scouts. His parents stopped coming to church. I never saw him again. I never told him I was sorry. I never got to ask for his forgiveness. I never got the chance to be a friend or have him for a friend.I stayed in scouting because my parents were told that was what I was supposed to do. Eventually I earned my Eagle Scout and had a “Court of Honor”. I even had friends in my troop by the time it was all over. I’m grateful for a lot of what I learned in the scouting program (chiefly poker and how to burn almost anything), but scouts didn’t help me develop a strong moral character. I had to do that on my own and choose to become a disciple of Christ. I can honestly say that scouts didn’t help me with that one solitary bit. 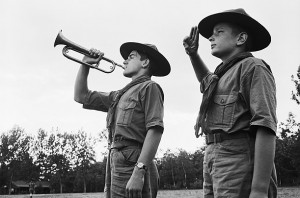 The church’s institutional relationship with scouting is unnecessary and in some ways, perverse. The organization known as the Boy Scouts of America would be financially insolvent without the financial support and participation of the LDS church and its members (and the equally perverse support of the federal government). The exclusionary and homophobic policies of the BSA have been defended verbally and politically by the church, and numerous instances of physical, sexual, and psychological abuse have been perpetrated both in and out of the church under the auspices of scouting. The church can absolutely have a successful young men’s program without having scouts. They are well correlated and deeply resourceful. To suggest otherwise is absurd. So why?Do you think the church will ever cut its ties with the BSA? What would a healthy young men’s program look like? What steps can parents take to minimize the potential harms of involvement in scouting? What do you hope the future looks like?