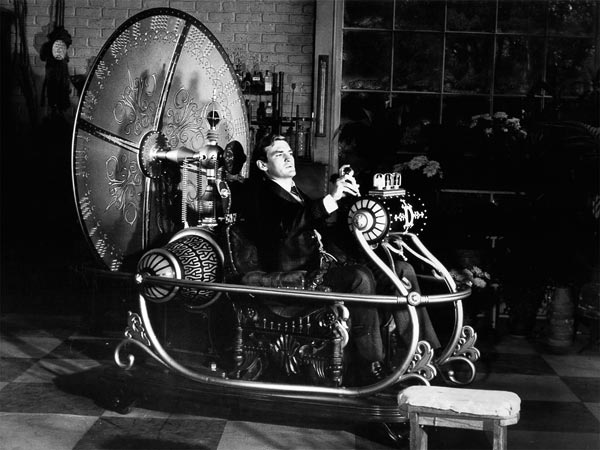 If you were given a time machine and offered a one time “do-over” in life, would you take it? Would you fly back in time and ask the hot cheerleader to prom? Would you take back something you said to a parent or a friend that you have always regretted? Would you decide to serve an LDS Mission? Would you decide not to? Is there a moment in time that you could erase or change that would make your life better today? Is there something that would make life more simple?

When I first considered my answer, I thought way back to 2014 when I read an article on the Book of Abraham in that evil Anti-Mormon Apostate newspaper. . . “The Salt Lake Tribune”. I had always thought that the Book of Abraham was a bit odd. It contains words like Kli-flos-is-es, Kolob, Kokob (yes they are different) Egyptus and Shinehah. The book of Abraham is filled with racist drivel and crazy astronomy, but for the past 50 years it had been pretty easy for me to pile it all on my “shelf” and ignore it. It was sort of like the Old Testament, scripture that had become obscure and outdated.

As a kid I had been taught the standard Book of Abraham story. In 1835, Joseph Smith bought some mummies from a traveling show. He took the papyrus that was found inside and using the Urim and Thummim he translated them into what we now know as the Book of Abraham and the three facsimiles. It is a pretty amazing story of an inspired prophet being guided by the hand of God to purchase ancient texts, translate them and release them to the world. Unfortunately, the story is all a pile to steaming manure.

I’m not an Egyptian scholar or an expert in carbon-14 dating so I won’t spend too much time trying to explain the historic or scientific reasons why the Book of Abraham is so troublesome. There are hundreds of websites that explain the issues and another hundred that argue the apologetic side. All I can express is the way it makes me feel.

The Book of Abraham introduction says:
“A Translation of some ancient Records that have fallen into our hands from the catacombs of Egypt. The writings of Abraham while he was in Egypt, called the Book of Abraham, written by his own hand, upon papyrus.”

The Salt Lake Tribune article I read told of an essay that the LDS Church had just released. In summary the essay said: The book is not a “translation”, and they were not “written by his own hand”. It called it “inspired commentary”. Here was the church backing off much of what had been said for 180 years but in a way which spun the truth to place no fault on Joseph Smith and made no apologies.

The book’s introduction, that has still never been changed, was and is deliberately deceptive. It is a LIE.

The shorts answer is I’m still trying to decide.

Reading the Salt Lake Tribune article that day left a pit in my stomach. It made me dizzy and nauseated. It was one of the most profoundly emotional moments of my life. For the first time in my life I said to myself, “The Church might not be true”. To someone who was not raised LDS that probably makes no sense. What “non-Mormons” don’t realize is that Mormons look at everything in our lives through the lens of the Church. Expressions like, “What does the Prophet say about that?”, “Have you asked your Bishop?” or “What does the Strength of Youth Pamphlet say?” are common.

I suddenly had the realization that there might be other things about “The One True Church” that I didn’t know. The typical narrative goes from Googling LDS Church, to discovering John Dehlin’s “Mormon Stories” Podcast and then Mormonthink.com and falling into the Outer Darkness trap of the Mormon Expression podcast. My story is no different. I was exposed to stories about Vilate and Helen Mar Kimball, Mountain Meadow Massacre, Jane Manning and Baseball Baptisms. I heard about Book of Mormon anachronisms, cureloms, cumoms, Marinda Hyde, Angels with swords and polyandry.

I started to think about the scientific “logic” of Noah’s Flood, the Tower of Babel, the creation story, and Ammon cutting off the arms of all those Lamanite Robbers. As I continued my “wicked” slide I started to think more about social injustices that the Church. . .and I. . .had been a part of; refusing people of African descent the blessings of holding the priesthood or participating in temple ordinances, fighting gay marriage, calling native Americans a cursed people and not allowing women to have any significant leadership roles in the church.

So back to my time machine. If I was offered the chance to go back in time, to not read that article on the Book of Abraham, would I?

I could go back to thinking Joseph Smith was the 2nd greatest man to ever live. I could go back to thinking church meant ward barbeques with softball games, potato salad and lemonade. I would be able to continue to think of President Monson as a man in constant communication with Jesus Christ. I would not have to worry about the reaction of my family, friends and community if I have become a “doubter”.

In John 8: 31 – 32 it says, “Then said Jesus to those Jews which believed on him, If you continue in my word, then are you my disciples indeed; And you shall know the truth, and the truth shall make you free.” Does that same promise not apply to me? I was (and am) working to live by Christ’s word. I am working to truly be a disciple of Christ, so shouldn’t I be granted the gift of knowing truth? And shouldn’t that truth set me free?

I feel very strongly that I was given a gift of intelligence and wisdom. I feel like “my gut” is pretty good at distinguishing between good and evil. I have studied, read, prayed and pondered for thousands of hours. How is it that something like polygamy can strike me as so vile, deceitful and Satanic? That the manipulation of teenage girls by a man who claimed to be their prophet can make me feel so sickened? How can I accept “truth” that my own conscience screams against? I cannot!

If I could change one moment in time, I would NOT change the fact that I had read that Tribune article. I’m glad I have learned of those things that the LDS Church has carefully hidden from me. I’m glad my eyes have been opened to the hard facts about Mormonism. If I was given a time machine I wouldn’t change anything in my life.

I am convinced that how I choose to move forward from today in the Church and in my life will be my greatest test. My plan is to continue to learn, grow and seek truth and see where that takes me.

It will be exciting and challenging, and I am sure that in the end I will exclaim…”Wow!! What a ride!”

I’m giving my one shot at a trip back in a time machine away to some who really needs it.