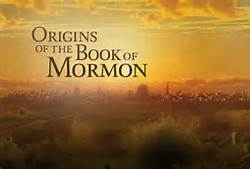 Having recently written a two-part article on the seemingly undeniable connections between the Book of Mormon and the ancient world, I thought it only fair to examine the flip side of the coin, and set forth evidence that the Book of Mormon is not an ancient, but a modern, composition.

Like most people, Mormons have an innate ability to not think about things that challenge their world view.  “I’ll think about that another day,” as Scarlett O’Hara put it.  But as with Poe’s “Purloined Letter,” evidence that the Book of Mormon is a modern production hides in plain sight . . . within its own pages. 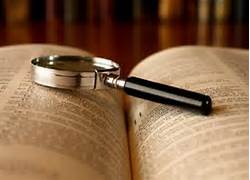 We do not have to look far for evidence of Book of Mormon modernity—the smoking gun is found in the vast tracts of the King James Bible copied into the Nephite record.  It may be a good thing that Book of Mormon readers have historically been stopped dead at the “Isaiah chapters” in 2 Nephi 12-24, where no less than eleven chapters of Isaiah (2-14) are faithfully reproduced from the King James Bible.  Failing to read these chapters makes it easier to avoid the obvious fact that whoever produced the Book of Mormon was doing a lot of cribbing from the KJV.  And I mean a lot.

I grant that the copying of these Isaiah chapters is not word for word, and that there are a few variants thrown in here and there.  But it is undeniable that the KJV was used in some way to produce this section of the Book of Mormon.  Only someone with an axe to grind would argue otherwise.

I have heard members say that the Book of Isaiah was contained in the brass plates taken by Lehi and company when they departed Jerusalem.  This may well be so.  But it does not change the fact that if Joseph Smith were freely “translating” an extremely early Isaiah text, it would not faithfully replicate the language of the KJV.  To boil this down, the KJV was first published in 1611 and was the version widely used in Joseph Smith’s time and place.  How is it, then, that the Book of Mormon, all of which occurred over a thousand years before the KJV was published, nevertheless contains many chapters taken from the KJV?  While the “how” may not be clear, the fact that this is the case is obvious.  And this fact leads ineluctably to the conclusion that the Book of Mormon is a modern production.  It could not have been produced prior to 1611.

It has been postulated that Joseph Smith must have consulted the KJV when he came to such chapters, and followed the KJV where it did not contradict the “translation” he was getting off the plates.  The first thing to note is that the only reason such a theory is put forward is because the plagiarism is obvious.  And while this theory helps resolve some issues with Book of Mormon dependence on the KJV, it runs headlong into statements by witnesses of the translation (including Emma Smith) who are clear that Joseph consulted no books or papers at any time during the process.  That the witnesses agree Joseph dictated the Book of Mormon with his face in a hat only serves to make such postulated KJV consultation less likely. 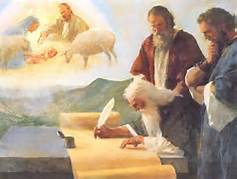 The “Isaiah Problem” becomes only more thorny with the advent of the Deutero-Isaiah theory (and even a Tritero-Isaiah theory), which hold that later chapters of the Book of Isaiah were written pseudonymously after the fall of Jerusalem.  The problem this has for the Book of Mormon is that the brass plates were taken into the desert prior to Babylon dropping the hammer in 587 B.C.E.  If the scholars are correct, none of the Deutero-Isaiah or Tritero-Isaiah material (comprising chapters 44-66) would have been on the brass plates to be copied into the Nephite record.

This would not be so bad if the Book of Mormon quoted only chapters 2-14 in 2 Nephi, but it goes on to quote Isaiah 53 (in Mosiah 14) and Isaiah 54 (in 3 Nephi 22).  How does the Book of Mormon quote material that, according to the best Old Testament scholarship, was not even written by the original Isaiah and could not have been on the brass plates?

In order to explain this, some have maintained a distinctly minority position that the entirety of Isaiah was written by the one prophet (Isaiah) himself about a hundred years before Nephi killed a drunk man in order to steal his brass plates.  It seems clear, though, that this position is argued largely in order to explain why late chapters of Isaiah appear in the Book of Mormon.  (And it should not be forgotten that, even if this were the case, it does nothing to answer why once again, this material from the latter part of Isaiah still appears in good KJV English.)

The New Testament in the Book of Mormon

But the evidence of modernity only continues to mount.  One can argue the unity of Isaiah until the cows come home, but it seems pointless when the Book of Mormon quotes three full chapters from Matthew (5-7 quoted in 3 Nephi 12-15), constituting the entirety of the Sermon on the Mount.  While there are again minor variations in the text, the dependency on the KJV is unmistakable.

I have heard some argue that Jesus just gave the same sermon to the Nephites that he gave in the Old World, like a stump speech a politician gives so many times he knows by heart.  As unlikely as this theory may be, it cannot survive the fact that even if Jesus gave the same speech to the two different groups, it would not result in the same KJV language.

Because the KJV was not published until 1611 and the Book of Mormon nevertheless reproduces page after page of the KJV, it is incontrovertible that the Book of Mormon could not have existed prior to 1611 and is therefore a modern production.  Book of Mormon believers tend to want to whistle past the graveyard on this issue.  I know.  I did exactly the same thing for many years.

It is my opinion that neither response engages fully with the actual text, which to my mind bears unmistakable affinities to both the ancient world and the modern world.  Taking the evidence as a whole, and resisting the temptation of special pleading, I am forced to conclude that the Book of Mormon is neither modern nor ancient, but is both at the same time.  How can this be?  I don’t know the answer to that, but it is where the evidence leads me.  As Socrates said that the unexamined life is not worth living, so I have come to believe that the unexamined Book of Mormon is not worth reading, and perhaps not believing; at least for me.

The position that the Book of Mormon is both ancient and modern may give additional insight into a New Testament parable.  As Jesus said of the scribe instructed into the kingdom of heaven, Joseph Smith appears to have brought forth out of his treasure “things old and new.”  (Matt. 13:52).