This Is My Doctrine: The Development of Mormon Theology By Charles Harrell – Book Review 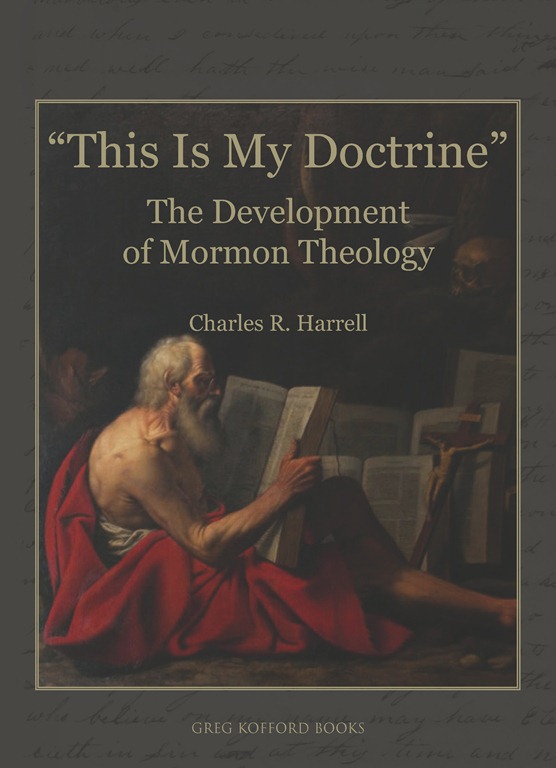 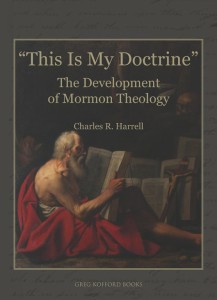 Growing up in the church I was taught that revelations and doctrines build upon one another in a linear upward path, “line upon line, precept upon precept, here a little and there a little”. Not only do doctrines build upon one another, but they also don’t contradict one another and have always been the same because they are founded on never-changing truth. It is often heard that “the gospel is the same no matter what dispensation you live in”, we have just been brought back to the truth (doctrine) through the Restoration. Based on these ideas I made the logical jump to believe that Ancient Israel knew the sublime truths of the Plan of Salvation, temple work, etc. I was even privy to have seminary teachers point out snippets from the Old and New Testament to back up these ideas.

For some time now I have seen that the story is not so pretty. I loved the clean story of my youth and early adulthood because it makes a whole lot of sense in the Mormon paradigm of a loving and highly organized God. The conclusion that doctrines and teachings shift with time, culture, and people was solidifying in my mind prior to reading “This Is My Doctrine”: The Development of Mormon Theology by Charles Harrell. After reading This Is My Doctrine (TIMD) the messy version is more concrete in my mind. 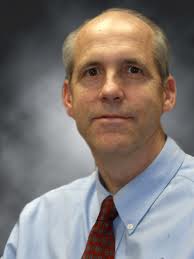 Professor Harrell does a thorough analysis of “how doctrines taught today appear to have been understood in early Mormonism and earlier Old and New Testament times.” A basic doctrine, such as the Priesthood or Final Judgement, is the subject of each chapter, which is then taken through the perspectives and interpretations of believers during several time periods: Old Testament, New Testament, Early Mormonism, Early Nineteenth-Century Christian, Early Mormon (1828-1830), Nauvoo-Period (1835-1844),  Later Mormon, and Contemporary Mormon times. Relying heavily on the critical biblical scholars and archaeologists he is able to formulate the doctrines of religious followers centuries and even millennia ago.

Harrell obviously knows that reading the core chapters of the book are not the most faith promoting. This is especially true if read with the intention of looking for a beautiful picture of how Mormonism’s doctrine, God’s people’s doctrine, has been the same through all times. At times it may seem that the book is refuting LDS doctrines. I myself felt this way after reading section after section on doctrines that do not correlate well with what the current understood doctrines are. I see now that I still wanted to hold onto at least a portion of the clarity found in universal doctrines I grew up with. In the preface and the epilogue he makes a good attempt to explain his purpose due to the critical nature of the text contained in the book. He is very direct in saying that, although he is an active LDS man, the purpose of the book is “meant to be neither apologetic nor polemic”.

TIMD is large in its scope and well researched. Notes abound throughout the text and the book ends with a 37 page bibliography.To many it may be a good reference book, but I found it fascinating enough to read straight through. It was fascinating to see ideas be added, taken away, transformed, or slightly bent to match the understandings, culture, or spiritual inclinations of the time period. Proof-texting, lifting a scriptural passage out of its original context and giving it an interpretation other than that which was originally intended, is a major element of each chapter. It was enlightening to me to find that the interpretations of biblical scholars seemed more compelling to me than modern LDS interpretations. TIMD fills in all of the context of the time period and informs you of what appears to be the intent of the scripture. A lot of the time an Old Testament verse appears to be saying something much more direct when taken in context when compared to the current LDS interpretation.

Some may find TIMD challenging or even unpalatable, but to me it is a work of great courage and insight. It says to me “do not fear the complexity and faults of the doctrine, understand them and grow from them.” I think the title of the first chapter explains it all…Theology, A Divine-Human Enterprise.