Then They Came For Me… 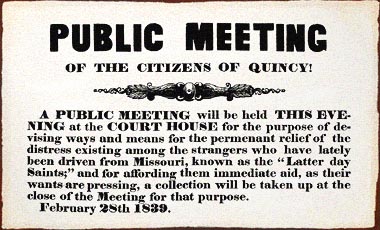 I have been applauding you the last few weeks leading up to last week’s election for being in the front of the anti-Trump movement. You were there at the beginning with Brother Romney worrying about Mr. Trump’s “trickle down racism, bigotry and misogny.”1   I’ve praised you online and here in Oregon amongst my non-LDS collegues; the latter were very impressed. Heck, even Bill Maher was impressed.2, 3

But what happened on November 8, 2016? Seriously. Sixty-one percent of Mormons voted for Donald Trump! That’s higher than any other religious group in America.4

Mr. Trump explicilty has expressed ideas that conflict with what our Church teaches. Allow me to review:

“The Church of Jesus Christ of Latter-day Saints is concerned that any state legislation that only contains enforcement provisions is likely to fall short of the high moral standard of treating each other as children of God.

“The Church supports an approach where undocumented immigrants are allowed to square themselves with the law and continue to work without this necessarily leading to citizenship.

“In furtherance of needed immigration reform in the United States, The Church of Jesus Christ of Latter-day Saints supports a balanced and civil approach to a challenging problem, fully consistent with its tradition of compassion, its reverence for family, and its commitment to law.”5

“Our principle, I declared to the president, is that we love our neighbor, which means we love all people, in all places and at all times,” President Uchtdorf said. “One of the core values we stand for is families. The separation of families (in U.S. immigration policy) isn’t helping…First we need a just and caring law balanced with the values and principles that we love our neighbors, that families stay together, and enforce just and compassionate laws.”6

“I don’t think they have American citizenship and if you speak to some very, very good lawyers — and I know some will disagree — but many of them agree with me and you’re going to find they do not have American citizenship. We have to start a process where we take back our country. Our country is going to hell…No. 1, the 14th Amendment is very questionable as to whether or not somebody can come over, have a baby and immediately that baby is a citizen. OK?…You have people on the border and in one day they walk over, have a baby. And now all of a sudden we’re supposed to pay the baby … medical, Social Security,”7

“I feel certain that men who demean women in any way will answer to God for their actions.”9

“Donald J. Trump is calling for a total and complete shutdown of Muslims entering the United States until our country’s representatives can figure out what is going on.”11

The following day, December 8, 2015, in response to Donald Trump’s anti-Muslim rhetoric, the LDS Church published statements from our founding Prophet, Joseph Smith, Jr., and reiterated his teachings and the Church’s stance regarding religious liberty:

“Be it ordained by the City Council of the City of Nauvoo, that the Catholics, Presbyterians, Methodists, Baptists, Latter-day Saints, Quakers, Episcopals, Universalists, Unitarians, Mohammedans [Muslims], and all other religious sects and denominations whatever, shall have free toleration, and equal privileges in this city …

—Ordinance in Relation to Religious Societies, City of Nauvoo, [Illinois] headquarters of The Church of Jesus Christ of Latter-day Saints, March 1, 1841″12

On October 16, Church-owned Deseret News did something it hadn’t done in 80 years. It spoke out against a presidential candidate:

“Accordingly, today we call on Donald Trump to step down from his pursuit of the American presidency…We prefer to stand for something rather than against someone. But this is one of those rare moments where it is necessary to take a clear stand against the hucksterism, misogyny, narcissism and latent despotism that infect the Trump campaign even as we hope for a more auspicious future of liberty, prosperity and peace for the nation.”13

Do you see any disparities? I do.

But I know.  Hillary’s emails.  You know, you could have voted for a third party or not voted at all.

The Monday before the election while at work, the non-LDS surgeon with whom I was working said to me, “Well, we will see tomorrow if Mormons are really about family values. We will see if they really beleive it.”

I guess we Mormons don’t believe in family values. Congratulations. We had the oportunity to do the right thing, but instead we clung to our politics more closely than our principles. We saw our allegiance to the Republican party as greater than our allegiance to our Church and to the Gospel of Jesus Christ. We are no better than the Evangleical sell-outs. No, we are worse, because I expected better. And many in the media sold us as better.

First they came for the Socialists, and I did not speak out—
Because I was not a Socialist.

Then they came for the Jews, and I did not speak out—
Because I was not a Jew.

Then they came for me—and there was no one left to speak for me.

His words perhaps are prophetic to our people.  This week we learned that President-elect, Donald Trump’s, appointment of chief strategist is Stephen Bannon. He is a known white supremacist and anti-Mormon.14, 15

“Then they came for me – and there was no one left to speak for me.”

So next time I say something pro-marriage equality, or pro-gender equality, or point out institutional racism, keep your mouths shut. You have no right to speak now.

Your Brother in Christ Jesus,