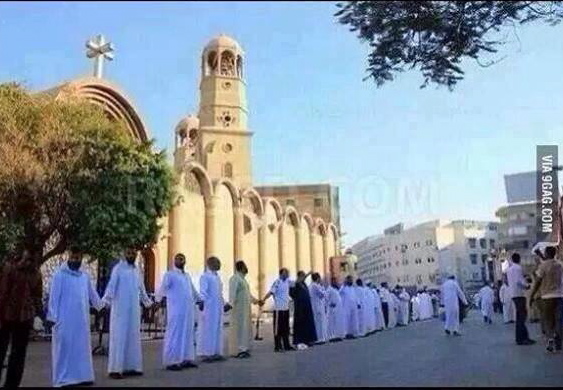 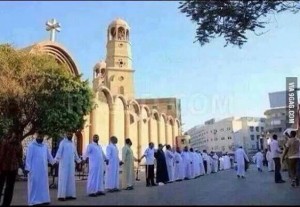 Egyptian Muslims hold hands and form a protective circle around a Catholic Church, under threat from Islamist militant supporters of former-President Morsi from the Muslim Brotherhood.
Read more at http://global.christianpost.com/news/viral-photo-shows-muslims-protecting-church-in-egypt-as-congregants-attend-mass-amid-threat-of-attack