The Truth of Untrue Storytelling in Mormonism 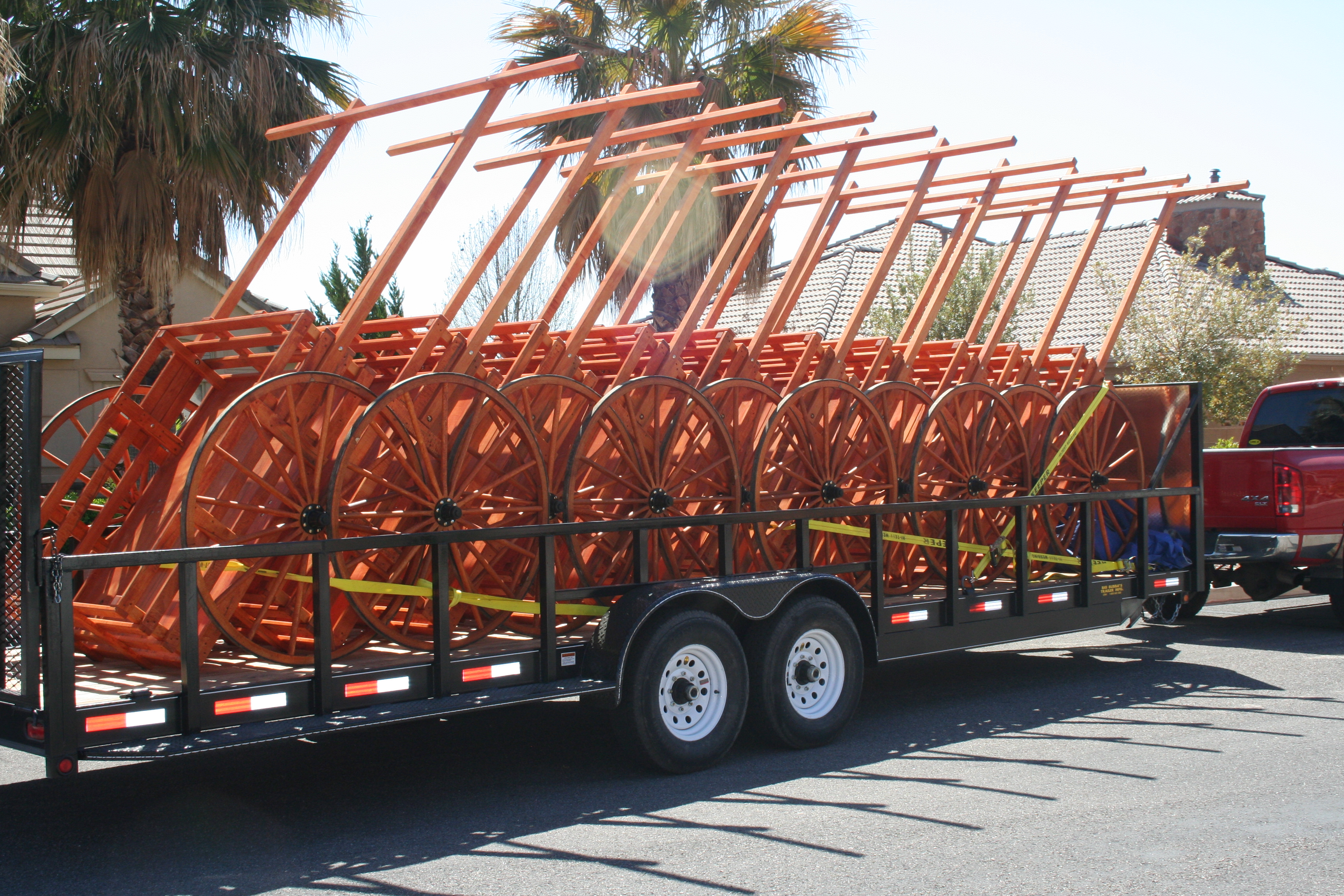 “But it didn’t happen that way! Why is the Church lying to me?”

A common point of frustration many Mormons have found concerns the inconsistencies and contradictions between the official stories being told and the actual history behind those stories. Many then ask, “But it didn’t happen that way! Why is the Church lying to me?” The feeling then is of betrayal and dishonesty, not edification and truth. It is at this point that the larger house of cards come crashing down and whatever truth was once enjoyed in these stories have been eroded into irrelevance and at times bitterness.

I sympathize with these statements. I understand the pain and frustration. At the same time, it is important to remember what storytelling means within a broader religious context. People tell stories, and historical accuracy has rarely been an essential component of conveying a true story. For example, whether or not the Buddha really threw an elephant over the wall or whether or not he walked on water is much less interesting to a Buddhist than what the story is trying to solve and the spiritual or mental orientation such stories are seeking to encourage. A story might be historically false, but it can still be very true. Stories get retold because they are relevant and meaningful, not because they actually happened. We could say they tell principles that happen, even if the events didn’t happen. Another way to look at it is that these stories illuminate internal realities even if the telling of external events proves inaccurate.

This brings us to a recent story that Mormons throughout the world have recently retold in Mormonism’s correlated Sunday School – the Willie and Martin handcart companies and the Sweetwater River rescue.

In the official lesson, President Thomas S. Monson recites the story of the Sweetwater Crossing as written by Solomon F. Kimball in 1914 in the Improvement Era:

“Three eighteen-year-old boys belonging to the relief party came to the rescue; and to the astonishment of all who saw, carried nearly every member of that ill-fated handcart company across the snow-bound stream. The strain was so terrible, and the exposure so great, that in later years all the boys died from the effects of it. When President Brigham young heard of this heroic act, he wept like a child, and later declared publicly, ‘That act alone will ensure C. Allen Huntington, George W. Grant, and David P. Kimball an everlasting salvation in the Celestial Kingdom of God, worlds without end.'” (LeRoy R. Hafen and Ann W. HAfen, Handcarts to Zion, 132-33)

This story is both powerful and relevant, but is not historically accurate. For example, as explained by Church historian Chad M. Orton, there were more than 3 (at least 18 rescuers, but at least 5 actually carrying people across while others helped in other ways) who braved the cold waters, none were eighteen (their ages ranged from 16 to 24), only about 1/3 were actually carried, and none of the rescuers appeared to die from consequences of exposure to the freezing water. Beyond this, both Brigham Young and Heber C. Kimball publically praised these Sweetwater rescuers, but did not base the salvation of these young men on this one act, but rather this act in connection to a full life of living the gospel and enduring to the end. (Chad M. Orton, “The Martin Handcart Company at the Sweetwater: Another Look,” BYU Studies 45, no. 3 [2006]: 8-12)

Storytelling includes a simultaneous remembering and forgetting that allows for a particular picture to emerge for a specific purpose. The picture that emerges here is one of easily defined savior figures and a theological narrative that connects us to that of the heroics of Christ himself. As Mormons throughout the church re-enact this handcart trek and even the river crossing, they are creating group memories and a shared sense of what it means to be “Mormon.” The handcart story is thus ever-present among Mormons in the 21st century. It didn’t happen in 1856, it happened in 2013.

What then have we chosen to forget in this performance of remembering? The Willie and Martin handcart companies represent the single largest failure of the Mormon westward movement, illuminating also the dangers of overzealous and fanatical leadership and the perils of blind obedience. Yet the story has become one of the most repeated and inspiring of Mormon stories, reminding us of the meaning of suffering and the importance of not criticizing priesthood leaders. The handcarts, though less than 5% of the actual Mormon pioneer system, makes up the majority of our conversations, lesson, and talks about pioneers. In other words, there is something about this story that solves something much deeper than our concern to portray an accurate history.

What does this story solve?  The handcart rescue story represents a type of Mormon theodicy, which means it answers the question as to why suffering happens in the world. There were those pioneers who laughed and sang their way across the plains, but our remembrance is on those who died (even when they actually didn’t). We remember that suffering brings spiritual insight and for the rescuers, Celestial glory. But what is forgotten is Mormon leaders like Elder John Jacques and others whose overzealousness and religious fanaticism cost the unnecessary deaths of 200 Mormons and the unimaginable suffering of hundreds more, and that while some gained spiritual insight, others left the church. This unspeakable tragedy not only interrupted the hopes of many faithful Mormons and their never-to-be posterity, but also hurt the society of Saints in the West who desperately depended upon such immigrants for the success and growth of Zion. Because this story is a theodicy, this side of the story does not get retold and thus disappears from the collective Mormon memory.

Storytelling has never been an innocent endeavor. In 1857, stories by Mormons led to the massacre at Mountain Meadows, while stories about Mormons in Utah inspired Pres. James Buchanan to send troops to Utah as a point of philanthropy for a deluded people. Popular rescue stories have also emboldened US imperialism under the logic of rescue. Stories can inspire great heroics (such as the Sweetwater rescue), but can also exploit the powerless, crush dissent and uphold the oppressive policies of the powerful. As history shows, stories can be so powerful, that even the powerless appropriate the very stories that oppress them. It is important then to be aware of how we tell stories and to be careful about what we have agreed to collectively forget. Ignorance mixed with storytelling can be dangerous for any religion, and Mormonism is no exception. Our goal in telling stories then should not be merely to reaffirm what is already comfortable, but to also allow us to complicate and challenge.

Even in its fabrications, this story is true; it is true because it motivates and changes lives. It uplifts and inspires. However important Mormons hold written texts as scripture, this event, together with those who physically re-enact them, create a type of lived scriptural text that renews individual commitment and defines group identity as it relates to the past. Though this story does not take place within the Mormon standard works, it is also powerful and authoritative, becoming a type of “lived” Mormon Scripture. Under such a dynamic canon of Scripture, the Mormon faith has been easily grasped and performed by all, particularly 18-year old young men readying themselves for missionary service. At the same time, there is no reason new stories of this event cannot be told in more historically accurate ways, ones that generate broader discussion; not just about finding meaning in suffering, but of avoiding unnecessary suffering altogether.

The following was originally posted at Worlds Without End: http://www.withoutend.org/truth-untrue-storytelling-mormonism/

Konden Smith has degrees in both history and Religious Studies, earning his PhD from Arizona State University in American religious history. He now teaches Modern Christianity at Northern Arizona University and American Religion as Arizona State University. He has two books, one an edited volume on Reed Smoot and American religion, and the other detailing the co-evolution of the Mormon and Protestant kingdom of God in America. Having published on topics such as Islam, national culture, politics and Mormonism, Konden’s primary interests are on identity formations and religious conflict on a national level.

All posts by Konden Smith