The Theology of the Proclamation 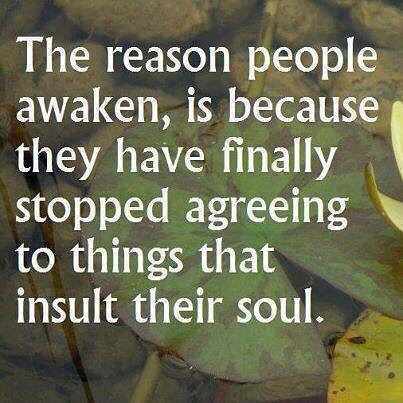 Theology matters to me.  I know it is normal to ascribe nefarious intentions and motives to why people leave the Church and they usually begin and end with sin, offense and being weak.  You can really point to any and every reason except (1) the doctrine or (2) the brethren.  However, my exit from Mormonism is directly impacted and driven by both modern interpretation of doctrine and the words and actions of the brethren.  But even in my spiritual life beyond Mormonism, theology and spirituality are still very important parts of my life.

I don’t generally read or watch conference talks anymore.  My only reason for listening to Oak’s 2017 General Conference address was because I wanted to spell out, for whomever is interested, why this is such a problematic talk.  It causes harm to the LGBT community whom I love and care for deeply.  And so, it warranted a response.

From the start Oaks is intent on drawing lines and defining who is on each side of the line. He draws on scripture and the prophet to define these exclusions.

Quoting James, “whosoever therefore will be a friend of the world is the enemy of God.” Quoting Monson, “it is essential that we reject anything that does not conform to our standards.”

This talk is primarily geared toward addressing the Proclamation and its opposition to same sex marriage. Oaks is drawing definitive lines that anyone who supports same sex marriage is “an enemy to God” and should be “rejected”.

Oaks says, “The gospel plan that each family should follow to prepare for eternal life and exaltation is outlined in the Proclamation…”

“Converted Latter Day Saints believe that the Proclamation…is the Lord’s re-emphasis of the gospel truths we need to sustain us.”

The Proclamation and Oaks talk are almost exclusively focused on exaltation. Salvation, the Atonement and the gospel Jesus taught are at best an afterthought or a lessor gospel. And this is the real issue –

In the pursuit of exaltation, Mormons have completely disregarded and ignored whom we exclude on that basis. Meaning, if you are not on the path of exaltation within Mormonism, they will deny you the ordinances of salvation (baptism, gift of the Holy Ghost). Everything is judged on top tier membership in the Celestial Kingdom at the expense of everyone else.

And if the pursuit of Celestial exaltation harms or detracts from the work of salvation, I would suggest that you need to explore whether your doctrine of exaltation is accurate or not. Because God may have a problem with that.

For those wondering why Elder Oaks would speak against same-sex marriage (again) in such strong language in General Conference, there is actually very good reason. The position of the Church is teetering on the edge of collapse. Not only is same sex marriage legal, but some courageous members are on a historical, biological and theological basis completely unraveling the Church’s weak position.

Recently, Bryce Cook‘s essay “What Do We Know of God’s Will For His LGBT Children? An Examination of the LDS Church’s Position on Homosexuality” does a complete review of the theological, ethical and moral stand of the Church.

Last week, Greg Prince gave a lecture at the University of Utah that establishes without question that homosexuality is biological. He also notes that the Church’s position on homosexuality has been changing and backtracking (not eternal and unchanging) since the 1960s and 1970s. The fact that the Church’s position has changed isn’t a problem unless you hold to belief that Church doctrine never changes.

Greg Prince is also finalizing a history called Mormon and Gay which is a comprehensive history of the Church’s history with LGBT issues. Greg is an accomplished and published historian.

So, there is plenty of powerful information out in the world that Elder Oaks needs to scare members away from in order to maintain the current status-quo in the Church. Much like how the Exclusion Policy was intended to limit members being exposed to healthy, happy same sex couples. It’s not the children of said marriages being protected, but the cognitive dissonance of the members.