The Stone-Campbell Movement and the Restoration of the Primitive Church 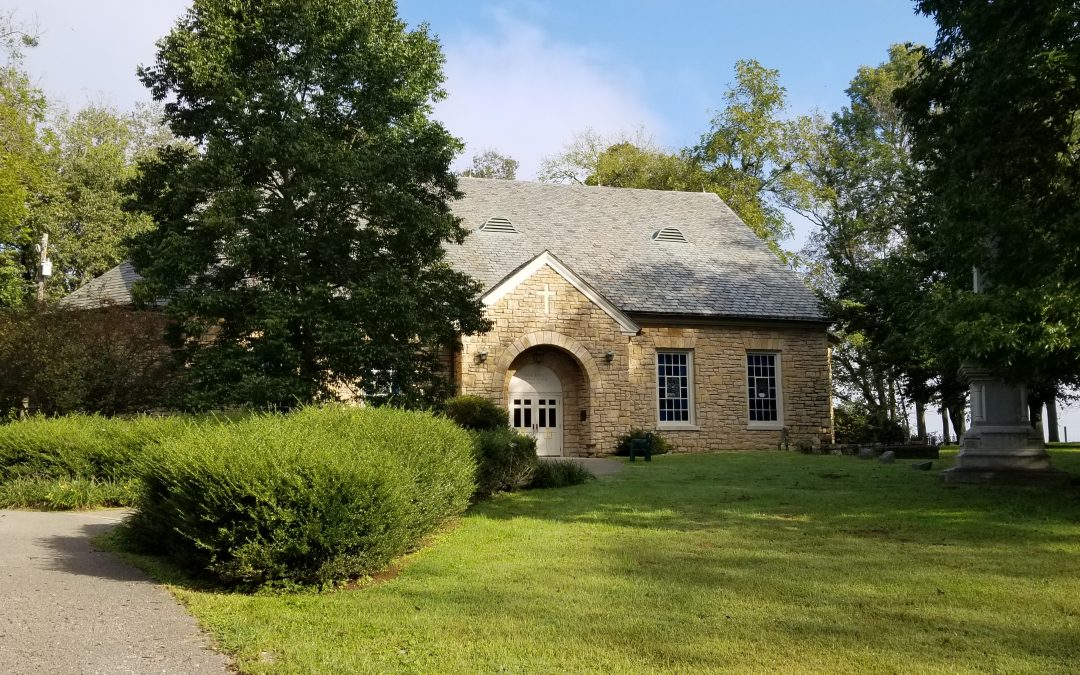 In rural Bourbon County, Kentucky stands the Cane Ridge Meeting House where Presbyterian minister Barton W. Stone preached from 1796-1812. A key site in the development of the Second Great Awakening, a massive religious revival took place here in 1801 where attendees manifested gifts of the spirit: speaking in tongues, visions, healings, etc. In 1804, Stone joined with five other Presbyterian ministers to declare their independence from the Presbyterian Church and their intention to restore Christ’s original church to the earth. They called themselves “Christians” or the “Christian Church” to signify their intention to live out the pure original church of Christ. They rejected the creeds of traditional Christianity, preached a simple Christian life, and believed that their efforts to restore the primitive church would hasten the coming of the Millennium and Christ’s Kingdom on earth, which they eagerly anticipated. 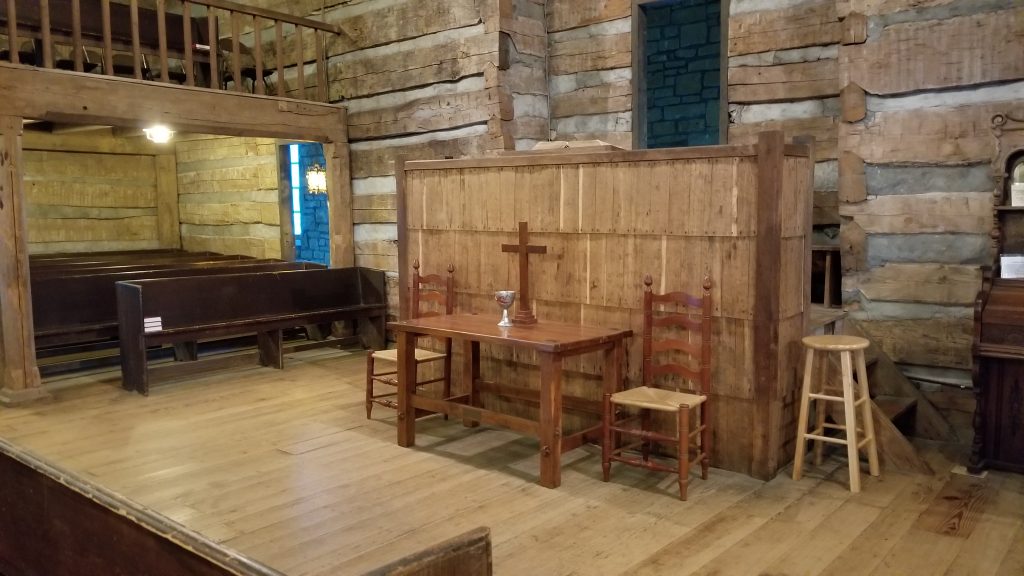 Meanwhile, Scotch-Irish immigrant Thomas Campbell and his son Alexander began a religious movement in rural Pennsylvania also aimed at purifying Christianity so as to restore Christ’s original “apostolic” church. Throughout the 1810s and 1820s they preached the importance of baptism by immersion and local governance of congregations. He believed that there was one true church of Christ that could be discerned from the Bible. The Campbells also anticipated a Millennial reign, believing that the various denominations and branches of Christianity could be united to usher in the Millennium. Alexander Campbell even published his own translation of the Bible in 1826. They called themselves “Disciples,” hearkening to the term used by New Testament followers of Christ.

In 1821, Baptist minister Sidney Rigdon joined the Campbell Disciples movement. He was an enthusiastic believer in the idea of restoring the primitive church. He often accompanied Alexander Campbell on his ministry travels. Eventually leading a Campbellite Baptist congregation in Ohio, his preaching attracted the likes of Parley Pratt and Edward Partridge. Rigdon broke with Campbell in early 1830 as Rigdon went to organize an experiment in communal living near Kirtland, Ohio. In late 1830 Rigdon was introduced to missionaries from the Church of Christ, another recently-organized church in New York preaching Christian primitivism and the imminent Millennial reign of Jesus Christ on the earth. Rigdon quickly converted and he moved to New York to join that church where he became a chief theological advisor to the Church of Christ’s founder.

Two years later, Barton Stone and Alexander Campbell agreed to merge their two movements in 1832 in Lexington, Kentucky, given the common set of beliefs and aims. The new church that emerged from the Stone-Campbell merger was called the “Disciples of Christ.” The Disciples celebrated communion on a weekly basis (this is notable given that the norm of the era was monthly or yearly, and remains so in many Protestant denominations). They rejected the idea of the Trinity, finding no support for it in the Bible. The term “reformation movement” was common to describe Stone-Campbellism and similar phenomena, but the term “restoration movement” also became popular as a way of describing the various denominations associated with the movement. Over the years, the Disciples split off into a variety of other denominations. Today, the Churches of Christ are the more conservative/traditional and the Disciples of Christ are the more liberal/progressive in theology and practice, with several others scattered along the spectrum.

Barton Stone passed away in Missouri in 1844 and his remains were reinterred in Cane Ridge, Kentucky in 1847. The Cane Ridge Meeting House and Barton Stone’s burial place can be visited to this day.

More information about the Stone-Campbell movement and the history of American Restorationism can be found here: 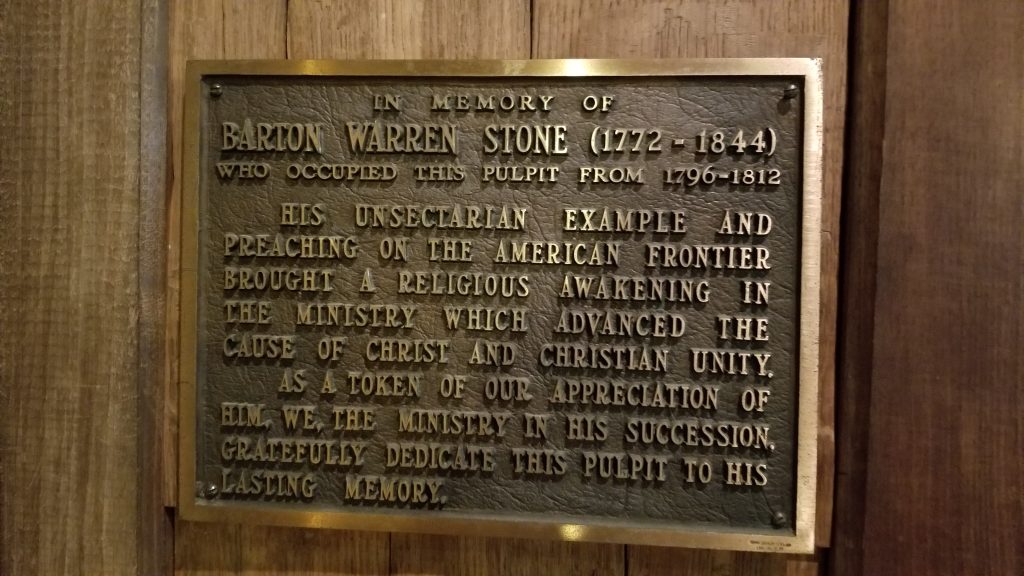 Photo credit: all photos by the author, except for the Barton Stone portrait header image, Wikipedia Commons