The Problem with the Layman Confessor 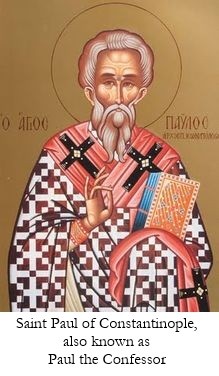 (This post was co-authored by my husband, William John Silverman, Jr.  This is something he and I have discussed together at great length, and the words here are a joint effort.  You can check out William’s bio on our guest blogger page.)

Let’s talk vulnerability.  Most moments of vulnerability come when we find ourselves in a position to open up to someone, in other words, to place our trust in someone. When we expose secrets (whatever they are) about ourselves to someone else (whoever they are), we put ourselves into a vulnerable situation. That vulnerability is, to some degree, a cultural construct that comes from centuries of conditioning that resulted from harsh judgment, penalties/punishments, ostracism, and even the simple fear of what that other person, or anyone, might now think about us.

In the church, members are encouraged to take advantage of the atonement. We appreciate that focus, but are often befuddled by the innumerable roads men and women have taken to find the peace which only forgiveness brings. This is where the vulnerability comes in because the policies of the church require us to have a confessional with our bishops (and sometimes stake presidents) depending on the degree or severity of our transgressions.  We see these men as our judges in Israel and so the deciders of our worthiness.  And this process totally goes down like a box of chocolates because you never know what you are going to get.  You can get a kind, loving bishop who handles you with delicacy—or you could get a judgmental bishop who makes you jump through unnecessary hoops until he deems you worthy again.  We’ve all heard ample stories from across the spectrum.  This is especially a problem for the youth of our church, and maybe even especially for girls.  William, by his own admission, never voluntarily confessed anything to a bishop as a youth until he faced specific questions from his bishop.  While he was mostly a good kid, he had his share of indiscretions.  Why did he not consider bringing up his sinful nature in the multitude of interviews he had over the years despite knowing full well, in most cases, based upon what church leaders had taught him, that many of the things he had participated in were sinful and in some cases, in need of serious repentance? One word: awkward. And he admits now that he cannot even fathom how uncomfortable a young woman feels when she confesses sins of any kind, but especially sexual transgressions to an older (sometimes much older man). The thought of doing it made even him cringe, especially when it came to sexual transgressions.

And looking back over the years, he has had conversations similar in topic with several different leaders, and each one of them has reacted differently.  The one that stands out for him, and that he feels left him with a greater desire to live righteously than any other, came from a really gentle leader.  After going through the confessional, William was sitting in agony awaiting the response, having been convinced based upon what people in the church taught, that something was wrong with him and that someone as righteous and close to the spirit as this leader would think he was disgusting.  However, this priesthood leader, in an instant, said these exact words: “well … the Lord has forgotten about it and so will I. Have a nice day.”  So simple, so loving, so kind.  The end.  William rode a spiritual high for months.

For Leah Marie’s part, the pinnacle experience she had with a priesthood leader was not so warm and fuzzy. When she was in college (her freshman year) she had a one on one with a bishop that turned into something very, very awkward.  He asked questions and used language that made her squirm in a big way.  She remembers giving short answers and plowing through the conversation because she just wanted it to end.  She wishes that she’d had the courage to say something to him about how inappropriate the conversation was. But not only was she merely 18, he was an authority figure, and she’d been taught all her life that he was the judge of her worthiness.  She thought she had no control over that conversation.  And the memory of that conversation haunted her for years.  It wasn’t until years later, in conversation with a different bishop as she discussed the haunting of the memory, that she received some validation that the old bishop had been totally out of line.  That went a long way in healing some damage done, but the memory still burns. It burns.

Another experience that Leah Marie had was not actually with her own confessional.  Once upon a time she was serving in a Young Women’s presidency, and had a troubled young girl sit in front of her after their weekly activity and spill her guts.  She was in a bad way.  Drugs, sex, and rock n’ roll (minus the rock n’ roll).  It was a full on confessional and Leah Marie was the confessor.  This young woman had clearly come to a precipice and wanted to back down from it.  Her grief was evident, and her desire to close that chapter of her life and make a different path were clear.  She was ready to clean her slate and start anew.

The problem?  That confessional didn’t count.  What might have been a cleansing moment and a big breakthrough for her ended with her saying, “But, my parents are making me go see the bishop this week and I just can’t tell him all of that.  I can’t.” It wasn’t that she wasn’t sorry for her choices, and it wasn’t that she didn’t want to make some changes.  It wasn’t that she lacked faith, and it wasn’t that she wasn’t willing to work hard and be accountable.  It was that the shame and awkwardness of sitting in front of a much older man (even though he was actually a wonderful man and she would’ve been winning the leadership roulette there, she just didn’t know that) and talking about intimate things was too much for her.  And we can’t blame her, can we?

Part of the problem here is the dynamic of a young woman sitting with a much older man and discussing intimate sexual things.  As the parents of three boys, we are also concerned with having our young men (when they reach that age) sit with a much older man and have these conversations.  We’ve become hyper aware of the fact that this is a gender neutral problem. And there is no other circumstance in which we would see that as acceptable (think of it: a teacher at school? no. a coach? absolutely not? a neighbor? call the cops).  Regardless of the fact that bishops in the LDS church are left *entirely* untrained to council in these matters, our culture has trained us to believe that this is somehow acceptable.  Perhaps because we believe that bishops are called of God, and so have the “mantle” they need to address these issues.  We might believe that were true, if I didn’t have so many stories (ours and others’) under our belts about how poorly some bishops have handled these situation.  Indeed, in some of these stories the bishops behavior was downright criminal, as in, could totally qualify for sexual harassment.

We’ve got a couple of solutions.  One is to involve more women in the process in general.  And we still believe that would help in many cases.  Either having a woman whose job it was to sit in (the Relief Society or Young Women’s President?) or giving women permission to stand is as a judge for other women.  We think this should especially apply to disciplinary councils, since we’ve heard some pretty horrific stories of what women have faced in these meetings.  They say the intent of a disciplinary council is to help people return to Christ, but when women come away from being interrogated by a group of men about intimate sexual details of their lives, they more often come away feeling more violated than they do redeemed.

Another solution—that we as parents plan on employing—is to have a parent sit in on all interviews with a minor.  When you think about it, this really should be a no brainer.  However, many people have started demanding this and get a lot of push back from their leadership.  We’ve heard stories about parents telling the bishop in clear terms that he cannot meet with their child without a parent present… only to have the bishop secretly pull the child aside and do a clandestine meeting anyway.  That is actually pretty common, and the bishops in those cases feel totally justified in doing so. Which is horrifying.  So, we plan to be clear, we plan to be firm, and we plan to file police reports if our wishes are not respected.  No joke.

But, here is the ultimate solution.  And that is for the bishop to remember who he is and what he is doing there. A bishop is a judge in Israel, yes, but we feel as though far too often, that is all a bishop sees himself as: a judge, ready to hand down a verdict and punishment. However, a bishop is first a shepherd who watches over one of the Lord’s flocks. He is meant to stand in for the Lord, act as an advocate. The bishop is he who should, as the Lord often did, offer comfort. The point we are trying to make is that when someone places themselves in that position of vulnerability that we discussed, and confesses to a bishop or priesthood leader and is met with resistance, immediate judgment, and harsh punishment, they are more likely to regress spiritually; and to feel their worth diminish.  But when met with love and not with judgment, that same man or woman will feel the love of our Savior and the power of His atonement.

And so many of these awkward, terrible, and sometimes harassing moments would be avoided if these bishops would remember they are standing in for the Savior.  Would the Savior probe into a young woman’s sexual life so much that she came away from a conversation with Him feeling violated?  Would he ask a 12 year old boy such intimate details about things like masturbation that the young boy came away from the conversation feeling dirty?  No. And the idea of the Savior saying those things is disgusting to those who worship Him.  The idea of bishops saying those things and having those conversations should be equally disgusting.  Just as the Savior said to the woman taken in adultery (without needed to know the details of her transgressions), so every bishop should simply say to the humble repentant man or woman, girl or boy, “neither do I condemn thee.”