The Nephite Ministry of Jesus Christ—Part 3 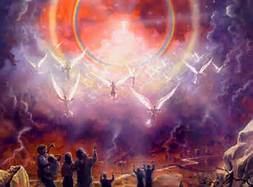 This is the final of three articles.  The first article looked at how Jesus’ ministry to the Nephites begins with three chapters quoted from the New Testament, being the Sermon on the Mount as found in Matthew 5-7; how those chapters are not just filler, but how pieces of the New Testament chapters are “brushed forward” and found in approximately 15 places throughout the rest of his subsequent teachings. (To read the first article, click here.)

The second article explored how Jesus’ ministry to the Nephites ends with three chapters quoted from the Old Testament, being Isaiah 54 and Malachi 3 and 4; how those chapters are not just filler either, but how pieces of the Old Testament chapters are “brushed backward” and found in numerous places in his previously recorded teachings and deeds. (To read the second article, click here.) 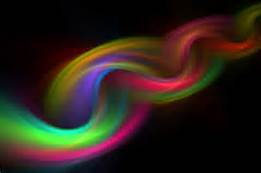 This indicates a high degree of structure, sophistication and planning.  It is not what one would expect from a narrative being dictated off the cuff.

Adding to the complexity of the narrative is the fact that a readily identifiable structure appears to be superimposed on the text.  This article will explore this structure. 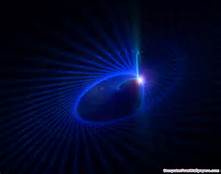 Perhaps that is why it is so impressive to me that the Book of Mormon seems to always remember.

For instance, 1 Nephi 5:10 says that Lehi “prophesied many things concerning his seed.”  The text then goes off on a tangent of how Nephi and his father kept the commandments and obtained the brass plates; then Nephi’s statement that he will write the things of God on the small plates and not go into too much detail about more wordly things because they are in the record of his father, and that he will command his “seed” to do the same.  This digression goes from 1 Nephi 5:20 all the way through 1 Nephi 6 (an admittedly short chapter), but sure enough, when we get to 1 Nephi 7:1, the subject is resumed with the words, “And now, I would that ye might know that after my father, Lehi, had made an end of prophesying concerning his seed . . ..”

Another example is 2 Nephi 26:1 which speaks of the time “After Christ shall have risen from the dead he shall show himself unto you, my children, and my beloved brethren.”  A digression follows until it picks up on this subject again, resuming in verse 9, “But the Son of righteousness shall appear unto them; and he shall heal them, and they shall have peace with him.”

Now, to the point—a classic example of this “resumption” is found in 3 Nephi where in 16:16-17, Jesus says, “Verily, verily, I say unto you, thus hath the Father commanded me—that I should give unto this people this land for their inheritance. And then the words of the prophet Isaiah shall be fulfilled, . . .” (Three verses of Isaiah are then quoted to complete chapter 16.)

Then ensues a lengthy digression of three chapters , where at the beginning of chapter 17, Jesus says the people can’t understand his words right now, so he is going to give them the night to think about it, because he has to go to his Father, and then to the ten tribes of Israel. 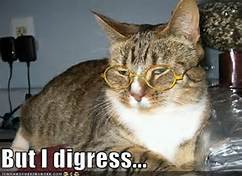 But the people long for him to stay, so chapters 17-18 are filled with things that Jesus did and taught the Nephites at the end of the first day but after he had originally planned to leave.  Jesus finally leaves at the end of chapter 18.  Chapter 19 has the Nephites going out to gather in everybody to the temple so they can be there the next day when Jesus arrives; then the disciples teach the assembled crowd what Jesus taught them the day before; all are baptized; and a great deal of praying ensues, during which Jesus joins them in prayer and offers his own intercessory prayer to the Father, which continues into the first ten verses of chapter 20, where the sacrament is again provided and partaken of by the multitude.

So, what was it Jesus was talking about right before he intended to leave the Nephites the first time in 3 Nephi 16:16-17?  You can be forgiven if you have to look back to check.  Imagine how much more difficult it would be to remember if you had read all of 3 Nephi 16:18 through 3 Nephi 20:10 before being asked this question.

But the Book of Mormon remembers with absolute clarity and “resumes” the discussion with Jesus saying, “Behold now I finish the commandment which the Father hath commanded me concerning this people, who are a remnant of the house of Israel.  Ye remember that I spake unto you, and said that when the words of Isaiah should be fulfilled . . . (3 Nephi 20:10b-11a.)  Jesus even makes it clear that he is referring back to what he said three chapters before (“Ye remember that I spake unto you”) and sure enough, he does.

This resumption of the narrative in 3 Nephi ends up playing a part in the overall structure of Jesus’ ministry. 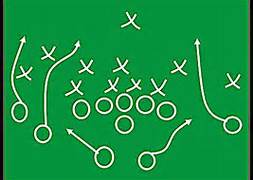 The structure resembles a chiasmus.  It would be too much to say that it is a perfect chiasmus, but the obvious pairing of events and teachings is present as shown below, and appears to be of such a nature as to indicate an intentional structuring on the part of the author.

A–(Chapter 11) Jesus appears to the Nephites; his first order of business is to do away with contention (regarding the proper mode of baptism); and he sets for this doctrine (consisting of faith, baptism and receiving the Holy Ghost).

E–(17) Jesus heals and prays for the people in words to sublime to be recorded.

F–(17:24) Angels come down and minister to little ones who are encircled with fire.

H–(19:1-13) All night, word goes out and people gather to temple the next day where 12 disciples teach  them what  Jesus taught, baptize them, and Jesus appears again in verse 15.

F’—(19:14) Angels come down and minister to 12 disciples who are encircled with fire.

E’—(19:16-36) Jesus appears and once more there is a prayer fest in which Jesus prays words to sublime to be recorded.

D’—(20:11) Jesus picks up again on where he left off with the three verses of Isaiah.

C’—(20:12-chapter 22) Jesus teaches concerning the scattering and gathering of Israel in the last days.

A’—(27) Jesus appears to Nephite disciples, does away with contention (regarding the name of his church), and sets forth his gospel (13-21), which is the same as the “doctrine” he set forth in chapter 11.

It is hard to see this structure as anything other than intentionally superimposed on the narrative.  If this is the case, it means that at one and the same time as the ministry of Jesus was being dictated by Joseph Smith: (1) The New Testament chapters are cited first and “brushed forward” throughout the balance of Jesus’ ministry; (2) The Old Testament chapters are cited at the end and are “brushed backward” throughout the preceding recounting of Jesus’ ministry and acts; and, 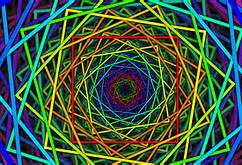 (3) All of this is happening within the constraints of the literary structure described above being superimposed on the whole.

While there is one New Testament reference that occurs prior to the New Testament chapters being cited, and at least one Old Testament passage possibly forming the economic system of 4 Nephi which follows, the above is a fairly accurate synopsis of the situation presented by the text of 3 Nephi 8-27.

I am not arguing here that there is no way Joseph Smith could have done this.  What I am arguing is that whoever did this created a literary masterpiece.