The Monopoly on Righteousness 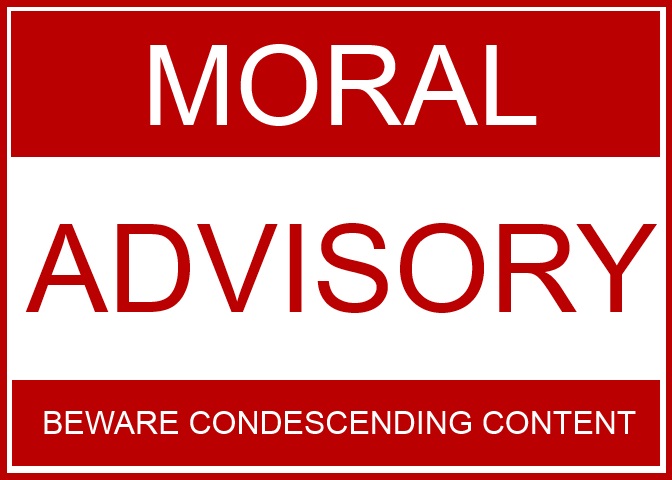 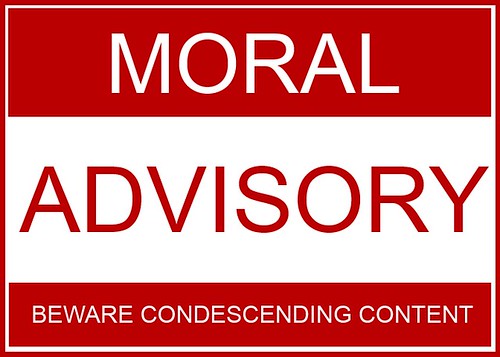 There seems to be a pervasive theme among the Mormon culture.  It is not overtly outspoken (I think because there is no way to say it without really sounding like a jerk), but it is there in the underbelly of many Gospel Doctrine classes.  The idea is that Mormons have the monopoly on righteousness, on truth, on access to the Holy Ghost, and on salvation in general.  To be fair, I don’t think that Mormons are totally unique in this.  Much of Christianity exhibits a similar pride.  Mormons just take a special edge to it because, you know, we have the “fullness of the Gospel” and “the Gift of the Holy Ghost”.

I’m really not sure where this attitude comes from.  I know that we believe there are certain requirements (ordinances and whatnot) that are necessary for entry into the Kingdom of Heaven.  But, we also believe that there is more than one way to satisfy those requirements (like proxy).  So, it doesn’t seem like we’ve any right to look toward our fellow man here on earth and assume we have any kind of edge over them.

But there are hoards of Mormons who (intentionally or not) work under the assumption that they have a moral superiority.  They assume that they have a better understanding of God, of righteousness, of scripture, or the meaning of life…  And so they assume that they are also more primed for salvation than their fellow man.  This makes me think of Doctrine and Covenants 18:20, “Contend against no church, save it be the church of the devil.”  If we are making those assumptions about our monopolies on all things gospel, we are unintentionally contending against other churches, religions, and people.  Because we are creating a knowledge barrier, creating an us and a them, that doesn’t really exist.  And one of the biggest problems with this is that when we run into someone that doesn’t see things the way we do, it becomes too easy to jump to the conclusion that this is because we just know more (or have better beliefs and/or more faith) than they do.

I actually learned recently that there are still whole groups of Mormons that believe that “the church of the devil” (or the “great and abominable church” or the “great whore of all the earth” and other fun lingo) is a reference to the one and only Roman Catholic Church. (Oh, Mormon Doctrine, when will we be able to quit you?)  In their honor, I’d like to share this recent quote from Pope Francis:

“The Lord created us in His image and likeness, and we are the image of the Lord, and He does good and all of us have this commandment at heart: do good and do not do evil. All of us. ‘But, Father, this is not Catholic! He cannot do good.’ Yes, he can… “The Lord has redeemed all of us, all of us, with the Blood of Christ: all of us, not just Catholics. Everyone! ‘Father, the atheists?’ Even the atheists. Everyone!”.. We must meet one another doing good. ‘But I don’t believe, Father, I am an atheist!’ But do good: we will meet one another there.”

I’m gonna ignore the fact that other hierarchy in the Catholic church came out and made statements afterwards that watered this one down.  And Catholics should ignore that too, right?  Because the Pope is infallible, right?  But, I digress.  The point is that I wholeheartedly believe in what Pope Francis was saying, and believe that Mormons should apply it to our own faith.  Indeed, I think that is what Joseph Smith believed, too, because he taught that “as a mighty God, our Heavenly Father has the capacity to save us all. As a fond father, He has the desire to do so. That is why, as Joseph taught, ‘God hath made a provision that every spirit can be ferreted out in that world’ that has not deliberately and definitively chosen to resist a grace that is stronger than the cords of death.”

Joseph Smith also taught, “If the Presbyterians have truth, embrace that. If the Methodists, have truth embrace that too. Get all the good in the world if you want to come out a pure Mormon.”  Indeed, Brother Joseph seemed to fully recognize that truth can be found anywhere.  And not just that, but that if we aren’t seeking that out, we are the ones that will miss out on something.  That is not “monopoly” talk.  That is “seek out truth wherever you can find it because it may be something you need” talk.  Which makes perfect sense, because we also believe that The Spirit of Christ is given to every man… (Moroni  7:16), and if we truly believe it is given to every man, then we must accept that we are not alone is receiving revelation, understanding, discernment, inspiration, faith, or salvation.

Beware the religion that turns you against another one. It’s unlikely that it’s really religion at all.