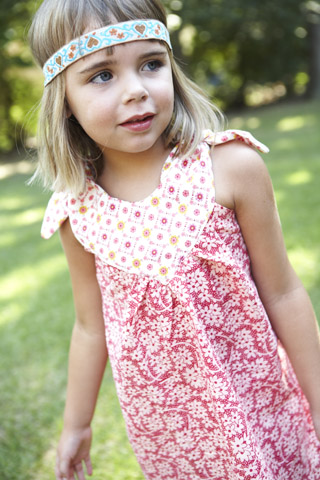 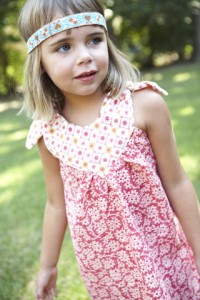 As a mother of two young daughters, I have been contemplating modesty in the LDS church and what I want to teach my daughters.

It seems to be a tricky subject. In the Mormon culture, modesty is a wide, sweeping term. Our leaders have said that we should be modest in our appearance. Companies marketing modest clothing, Church publications, temple garments, or honor codes can all shape an individual’s definition of what modesty entails. Everything kind of gets mixed together and we have adult and youth “standards” of dress being taught to children.

And I can understand why parents are teaching them. Time after time members are told to teach their children to dress modestly at a young age. That we can’t start teaching them about modesty soon enough. Most parents simply teach their children modesty according to what they feel is modest (usually this is according to what is in the For  The Strength of Youth handbook) and immodest.

Suddenly we have three and four and five year olds singling out their friends and asking why they are wearing something immodest.  The problem with that is that we now have a little girl who is looking at herself and seeing something wrong with herself that she didn’t see before because of what she is wearing.

One of the beauties of childhood is how carefree and innocent children are. What they are wearing and what their friends are wearing usually is the last thing on their mind. At least it should be.

And yet, because we are told in talks from church leaders that we should teach modesty to our children and that it’s never too young to start to do so, we have children who are all too happy to single out the child wearing a tank top or sleeveless dress and tell them that they are immodest or dressed inappropriately.

As we teach our children to focus on their clothing choices, we are also teaching them to focus on the clothing choices of their peers. We are teaching them to be critical of others. Our children do not need another thing to be criticized over, nor do they need something to criticize in others, especially being critical of what another person is wearing or not wearing.

I feel that we are setting our children up for bigger issues as they grow up. Since they have been taught the modest/immodest rhetoric and have been singling out their peers (if not by saying it, by thinking it) for dressing immodestly from a young age, being critical of their peers’ clothing choices in Jr. High and High School is much more amplified than it may otherwise be in a society where the modest/immodest rhetoric was not emphasized in childhood.

It becomes easy to older children and teenagers to criticize their peers either publicly (think mean girls), in a small group (gossip/whispers), or to mentally think less of them since it has been ingrained in their mind since they were three years old that immodest, as taught to them by their parents, equals bad or lesser.

So what is modesty and how do we teach it?

First of all, I think it’s important to recognize that the idea of dressing modestly is about sexuality. While our intent with our children is clearly not sexual, the whole idea of modesty IS to dress in a way to prevent sexual attraction.
Wikipedia states: “The word is also used, more about women than men, to describe a mode of dress and deportment intended not to encourage sexual attraction in others”

From LDS.org: “Central to the command to be modest is an understanding of the sacred power of procreation, the ability to bring children into the world. This power is to be used only between husband and wife. Revealing and sexually suggestive clothing, which includes short shorts and skirts, tight clothing, and shirts that do not cover the stomach, can stimulate desires and actions that violate the Lord’s law of chastity.”

This is what modest and immodest means.

We need to take a step back and examine what we are really meaning to teach our children, which is probably that it’s important to keep our bodies coverd. It’s likely that those parents who dress their kids in sleeveless clothing and tank tops are probably trying to teach their children the same thing.

Sister Dalton said, “Instead of drawing a “line in the sand” regarding what young women should or should not wear, it is time that Latter-day Saints draw a line in their heart. It is believing your body is a temple for your spirit.”

I think that the use of modest/immodest terms while our children are young need to go. At the very least, let’s get rid of immodest. We need to stop drawing a line in the sand because what is immodest in one family, is not immodest in another.

As to how to teach modesty to your children? What about teaching them that you have decided wear (or not to wear) x or y because that is what you have chosen as the rules for your family?
I think echoing what Sister Dalton said about your body being a temple for your spirit is SO much more important and more meaningful than saying “this is modest/this is immodest” and thus “drawing a line in the sand”.

I think by teaching modesty in that regard, and without saying that someone who doesn’t have the same standards isn’t listening to the spirit or doesn’t have the spirit, is the key to changing the peer guilt and shaming that is starting way too young and being ingrained into our children’s minds.

At the end of the day, if what your child says to another child makes that child feel bad about themselves over something which they usually have no control over, nor any reason to feel bad about, it is something that doesn’t need to be said. Usually this means that we, as parents, need to use wisdom in what and how we teach our children.