The Midwife: A Biography of Laurine Ekstrom Kingston – A Book Review 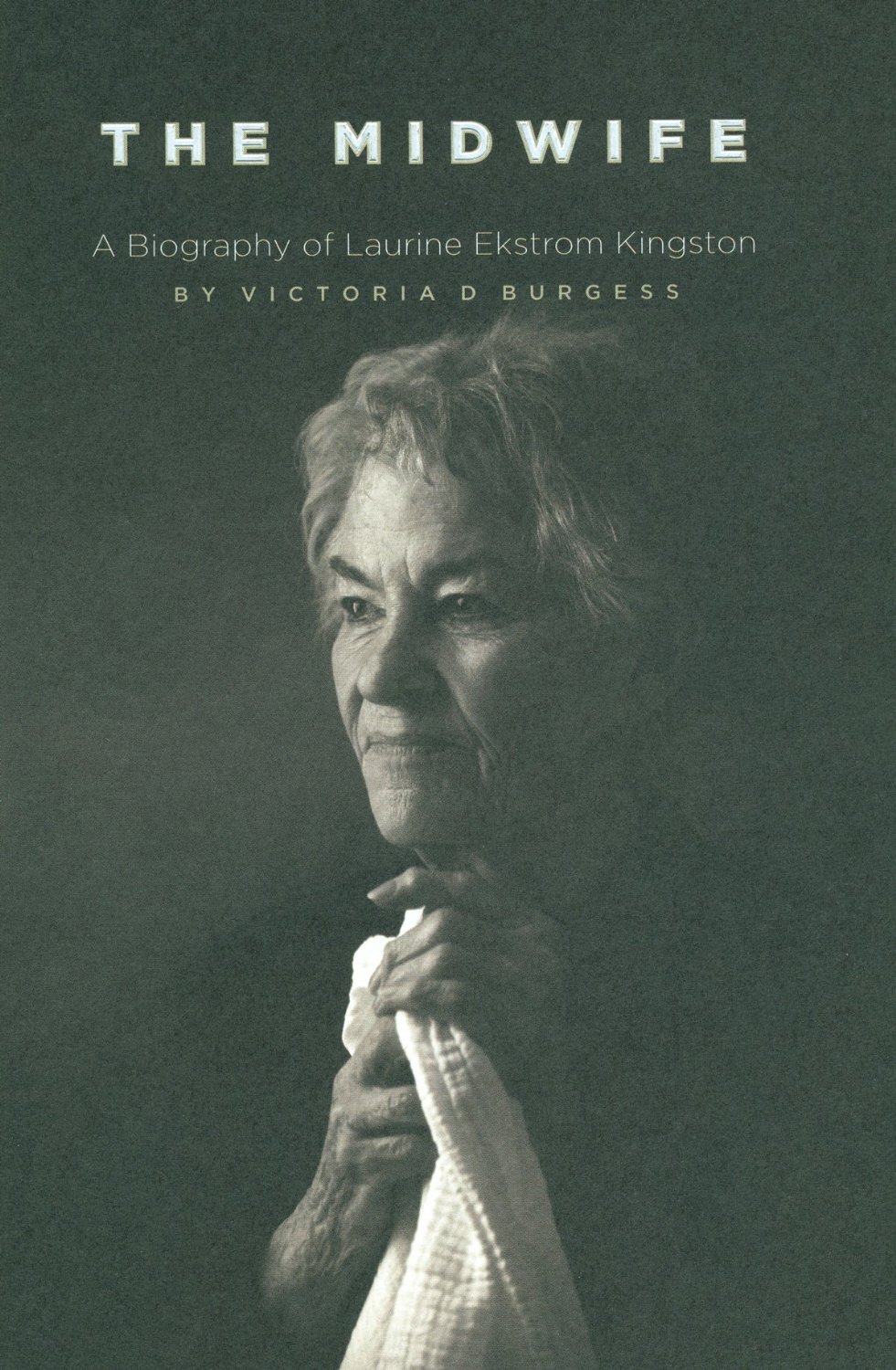 The Midwife: A Biography of Laurine Ekstrom Kingston

The Midwife is a biography written about Laurine Ekstrom Kingston’s experiences growing up in a fundamentalist Mormon community as a polygamous wife and working as a midwife across many fundamentalist communities in the region around Salt Lake City, Utah.

The narrative is jumbled and colloquial, but what manages to emerge is an intimate picture of Laurine Kingston’s life as a fundamentalist. Her mother became converted to the fundamentalist theology and joined the Davis County Cooperative Society under the leadership of Elden Kingston in the 1940’s. Eventually her father joined his wife (Laurine’s mother) in the co-op community, but he did not adopt all aspects of the faith. The cooperative was formed on the theological ideal of consecration, meaning everyone would offer their earnings and property into a common pool and it would be distributed equally among members by the leaders. Polygamy was not required—for instance Laurine’s father never participated—but Kingston and the other leaders did consider polygamy the superior lifestyle, and the leaders all practiced it. As expected, the leader, Elden Kingston, was excommunicated from the The Church of Jesus Christ of Latter-Day Saints (the Mormon Church) soon after starting the co-op. Laurine would eventually marry Elden Kingston’s eldest son, Leon. Leon later married Laurine’s sister Rowenna as a plural wife under some pressure from the cooperative leaders.

The dynamic of Laurine Ekstrom Kingston’s life in the co-op might be anticipated, but some aspects are indeed surprising. As occurs in many polygamist communities, Laurine observed a significant amount of abuse. Laurine noticed a double standard often applied to women. For example, men were allowed and encouraged to marry outside the co-op while women were not. Men often married at older ages while the girls in the co-op were usually very young when taken as brides (pg 48). She noticed problems with the discipline of children inside the co-op such as the use of the “Apache death grip.” Laurine felt this discipline was designed to break the child’s will, leaving them without a sense of individuality (pg120). She also came across women who had been physically abused (pg 133). Laurine felt her own co-op community was uncommon in that the “path chosen was one of monetary self-denial and sexual excess.” (pg 125) Her sister Rowenna, who was also her sister-wife, was eventually removed from the cooperative because of her outspoken criticism of the group’s lifestyle. Despite this, Laurine remained faithful and supportive of her co-op and loved her life. We see glimpses into the socializing and the freedoms she enjoyed as a youth, aspects not typically emphasized about polygamist communities. She enjoyed a deep sense of community and a believing faith. Her parents, especially her father, were very supportive of her and of her obtaining an education. She considered them both good examples as parents.

Laurine was unique in the co-op. She received an education and worked outside the co-op for much of her life. She worked in hospitals in the Salt Lake City area and with doctors in her early career.  Eventually she trained and began work as a midwife, but regardless of where she worked she continued to turn her money over to the cooperative throughout her life.  Laurine was able to work because she had the support of her sister Rowenna who often took over household responsibilities. As a midwife, Laurine became indispensable to those around her. She was highly skilled and experienced. Many fundamentalist wives could not or would not go to hospitals because they feared questions about and the potential consequences of their polygamist lifestyle. Laurine spent most of her time helping these women, although she did have clients outside the fundamentalist communities.

Along with being a careful and detailed midwife, she was also kind and generous. She went out her way to care for both the mother and the family. Through the book the reader is able to piece together the picture of a fascinating, intelligent, and caring woman. She was skilled at midwifery and open-minded to differences in those around her.

Although a thoughtful tribute to the life of Laurine Kingston, in many ways the book is a melange of information. There is organization to the book but the transitions are not always fluid, with the writing style more akin to what you might find in a personal family history. The main set of facts offered in the book about midwifery are not cited. Three references are given but two of those references are to the author’s own previous works.

This biography of a lovely and compelling woman shows that each person’s individuality shines through all stereotypes and walks of life. Laurine Kingston was an inspiration to those around her and especially to the midwives with whom she worked.