The Legend of By Common Consent 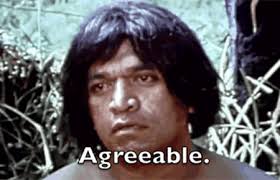 THE LEGEND OF BY COMMON CONSENT

This is a a question and answer post with one of the administrators from the blog, By Common Consent

A:  By Common Consent (BCC) initially started as a reactionary place because the existing blogs were full of staid views and entertained fools too easily.  We started BCC in order to talk intelligently about topics we found interesting while not tolerating sheer stupidity.  Over time that’s evolved from something reactionary towards a generalized hub for talking about all things Mormon.  We’re now far more about a sense of community, while still posting about things we find interesting.  As we expand using Facebook, Twitter and other media the messages also change.

Q:  Who started the blog?

A:  Steve Evans started it with Kristine Haglund, Aaron Brown and a few others.  We’ve had a lot of permas come and go (and return and re-go) over the years.

Q: What do you see as being your niche?

A:  Not sure we have a niche – being a mormon blog is niche-y enough!  I suppose we have an intellectual/historical bent, but we also have excellent coverage of General Conference and talk about all sorts of issues.

Q:  How did you decide on the banner that is at the top of your blog?

A:  We recently redesigned our site to enhance readability and to focus more on alternative content.  Part of that change was leaving a graphical banner behind, but previously we had an image from the Book of Commandments, a verse (now D&C 26:2) invoking doing things ‘by common consent’.  Before that we had various graphics we made up from time to time.  No real decision-making behind it other than “hey let’s put up a new banner”.

Q:  How did you decide on the name of your blog and what significance does it have?

A:  Back in the day, we didn’t have a name, just a URL at rameumptom.blogspot.com (it’s still there).  We put up a new names to a poll and picked the one that was most popular.  Aaron Brown is still mad that his pick (“Zeezrom and the Kori-Whores”) didn’t win.  “By Common Consent” is a call out to how decision-making is done in the Church, though we’ve left behind the democratic connotations of the phrase, we still place a premium as LDS on consensus-building and peacemaking.

Q:  If you have/had a podcast how did that come about.  If it’s no longer there, what happened to it?

A:  We’ve had a couple of podcasts, under the name Zeitcast.  It came about because everybody was playing with podcasting about 8 years ago and we wanted to give it a try.  It was first abandoned because it was just so much work, then Scott Bosworth brought it back.  Now it’s on hiatus as Scott is pretty busy, but we’re holding out some hope that it makes a comeback.

Q:  When did you know you had “made it” in the blogernacle?

A:  I have no idea what that means.

All posts by By Common Consent