The Hero’s Journey of the Gay and Lesbian Mormon, by Carol Lynn Pearson: A Book Review 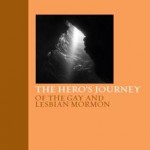 The first time I read “The Hero’s Journey of the Gay and Lesbian Mormon” by Carol Lynn Pearson, I was sitting in the chapel of my ward building, waiting for a meeting to start. I’d been in somewhat of a bad mood for most of the day and I started reading it to avoid talking to anyone.

The book is a beautifully-written allegory based on The Hero’s Journey by Joseph Campbell, which suggests that each person is a hero and must travel along a path of challenges and transformation in order to find peace within the dichotomy of religion and homosexuality.

I know many gay and lesbian Mormons who are traveling this same path. I started reading the book, excited to gain better perspective on their journey, but by the end of the book, I realized the book was for me as well.

It is a difficult realization to find that your tribe is different than you, whether it is because you are gay or lesbian or even liberal or feminist. Many times we are pulled toward a belief that doesn’t fit in the with culture of the Mormon church, or even chafes at the doctrine. It is a scary place to be, and yet to ignore these pullings would call into question one’s own integrity. 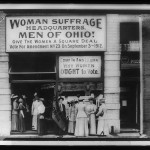 In my own struggles as a liberal, feminist LDS woman, I have often felt like an outsider. I’ve tried to distance myself from both. I’ve tried to reject one or the other. And yet, I continue to remain in both worlds.

I do not presume to say that my struggle with liberalism or feminism come even close to the struggles of our gay and lesbian brothers and sisters. I only recognized that perhaps my own leanings are my own hero’s call, and that I have much to learn about my worth as a child of God as I read and re-read Carol Lynn Pearson’s beautiful words.

The book is not a how-to for how to remain LDS and still be gay or lesbian. Carol Lynn Pearson is using the imagery of Joseph Campbell to show that gay and lesbian Mormons must fight a difficult battle, and that there is worth in returning to the tribe of Mormonism. The story is a reminder that we are God’s beautiful children and must battle the voices that tell us otherwise because “the Spirit of God abandons no one.”

The book is a very quick read. I was able to finish the book in under a half hour and by the end, I was moved to tears and my bad mood had lifted.

I strongly encourage anyone who can who wants a better understanding of the difficulties of being a gay or lesbian in the Mormon church to read The Hero’s Journey of the Gay and Lesbian Mormon” by Carol Lynn Pearson. It is my belief that you’ll not only gain a greater understanding of the valiant and complex battle that each one of our gay and lesbian brothers and sisters faces, but that you’ll understand that you, too, have the journey of a hero in front of you. This book is an excellent guide.

If you are interested, click here to listen to a podcast in which Sister Pearson talks about her new book.