The Gays, the Blacks, the Atheists, and the Feminists: Why Women Will Get Priesthood Before Gays Have Total Inclusion 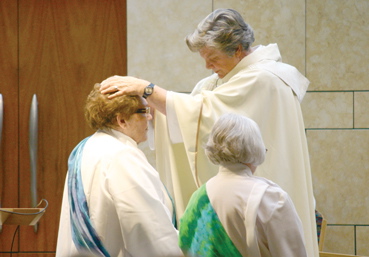 The Gays, the Blacks, the Atheists, and the Feminists:  Why Women Will Get Priesthood Before Gays Have Total Inclusion in the LDS Church

In May of 2013, I listened to John Dehlin interview Dr. Ryan Cragun, an expert in the sociology of religion.  In the interview, Dehlin explained the difficulty he had in creating secular organizations.  Dehlin said, “Liberals and non-religious are incredibly difficult to organize and to manage…is it like herding cats or chickens?”

“You hit the big term there.  It’s like herding cats.  That is one of the major problems I think with what you can loosely refer to as the free-thought or secular movement in the U.S., or actually globally.  They have the hardest time organizing.  And even when they do get organized, they end up fighting;  they fight amongst themselves.  It has died down, but there used to be serious antagonism between the American Humanists and American Atheists.  They didn’t get along  at all; even though they had a similar cause…I think you are going to have better outcomes and better results, as kind of secular groups or free-thought groups if you actually set up organizations that are not based on the fact that you collectively disagree with religion…Join something that you agree on, not something that you disagree on.  When you get free-thinkers, what they have in common is their rejection of religion, right?  They agree to disagree about something and that is just not a recipe for solidarity…I think that you are going to find greater solidarity in groups that are not organized based on their communal rejection of something else” (click here if you would like to listen to the entire interview).

This got me thinking. A group is not cohesive if it is formed around a negative and that is the reason atheist groups, which are formed around the idea that theists are wrong (a negative),  cannot organize.  This idea made me think about the rhetoric we hear with regards to the following:

When we look at the theological rhetoric that was developed to justify the priesthood and temple ban of those of black-African descent, it centered around a negative.   What was the negative?  The rhetoric was to uphold a view of withholding something from an entire group of people.  The idea of withholding something from someone is my definition of a negative.  And using Dr. Cragun’s hypothesis about organizing around a negative, ultimately failing, is one of the reasons the ban was eventually lifted.

“Women do not hold the priesthood because the Lord has put it that way. It is part of His program. Women have a very prominent place in this Church. Men hold the priesthood offices of the Church. But women have a tremendous place in this Church. They have their own organization. It was started in 1842 by the Prophet Joseph Smith, called the Relief Society, because its initial purpose was to administer help to those in need. It has grown to be, I think, the largest women’s organization in the world… They have their own offices, their own presidency, their own board. That reaches down to the smallest unit of the Church everywhere in the world…” (President Gordon B. Hinkley lds.org)

I also found the following:

“The man holds the Priesthood, performs the priestly duties of the Church, but his wife enjoys with him every other privilege derived from the possession of the Priesthood. This is made clear, as an example, in the Temple service of the Church. The ordinances of the Temple are distinctly of Priesthood character, yet women have access to all of them, and the highest blessings of the Temple are conferred only upon a man and his wife jointly” (Priesthood and Church Government [1965], 83; found at lds.org).

The reasons are simply, “God put it this way”.  Yet we find another reason coming from those with whom we share the pews.  It is not doctrinal.  It has never been said in General Conference nor from the Ensign or Liahona.   It is based on the philosophical idea of contingent and necessary properties.

Within the rhetoric of the Church we often hear the same.   There are necessary properties that a man has and that a woman has.   Part of an LDS-woman’s necessary attributes is that of motherhood.  To give birth to a child, you must be a woman.  What is motherhood’s equal as found in manhood?  It is priesthood. To hold priesthood you must be a man.   Once again this is not doctrinal.

This rhetoric, just like the blacks and the priesthood, is centered around a negative.  The negative being, the withholding something from a whole group of people. In this case it is withholding priesthood from women. Here, however it has been dressed up around the philosophical ideas of necessary attributes.  But since it is centered around keeping something away from someone, it too will eventually fail for that reason alone.

“Latter-day Saints recognize the transcendent importance of the family and strive to live in such a way that the adversary cannot steal into our homes”  (President Boyd K. Packer, April 2013 General Conference).

This is an interesting rhetorical device used by President Packer.   The negative would actually be the destruction of the family unit.

“But we cannot stand idle if they indulge in immoral activity, if they try to uphold and defend and live in a so-called same-sex marriage situation. To permit such would be to make light of the very serious and sacred foundation of God-sanctioned marriage and its very purpose, the rearing of families” (Ensign, Nov. 1998, 71).

“We further declare that God has commanded that the sacred powers of procreation are to be employed only between man and woman, lawfully wedded as husband and wife…The Family is ordained of God.  Marriage between man and woman is essential to His eternal plan” (A Proclamation to the World).

“We raise an alarm and warn members of the Church to wake up and understand what is going on. Parents, be alert, ever watchful that this wickedness might threaten your family circle. We teach a standard of moral conduct that will protect us from Satan’s many substitutes or counterfeits for marriage. We must understand that any persuasion to enter into any relationship that is not in harmony with the principles of the gospel must be wrong. From the Book of Mormon we learn that “wickedness never was happiness.’…History demonstrates over and over again that moral standards cannot be changed by battle and cannot be changed by ballot. To legalize that which is basically wrong or evil will not prevent the pain and penalties that will follow as surely as night follows day… We cannot change; we will not change the moral standard. We quickly lose our way when we disobey the laws of God. If we do not protect and foster the family, civilization and our liberties must needs perish” (President Boyd K. Packer, October 2010 General Conference).

By reading these quotes, we see that the thrust of the rhetoric denying homosexuals full fellowship in our congregations, centers around the idea that doing so, would destroy the nuclear family.   The rhetoric, then is not a negative one.  It does not center around withholding something form a entire group of people, but it centers around the protection of the family.   Based on this rhetorical device alone, is why I feel women will be ordained to ecclesiastical priesthood before gays have full inclusion within our Church.

One other interesting note.  Those that are seeking for women ordination tend to be the same seeking complete inclusion of gays within our Church.   They tend to be more liberal and progressive in their politics and theology.   Holding the position that women should have priesthood and homosexuals should have full fellowship in our LDS congregations is an interesting paradox:

“Mothers who know desire to bear children. Whereas in many cultures in the world children are “becoming less valued,” in the culture of the gospel we still believe in having children…Faithful daughters of God desire children. In the scriptures we read of Eve (see Moses 4:26), Sarah (see Genesis 17:16), Rebekah (see Genesis 24:60), and Mary (see 1 Nephi 11:13–20), who were foreordained to be mothers before children were born to them…Women who desire and work toward that blessing in this life are promised they will receive it for all eternity, and eternity is much, much longer than mortality. There is eternal influence and power in motherhood” (President Julie Beck, October 2007 General Conference).

“Motherhood is the greatest potential influence either for good or ill in human life…Motherhood consists of three principal attributes or qualities: namely, (1) the power to bear, (2) the ability to rear, (3) the gift to love. . . (President David O. McKay, Gospel Ideals, pg. 452-45)

“Mothers are to conceive, to nourish, to love, and to train. So declare the revelations. In Section 132 of Doctrine and Covenants, the Lord states that the opportunity and responsibility of wives is “to multiply and replenish the earth, according to my commandment, and to fulfill the promise which was given by my Father before the foundation of the world, and for their exaltation in the eternal worlds, that they may bear the souls of men; for herein is the work of my Father continued, that he may be glorified” (D&C 132:62). With this divine injunction, husbands and wives, as co-creators, should eagerly and prayerfully invite children into their homes…Now, my dear mothers, knowing of your divine role to bear and rear children” (President Ezra Taft Benson, February 22, 1987).

In these quotes, we see the unique theological importance women have in bearing children. Some have even argued that it is the most important role a woman has.  If gay men are allowed to marry, then it will take away the major theological role woman have, because a gay male couple will also be able to have children and raise a family.    If we can bolster up and diversify women’s roles (perhaps by giving them priesthood)  and develop a more robust theology surrounding the role of Heavenly Mother, then this would give women a greater role in our church and thus open the door to perhaps allowing the Church to be completely equal in regards to homosexuals.