The District, Episode 1: A Review 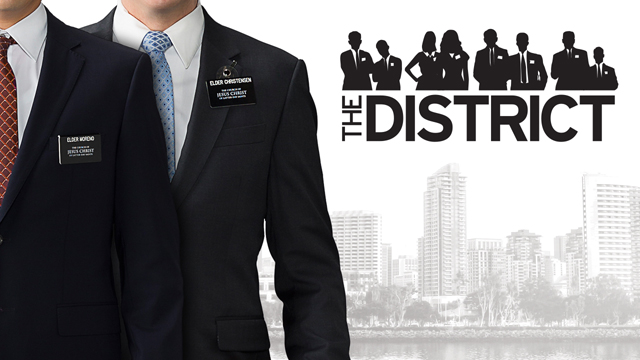 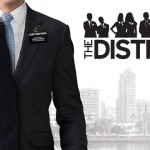 In the great tradition of Utah-Mormonism seeing something successful and then ripping off the idea (insert Mod-bod clothing, trampoline fun-houses, etc), we at rationalfaiths.com  have decided to mimic The Mormon Expositor podcast’s weekly review of BYU Tv’s “The District”.    We contacated the perfect person to do our weekly reviews, Camille Howe.   Ooh you are going to love her.

“Go inside the life of LDS missionaries in an unscripted, actor-less documentary that follows eight Elders and Sisters serving in San Diego, California.”

My first thoughts as I read about the premise of this show centered on: Who thought this was a good idea!?!? But let us begin anyway… I will hope that the choice of setting for this show – San Diego, California, was chosen for ease of filming because of the temperate weather. However, it pains me that it’s not an accurate description of many missions. Missions are hard work. Missions take place in uncomfortable climates, homes – and

frequently in poverty conditions. They are HARD.  To be fair, this is the first episode so perhaps that will change.  Not that I’m wishing harm on this set of missionaries but seriously! Did I really just see scenes of surfing to open the show?  I tried to find a “cast” list of the people on the show but they don’t have it on the website. It doesn’t seem to exist so I went back and wrote their names down and made a few notes:

I’ll be upfront here and say I have been a member my entire life. I have sat through sets of discussions and had friends be baptized. I know that process well enough.  The thing is – it’s SO personal. Your walk to your faith – whatever it may be – is a personal, raw, open experience.  So as I’m watching these investigators I kept feeling the urge to put my hands over my face and watch the show through my fingers. I felt like an invader.  I have 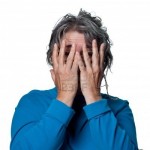 While we may not be seeing any physical struggles these missionaries may or may not endure, at least we did hear some of the emotion struggles – in feeling like they are “successful” or not.  I wish they didn’t feel the need to term it that way.  If you’re out there, on a mission or living daily life, and you’re doing the best you can with what you have – you’re successful.  I did really enjoy the bits where we learn about bits and pieces of the missionaries’ lives.  I’m assuming we’ll get more of each missionary as time goes on.  They focused a lot on Elder Christensen’s struggle to decide to serve a mission.  His parents were very sweet and clearly love him. However, I was uncomfortable with the message that had he been in Florida two weeks longer and been a part of the successful rock band, it would have meant he had failed.  We all walk our own paths and I don’t think that would have made him a failure. I’m happy for him that he’s enjoying his mission.  From what I read, since this was filmed in 2009, later we will get to learn some about these missionaries’ current lives.  I look forward to hearing what he’s doing with his life now and if he still feels at peace with his choices.  I hope so!  And Elder Christensen’s bald head story?  Favorite.

Did you watch?  Tell me what you thoughts!