Joanna Brooks, “The Book of Mormon Girl: Stories From An American Faith” – A Review 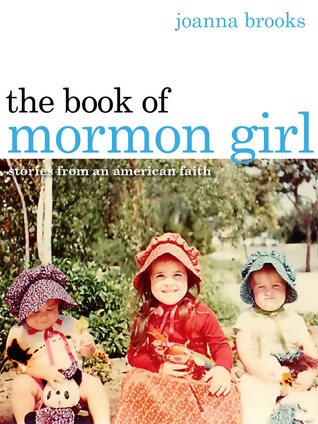 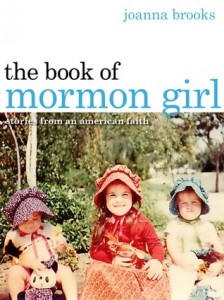 This is the first in a new series on our blog that will look at books either written by Mormon authors, or books that tangentially or directly intersect Mormonism. It is a review of Joanna Brooks’ “The Book of Mormon Girl.” This post is unique, not only because it is the maiden-voyage of a new blog series

for us, but because it was written by my wife’s oldest sister Tamera LeBeau. Tamera left the LDS church about 20 years ago, and although she and her husband will still come to important family religious events, she no longer is a practicing member. We chose her to write the review for  “The Book of Mormon Girl” because  we thought she would provide a unique insider/outsider’s view of Joanna Brooks’ memoir. Enjoy.

To purchase a copy of The Book of Mormon Girl, click here.

If you are interested in listening to  in depth interviews with Joanna Brooks, here are two differnt programs:

NPR interview on Krisa Tippett’s program “On Being”:

A Review of Joanna Brooks’ “The Book of Mormon Girl: Stories From An American Faith”

Writing “The Book of Mormon Girl” was an act of courage — courage because some non-Mormons would likely be put off by Joanna Brooks’ descriptions of Mormon life; courage because some Mormons, including some in positions of authority, would likely be angered by the author’s unorthodox approach. However, throughout her descriptions of caffeine-free smiles, canned-soup casseroles, minivans full of children, garages full of food storage, and bonnet-clad pioneer ancestors, the author brings forward her love of the Mormon culture in which she was raised and of the God she was taught to know.

I found myself relating to many of the stories in this book. Being only two years older than the author, I also grew up watching the Donny and Marie show, going to church girls camp (albeit only once due to my still-present loathing of life sans indoor plumbing), and attending special youth weeks at BYU to hear talks replete with object lessons on keeping one’s purity. Like the author, I lived wondering in every large crowd of Mormon youth whether my “special someone” was there waiting with unconditional love and understanding.

I, too, attended BYU and met some sadly judgmental people but also some thoughtful, intelligent, and inspiring people. Being a geography major, I was safely off in the corners of the Kimball Tower hearing surprisingly liberal professors speak of the importance of environmental responsibility and of taking care of this planet over which God had given us stewardship. Maybe I was a couple years too early since I graduated and left BYU in August of 1990, but unlike the author I did not have the opportunity to meet the LDS feminists she encountered there. If I had, I may have had more hope for melding the ideals I came to hold dear in my adulthood with those I was taught as a child. 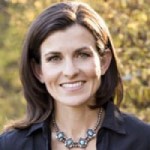 In the words of the author, “How do we react when we discover at the core of faith a knot of contradictions?” When faced with these contradictions I, like many others including the author for a time, simply walked away; simple, however, not being an accurate descriptor because what could ever be simple about doing something that feels like it is ripping your heart to shreds, threatening your relationship with your family, and perhaps even damning your soul? As the author described, “I felt as if someone had thrown my heart to the concrete and dropped a cinder block on it.” The author’s bishop in her California singles ward shared some sage advice with her at a difficult time in her life: “Sometimes we just have to do and seek God in the process.” And in the words of the author, sometimes we have to give way and say, “Yes, God, do with me what you will.”

When reading this book, I felt the heartbreak of the author as she shared her disappointment of the LDS Church’s heavy involvement in California’s Yes on 8 campaign. How could rights for my gay and lesbian friends threaten heterosexual marriage? If Elvis preacher wedding chapels in Vegas and the Kardashians hadn’t already killed it, I think it was safe. It was an act of courage for the many Mormons who just quietly voted according to their conscience despite what was said from the pulpit. It was an act beyond courage that the author took this to the next level, volunteering her time and her talents in the No on 8 campaign although she had just recently returned to active membership.

The author is now raising two children with her husband, whose religious practice she describes as “a combination of Judaism, Buddhism, and ESPN.” (I loved that! In my household you are free to worship the God of your choosing, but cheering for the Los Angeles Dodgers over the San Francisco Giants is neigh unto treason.) In what the author calls “a great experiment” their daughters learn about Shabbat and Seder, wards and sacrament; moreover, what I think she is instilling in her daughters above and beyond any particular dogma is an unbending faith. The author kept her faith through times when she felt so threatened that she felt the need to keep a file of newspaper clippings, articles with which to defend herself if she found herself in a Church court with her membership hanging in the balance. Despite her disappointments and trials, she is teaching her daughters that love trumps fear. “All are alike unto God; God is a Mother and a Father; Mormon women matter.”

I am proud to say that I come from a long line of strong women, some of them raised in the LDS faith and some of them not. Through my 11 nieces, I am seeing that strong line continue. I sincerely hope that my nieces will not have to choose between their strength as women, compassion for people who live and love differently than they do, and respect for the truths found in other faiths; and the strength of the Mormon heritage in which they were raised. Through authors like Joanna Brooks who have the courage to tell their unorthodox Mormon stories perhaps they won’t. 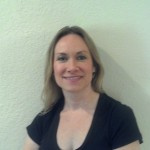 Tamera LeBeau has a Master Degree in Library and Information Sciences from Florida State University and a BS in Geography from BYU. She currently works as the Assistant Library Director for the Livermore Public Library in Livermore, California.

All posts by Tamera LeBeau