The Bias is Strong With This One

Confirmation Bias: Confirmation bias, also called myside bias, is the tendency to search for, interpret, or recall information in a way that confirms one’s beliefs or hypotheses. It is a type of cognitive bias and a systematic error of inductive reasoning. People display this bias when they gather or remember information selectively, or when they interpret it in a biased way. (wikipedi)

This morning while eating my breakfast, I came across a most troubling article in the Salt Lake Tribune. The headline reads: This Mormon Sunday school teacher was dismissed for using church’s own race essay in lesson. You can read it yourself here. Content warning—you will want to punch something after reading the linked article. The headline sums up the article. The teacher is asked a sincere question from the youth about the priesthood and temple ban, “To answer the teen’s inquiry, Brian Dawson turned to the Utah-based faith’s own materials, including its groundbreaking 2013 essay, “Race and the Priesthood.” His research prompted an engaging discussion with his class of 12- to 14-year-olds.”  The bishop gets word of it and tells the teacher to “agree never again to bring up the essay or discuss ‘black Mormon history’ in class”… it continues with this gem:
“Dawson declined—even after believing he would be ‘released’ from teaching the class for disobedience.

‘If the [Holy] Spirit guides me in a way that involves these multitude of documents,’ he asked the bishop, ‘who am I to resist the enticing of the Spirit?’

The bishop replied, according to Dawson, ‘The Spirit is telling me to tell you not to use those documents.’

So what does this teach us about confirmation bias?

When something crashes against our belief system or world view, we are more critical of this new evidence. When something goes along with our belief system, we tend to be less critical of it. This essay on Race and the Priesthood is published on the church’s website and by this notion has gone through some sort of approval from the top leadership. This essay can be really troubling to some because it doesn’t go along with what they have been taught previously. After a person reads this they can: deal with the new information and adapt it into their belief system OR they can be more critical of it and find grounds to dismiss the information found in the essay. Author Tamu Smith notes in the article: “It’s “great” that the essay is on the church website, Smith says, “but people don’t believe it.” I would add people don’t even know about it!

It was neither signed nor penned by the governing First Presidency, nor has it been mentioned, alluded to, or footnoted in speeches by LDS authorities at the faith’s semiannual General Conferences. 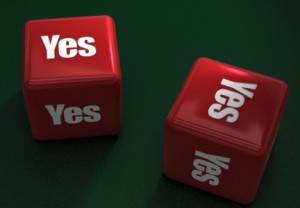 I have had this same experience in talking with friends and family when I introduced this information to them. “Well who wrote it?”, “I didn’t hear anything in church about it”, “I don’t see it any signatures from the first presidency on this essay” —these were exact quotes.

This is not only black Mormon history, but this is real Mormon history. It’s time to own it, warts and all. Facts and science can stare you in the face, but they have no effect if bias and fear have a stronger hold. This incident highlights everything that is wrong with how the church is dealing with doubts, questions, and history. Members should be more informed about their history and this was a direct attempt to cover up warts and to cover up any future warts. Own it by recognizing the bad behavior and bad choices of past leaders in Mormon history and learn from it rather than dismissing it and hiding from it. This bishop and a lot of members just don’t have the tools to deal with complexity, they are set up to fail.  From the article: “Eventually, their local LDS leaders agreed that Dawson’s materials were legitimate but decided he shouldn’t teach them anyway.” This is simply irresponsible.

It is easy to judge this bishop—but before you go crazy on him, I invite you to walk in his shoes. “You never really understand a person until you consider things from his point of view… until you climb into his skin and walk around in it.” (To Kill a Mockingbird) Yes, this was handled completely wrong, enough to make you go crazy, but you have to realize “the bias is strong with this one”—and on that note it is strong with all of us. Recognizing our own bias is the first step to understanding others and understanding their point of view. This bias behavior can seem very childlike but it is based in fear and we all have it—even after we think we have passed through a faith crisis.

To learn more about confirmation bias I invite you to listen to Rational Faiths’ latest podcast.

BONUS!  OTHER TERRIBLE LESSONS LEARNED FROM THIS INCIDENT
-Kids, if you have a sincere question, don’t ask because you will get in trouble with your bishop.
-Teachers, don’t answer sincere questions from your students.
-Kids are too immature to understand anything but pray, read scriptures, and go to church – “When a child asks you something answer him, for goodness sake” (To Kill a Mockingbird).
-Anything from history before 1978 has no meaning. Yikes!
-Leaders have no idea about these essays, including General Authorities in the Quorum of the Seventy.
-The Holy Spirit sends conflicting messages.
-Don’t rely on the church or any organization to teach objective lessons about itself.