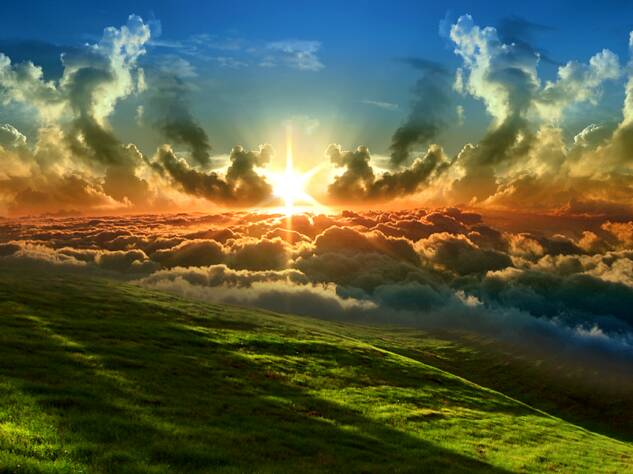 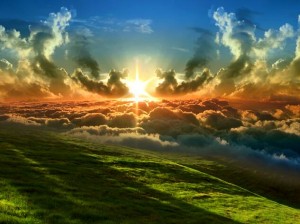 I was raised Calvinist in a middle-class family in South Africa during Apartheid. At a young age, I rejected the teachings of my church and lost faith in the deity it represented. I spent my youth exposing myself to a variety of different religions, looking for some sense of truth. I learned much – saw a lot – but never quite found what I was searching for.

I was looking for God. All I saw were people. Sometimes good people, but people nevertheless.

In my own little world, Mormonism was an unknown religion. The Church does have, and have had, a presence in South Africa. And yet the LDS was unknown to me. By the time I received my first Book of Mormon, I was radically anti-religion… and an atheist.

I approached my first reading of the Book of Mormon as a cynic and a sceptic. I was very well versed in religious rhetoric and was determined not to be impressed. In short, what I was expecting was “more of the same”. I have, after all, done my share of guru bashing and have intellectually dismantled every charlatan I’ve come into contact with. There was a great deal of arrogance in me… after all, “new” religions could hardly stand up if I’ve already categorically rejected all the “old” ones.

The Sister Missionary who gave me my copy of the Book of Mormon told me to read, ponder and pray. Reading was easy enough – I’ve always loved books and as a child even tried to write a few. Pondering was also second nature. Praying was the hard part. The very thought of it seemed ridiculous. It wasn’t that I was angry with God. I just did not believe that He existed. One can hardly talk to the divine if there is nothing there. I said I would but knew that I’d probably get half way and then shelve it, next to the Dhammapada, and the Bhagavad Gita, and the King James, etc.

The process of reading the Book of Mormon, however, was not as simple as just doing the three-chapters-a-day before bed routine… and then living as if it were just another piece of fiction. I found that the Book made me think. Seriously think.

I began reading about Lehi and his four sons. The story was nice enough. But the Book seemed to say things that broke through my walls. Things that would recur to me at odd moments. At times when I least expected it, there would be a phrase or series of phrases that seemed apt, or astute, or true in that sense of the word that I no longer permitted myself to have any hope of actually finding.

I continued to read. And I continued to ponder. It would be a while before I got around to praying.
I still remember when that began to change for me.

The prophet Alma gave me a challenge. He said, in the Book, that if I wanted to have faith , but didn’t, I should experiment. Try a little – and see what happens.
This was a very reasonable proposition.

It is here that my whole life took a very different turn.

My first prayer was a personal breakthrough that is hard to describe to anyone who’s never experienced it. Here was something new, different, religiously revolutionary… A sense that God could reveal Himself directly in the here and now… A God that was not a deity, to remain in the abstract until after my death, but a living being that exists now as well as in the afterlife.

Alma goes on to say that “this is the hour of your conversion.” When I read that, AS I read that, I became a Mormon. Since that day I have tried my best to live my life differently. And I pray as often as I can. And I study the scriptures diligently. Even the old King James took on a new significance. What I had casually discarded before, was now what I can only describe as made alive.

I have still not been baptized. It is a commandment I find in the Book, and I take the commandments of God seriously.
But, you see, there is something that makes my story a little different.

The fact is that I am gay. I have known since childhood and I was gay before I was Mormon. After becoming a believer, I was still gay.
For me personally, I see no contradiction in that. Mind you, I’m not an “ashamed” homosexual. I know that this is what I am and I have no issue with it. I made peace with who and what I was a very long time ago.

I also know that many in the LDS would not approve. Even if they follow the nuanced approach that the Church now espouses, I would not be accepted. Also, I would not act as if, and pretend as if, I am struggling with Same Gender Attraction.

As such, I can not be a member of the LDS. That is not ideal. It prevents my baptism. It denies me fellowship. It does not change that I believe that the Book of Mormon is true, that Joseph Smith was a Prophet of God, and that the Restored Gospel is the spiritual truth that I have been looking for all my life.
I wish things were different. But they are not.

God has a plan – even for me, and people like me. I won’t pretend to know what that is. But even the LDS can’t make me doubt the God I met in the Book of Mormon.