Temple Weddings – The Heart of the Matter. 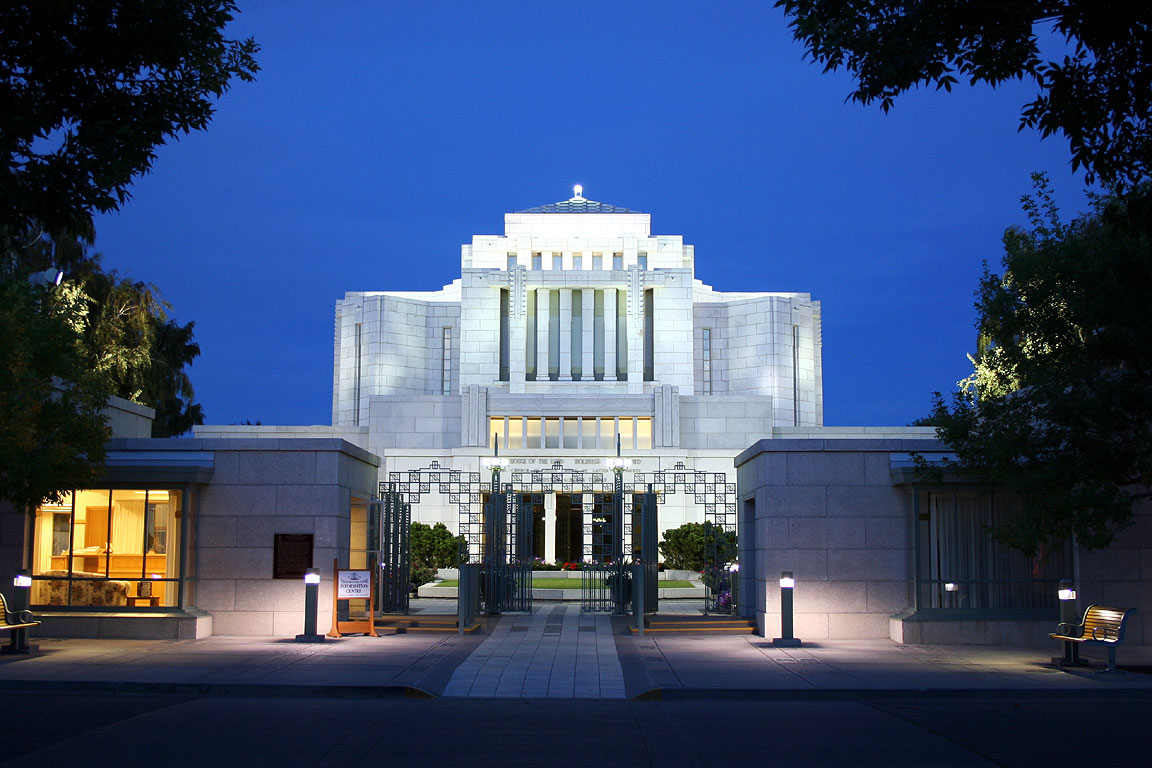 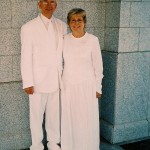 In 1968 I immigrated to Canada from England where I had joined the LDS Church the previous year. I was 24 years old and so completely enamored by the idea of being with the Saints in North America that I left my parents and family, taking my two little boys I joined my husband in Ontario. I thought that I could learn how to be a ‘good Mormon’ from the wonderful examples I was sure existed in North America. The people who would be exactly like those dear young missionaries.

Fast forward now to 1974 – I was divorced, had moved to Edmonton, Alberta. I had met and fallen in love with a wonderful, gentle man, a fifth generation, Mormon bachelor who would provide righteous priesthood leadership for me, my sons and by then a 4 year old daughter. I needed that in my life. I wanted so badly to do what God expected of me and I was ‘worthy’ by LDS standards to have this marriage performed in the Cardston, Alberta temple.

Acting on the advice of others I received my endowment the previous week in order to give it my full and undivided attention. The next week was a blur of excitement and preparation for the big day when I would become Jim’s wife for time and all eternity. 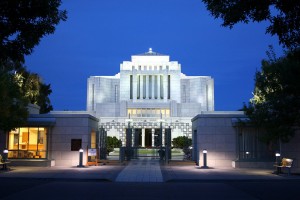 Each member of my family in England received a wedding invitation, though of course I knew they would not be able to attend. One cannot expect people to pay airfare to attend a reception and then wave goodbye as I went off on my honeymoon. I longed for the presence of just one family member, but none of them were members of the Church and I accepted that this was not to be. The fact that they were so far away mitigated the disappointment and I moved forward with the wedding with little more introspection than that – I was marrying the man I loved – what did all that matter?

It mattered a lot. I became very tearful at one point on our honeymoon with sadness at the distance between me and my family. I comforted myself with the thought that maybe, one day, they too would become members and that I needed to set the example of sacrifice for my beliefs. I don’t believe I even examined this from their perspective at all. The Church was true and I was true to it. I would show my family by my actions that my choices were the ‘correct’ ones.

I had attended a wedding in England prior to emigrating and it was lovely. My friend married a returned missionary in the chapel – not as a second class Mormon who was ‘not worthy’ or who chose not to marry ‘inside’ the temple, but as a worthy member in good standing. The following day, they went off to be sealed in the London Temple ‘after’ spending the night together in a hotel.

I felt no loss whatsoever; I had been with her for the special moment when she and her sweetheart said “I do.” I didn’t know what would happen in the temple and just felt happy for her. If I had met Jim, (my husband of 39 years) in England, this is what we would have experienced – a chapel full of parents, siblings, cousins, nephews and nieces and friends coming together to rejoice with us that we had found love with each other and were making a public commitment to be legally and lawfully wed.

In recent years I returned to England for the wedding of my beloved niece where her proud father walked her down the aisle in traditional English style and she was then married to her sweetheart as fully believing, worthy individuals. They looked so young and innocent with a future of ‘happy ever after’ shining in their eyes. After a fun filled reception, Jim joined them at the London Temple where that marriage was sealed for eternity. That’s the way it happens in the UK today, and in some other countries due to the legal requirements of that country.

It is my opinion (perhaps some fellow Brits will comment on this), they would not want anything to change. As soon as marriage laws changed in South Africa, the requirement became the same as it is in North America and that is what will happen in the UK too should their laws allow full authorization for marriages to be performed 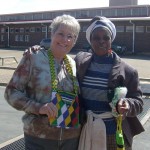 ‘inside’ a temple. British people love having a wedding to which all members of their family are invited. There are no hurt feelings and none of the loneliness I, and so many others experienced at their weddings. No mothers waiting outside the temple crying while their children are inside doing who knows what? Church leaders do not appear to recognize how much pain this policy causes to loving family members who just happen to have different beliefs. Those parents have made innumerable sacrifices for their children throughout their lives and may even be financing this big event but due to a Church Policy, they are unable to fully participate, and nobody will give them a ‘good reason’ why.

In the Young Women’s program of the Church they are taught about the importance of a temple wedding. We must be careful in our use of words. A marriage is a legal contract, a wedding is the ceremony that may accompany the contract, the sealing is the authority to cause that contract to become an eternal covenant made with the spouse and the Church. In the  manual used  to teach young women, there was a story told by President Spencer W. Kimball about a young couple who didn’t ‘bother’ to be married ‘inside’ the temple – he didn’t know why. He even says that they might have been good young people, but they were in an accident after the wedding and they both died; they were not sealed, thereby- forever separate. When someone suggested the temple work might be performed by others for this young couple his response was:

“The temples are for the living and for the dead only when the work could not have been done. Do you think that the Lord will be mocked and give to this young couple who ignored him, give them the blessings? The Lord said, ‘For all contracts that are not made unto this end have an end when men are dead.’ (D&C 132:7)” (in Conference Report, Japan Area Conference 1975, pp. 61–62).  (my bolding).

As I looked for the link to this lesson I discovered that www.lds.org has changed somewhat and perhaps this awful story is no longer being used as of 2013, yet the one year wait ‘penalty’ has not been lifted. Are the Saints in other countries less worthy of the Lord’s blessings because they are married civilly first? They actually seem more blessed as they have the privilege of enjoying both a beautifully inclusive wedding and a sealing in the temple?
It would be so easy for the Church leaders to end the one year wait policy that North Americans and  others are subjected to – simply for obeying the commandment to Honor their father and mother and for loving their families.

On this same visit to www.lds.org I discovered the following teaching in the lesson on temple weddings as of the beginning of 2013.
“Why is family important? The family is ordained of God and is central to His plan for the eternal destiny of His children. This divine plan makes it possible for individuals to return to His presence and for families to be united eternally.”

Are families in other countries in some way different from those in North America?

With the LDS understanding of the importance of families it seems incongruous that the Church would ‘punish’ couples for honoring that divine plan.
If it is permissible for Saints in other countries to marry civilly and to then give their full and undivided attention to the actual sealing of that marriage, why do North Americans need to be punished? Why are they singled out for a one year wait?

My friend Michelle James Spencer joined with me in a petition campaign to plead with Church leaders to review this policy, to cause them to become aware of the damage that is being done to the sacred family unit and good will towards the Church. We collected hundreds of signatures in 2010 from Mormons, Catholics, Lutherans and so on, and dropped it off at the Church Office Building in Salt Lake City. The following year 2011, Michelle and I met with Michael Otterson of Church Public Affairs who graciously received the petition of new names from that year, reminding us that the one year wait imposed on those who marry civilly is merely a policy, that policies can and do change. We were hopeful.

In early May 2012 my husband and I were also graciously received by Mr. Otterson. My husband was a believing member and wrote a heartfelt letter to President Monson to consider the heartache of the stories included with the letter. This letter needed first to be approved by Mr. Otterson before he was willing to pass it along to the 12 apostles who would then decide whether to do anything about it. He approved the letter and as of April 2013 we have heard nothing more.

Faithful members of the Church need to know:
• This is a policy and not a doctrine.
• They have the agency to choose the type of wedding they have based on their circumstances.
• That having a civil wedding does not make them unworthy.
• That God commands them to honor their parents.
• That obeying a policy has nothing to do with loving God.
• Choosing a civil wedding is about honoring family.
• There is no redress for ordinary members to appeal regarding any policy.
• If a couple has previously been endowed, are completely worthy of a temple recommend yet choose to be married civilly, they do not lose that temple recommend. They are even allowed to perform proxy sealings but are not permitted to have their own sealing ceremony until one year after the civil marriage.
I welcome your comments and feedback.
Jean P. Bodie.

Jean was born in 1944 in England. I’m a mother of 5 children, grandmother to 13, have 1 great grandchild with another due in August. I joined the Church in 1967 and the rest is history. She served in the Edmonton temple in two separate callings as an ordinance worker and as a cleaning supervisor. She also served a faithful mission to South Africa with Jim in 2002 to 2003. After fund raising, we returned in 2005 to 2006 to set up micro credit loans so that the members could start businesses to support their families. Jean is still a fund raiser with the Grandmothers to Grandmother’s Campaign under the Stephen Lewis Foundation. NGO effort to combat poverty and support African grandmothers raising their AIDS orphaned grandchildren.

All posts by Jean Bodie