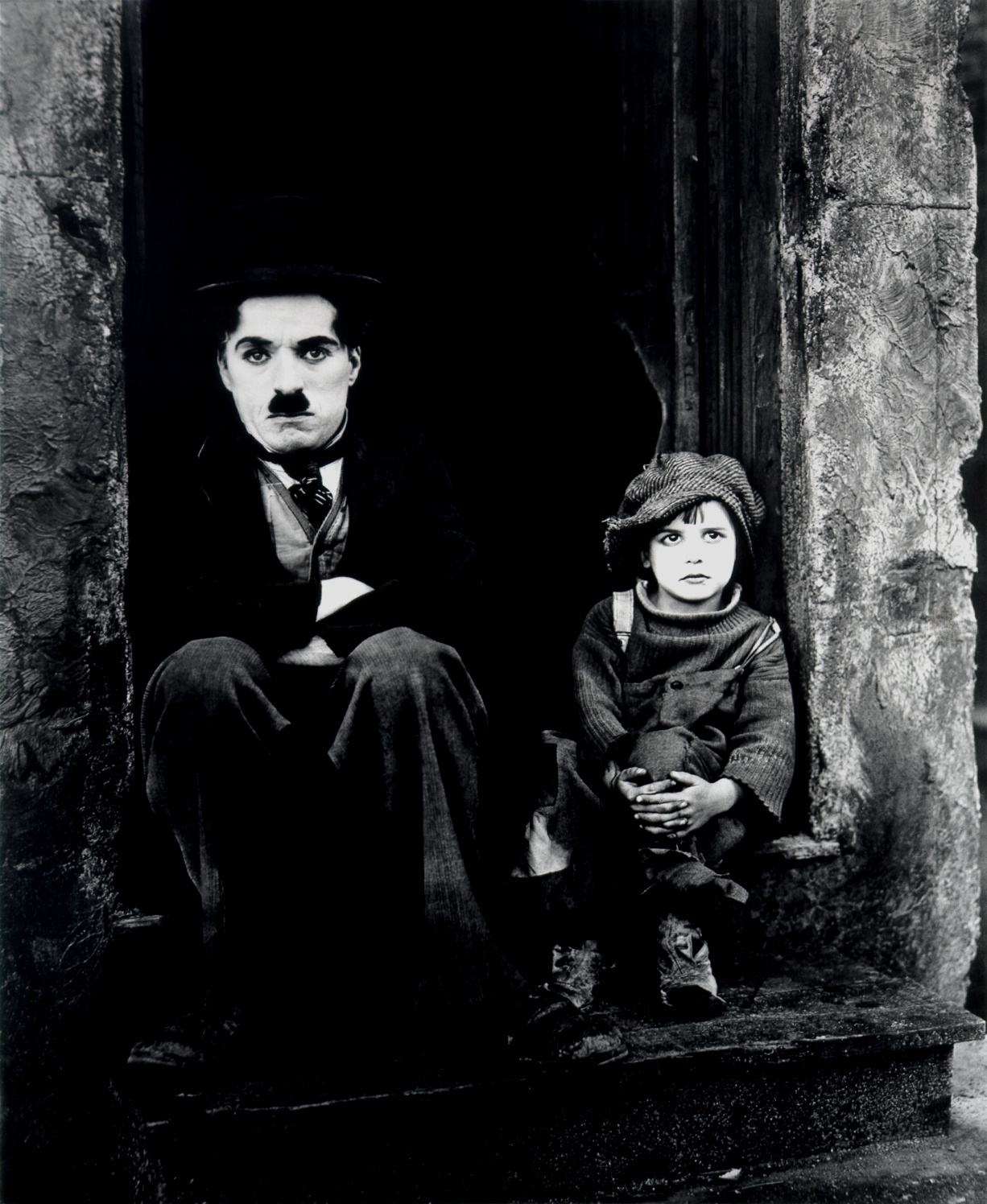 (This piece is cross-posted at No Poor Among Them).

Several months ago, our family had a movie night. The film was Charlie Chaplin’s The Kid, a 1921 silent film where Chaplin plays–what else–a tramp who has fallen on hard times. To make matters more difficult for the tramp, a woman abandons her child and somehow, Chaplin’s character ends up with him. As the film goes on, the tramp and the child grow in affection for one another, and make a living by duping people through various schemes. After some time, it is discovered that the tramp is not the boy’s father, and two men from an orphanage come to take the boy away. Of course, at this point, the tramp and the boy were as good as father and son. Now, I won’t spoil the entire plot, after all the film has only been out ninety-two years. But as my three year old son and I watched the film, I tried to explain the plot to him. The men from the orphanage took the child from his father figure, I asked my boy if he would be sad if he were taken from us (because I am a terrible parent, obviously). My son started to sob. I immediately hugged him and reassured him that his mom and I would never let him go and that we would always be there for him. It was a touching moment for me, and I hope for him in a positive sense as well. 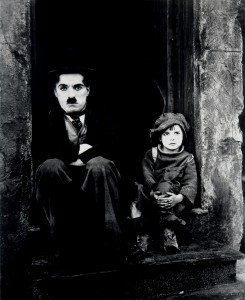 Charlie Chaplin and Jackie Coogan in “The Kid.”

I have thought about that experience a lot over the months that it happened. As I have become more sensitive and aware of human suffering in the world, I am trying to do more to assist people in need and organizations which support those in need. As I do so, I desperately want to include my two boys (now four and twenty months). Granted, I don’t expect them to entirely understand what is happening when we donate to an organization online, but somehow, in some way, I want my children to have empathy for those who suffer in the world as they live in relative comfort.

My interest to teach my children empathy grew after reading a powerful article about the lives of street children by author Ben Faccini, who recently co-authored a book containing the stories of street children from around the world. In it, he wrestles with his desire to keep his children safe, comfortable, and away from terrible situations, while teaching them just what these street children go through on a daily basis. He wants them to learn empathy without breaking their innocence. After returning from a trip to Mongolia he recalls:

I remember repeatedly feeling bewildered by my own young children. As I got them ready for bed, I found myself struggling to chase away insistent images of the Mongolian children in the heating vents [many of these children lived beneath manhole covers where they were warmed by pipes carrying scalding water]. Yet I had to banish those very fresh memories in order just to be with my children. I became quickly frustrated by their complaints about life: ‘I don’t like my peas and mash touching’; ‘I’m not watching Robin Hood again’. These were the capricious banalities of children used to comfort, and I wanted to yell at them that they didn’t realize how lucky they were.

However, my frustration hid many layers of unresolved emotion. I had hoped that my recent experiences would anaesthetise me to the pettiness of family life. Instead, I felt a real bleakness, and its slow bitterness released itself into my parenting. Mongolia had made me doubly aware how precious childhood was but, equally, I was repulsed by my own children’s innocence. Their cleanliness, abundant food and clothing felt like an obscenity. On more than one occasion, I had to pull the car over, the engine running, and stare into space for a few seconds while the children bickered behind about their car seats touching each other, their feet kicking me in the back. A silent rage had overcome me and I didn’t know how to deal with it.

Reading about the difficulty he had in determining how to approach the subject with his children, notwithstanding being around these street kids as a profession, really made me think about how I should approach these things with my kids. 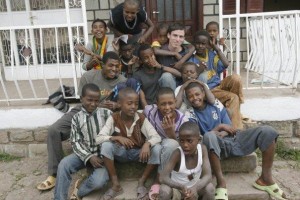 A group of former street kids from Addis Ababa, Ethiopia live in a home with Jason Burton (right of center). The organization which Jason founded is Yehiwot Reay, or “Vision of Life.”

Once a month, I take a budgeted amount of money and donate to various organizations which help the poor and the needy locally and throughout the world. It is a small gesture, but I hope it makes a difference. As I donate to these organizations, Jana encourages me to include the kids in the process. Though I am pretty certain my 20 month old and four year old sons won’t quite understand what’s going on, I have high hopes for them that they will develop greater empathy for those in need much sooner than I did. But so far, I am either met with one covering his ears as I explain where the money is going (the four year old), or with a consuming desire to hit the keys on the keyboard (my 20 month old). I’m not certain, but I am pretty sure my son’s reaction is a result of poor parenting on my part. I, of course, understand that self-discovery would teach him empathy much better than I ever could, but what if that takes a while and opportunities for him to alleviate suffering are passed by? Is it moral of me to let life pass us by in our safe and prosperous community, while not even hinting at the pain and anguish that millions of children around his age go through every single day?

I was touched when I read recently that three kids from Sugar House, Utah sent the proceeds of their lemonade stand ($36.50) to the Utah Food Bank. Accompanying the small check was a note which read, “Dear Utah Food Bank, I wanted to contribute the money I made from my lemonade stand to help feed the hungry. Sincerely, Aidan, Sofia, and Zach.” 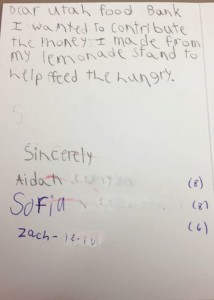 The letter of three children written to the Utah Food Bank

I have about five years to get my own kids up to speed with these kids. What are ways that you have found success for teaching your own kids or young people empathy?

Dave Dixon is the co-founder of No Poor Among Them, an LDS-humanitarian-themed blog and podcast geared toward raising awareness of poverty and suffering in the world, and inspiring action among the Saints to build Zion. He currently works as a GIS consultant in Northern Nevada. He and his wife, Jana, have two wonderful boys.

All posts by David Dixon