Talking to my Father 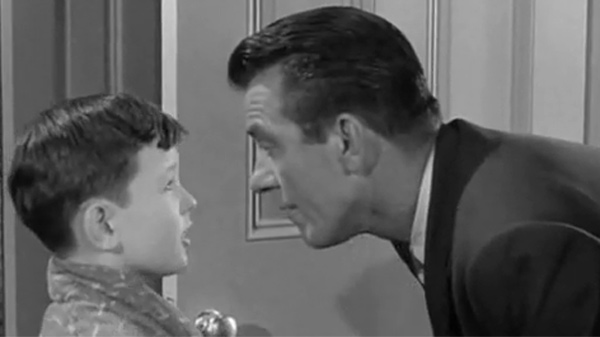 I am the oldest of seven. That means that I have spent more time with my parents than any of my siblings. I should know them best, right? I mean, since I’ve spent more time in their presence I should have a clearer understanding of them shouldn’t I? We came from solid Mormon stock through several generations, down all four of my grandparents lines. I was blessed as a baby, Baptized at eight, Deacon at twelve, mission, Temple marriage, etc. all by the book. My parents have been extremely active throughout their lives; Relief Society President, Bishopric, High Council, Gospel Doctrine, Primary, etc. They are committed to The Church.

Mom grew up in California, Dad in Southern Utah but since early in their marriage, they’ve lived in Utah Valley. They like it there. My Dad is a builder and master woodworker. He has an incredible work ethic which he did his best to instill in us kids. His commitment to his work and the drive to provide for us often made his attention scarce, and, divided between seven kids and a wife, very hard to get. He is logical and not very affectionate but he loves to talk. Philosophical discussion is his love language. And math. Math is too. He was an enigma to me as a kid. He seemed unapproachable, often consumed with his own worries. He usually answered questions with questions, he wanted us to learn how to figure stuff out on our own, and we did, but sometimes questions are not just about getting the answer.

As I look back now, I see that he was quite an effective teacher, although it didn’t seem like it at the time. He once gave my brother and I the task of filling in footing trenches in the backyard with shovels a wheelbarrow. It was a job that would have been more effectively done with machinery so our efforts were practically pointless but his intent was not to just get the trenches filled. We learned that it feels good to work hard. We learned that we could stand in front of a difficult task and move forward. We learned that we could look back at what we had done and feel a sense of accomplishment, and we learned about responsibility. We also learned that he was a bit of a smart-aleck when he rolled in on a skid loader a couple of days into the project and filled in all the trenches in a matter of minutes.

As a young teen, I discovered a “sex book” in their room. It was pretty tame, written by a Pastor. I didn’t quite understand all of it and some of it was just gross. (yet strangely compelling) I told some friends about it which got me the nickname “Daniel by-the-manual.” When Dad learned that I had gotten a hold of it, he didn’t say a thing. A couple of days later, he came to me with one of his old college calculus text books and gave me a problem from it to work out. This wasn’t really that strange at my house, (remember the math thing?) and after struggling to solve it with my freshman algebra skills, I came back to him and told him that I didn’t know enough to solve it. (You can see where this is going right?) He calmly explained that I wasn’t prepared for it yet, and I needed to learn more before I was ready. Then he said “don’t read sex books until you’re ready for it.” I never made it to calculus and, in fact, the only class I’ve ever failed is a math class. No metaphor there.

My Mom has always been an emotional support. She was my biggest cheerleader and always encouraged my interest in art. Both she and Dad are incredibly artistic and creative, and I inherited their interest and knack for it. It was part of our family culture. Mom was the one I talked to about girls and friends and school. She is very close to the spirit and provided much needed support at crucial times in my life. She sacrificed much raising so many kids, she sewed most of our clothes when we were young and became a master seamstress in the process. She could feed us all with a can of cream of mushroom soup and an onion. Though her sanity was often on the line, and her attention was divided between the eight of us, she made time for each of us and it was always very personal. She has taught sewing in our living room and won many awards for her skills but the only time she took a job was to help pay for mine and my siblings missions.

Recently, Mom and Dad have decided to sell the house I grew up in, a house that Dad designed and built. It’s quite unique (octagonal) and full of woodworking experiments and evidences of Dad’s skill. The property is in a commercially valuable location and they have been pestered by a developer for years. He finally made them an offer they couldn’t refuse. I’m a little surprised that I don’t feel very sentimental about it but the memories and values I gained there can’t be torn down. They bought another home in the same city which they are in the process of remodeling and adding a wood shop. Dad is retired and he is doing the work himself. My brothers and I are helping when we can. A couple of weeks ago, I spent the whole day working with Dad on the new house. I had a great time. He is an expert builder and I learn so much as I work with him. He is an unapologetic perfectionist which I have come to respect although I haven’t always felt that way. I worked with him quite a bit growing up and from my narrow, teen-aged perspective, his standards were beyond my understanding, let alone my abilities. He used to have a sign in the shop that said “Perfection is good enough” he has told me that he recognizes that his standard is unachievable, even for him, but why not try? His philosophy has since evolved to: “The closer I get to my goal of perfection, the more I realize, it is moving too.”

Mom made us lunch and the three of us ate together.

I had been wanting to ask Dad for his opinion about some of the the stuff I’ve been thinking about lately. I was a little unsure of how he might respond. I just asked straight out, “Do you think that most Members think they will be saved simply because they belong to the only true church?”
Mom smiled, Dad said nothing. “And what does that even mean? ‘the only true church?’ is authority enough to justify exclusivity?”
“Sounds like you’ve been thinking about this a lot” Mom said.
“Do you remember the email I sent you last year? ‘Letter to a Doubter’ by Terrell Givens?” Dad asked. I had forgotten that it was him that sent it to me.
“He emphasizes the importance of pursuing questions like those and allowing for any and all possible answers”

I told them that my interest in asking is to gain a better understanding as I try to figure out my personal spiritual path. I explained that I had learned about the nature of devotion and inspiration as I visited the Hare Krishna Temple. Mom’s eyebrows went up, Dad smiled. I told them that I was learning more about Atonement as I talked to my Baptist neighbor. I expressed that I thought there might be room in LDS doctrine for the ordination of women. Dad said “maybe not.”

Wait…maybe!? They weren’t freaking out. I let loose.

“I can’t really believe in a punishment/ reward system anymore, I think it may just be a cultural construct that may be helpful to some people but it doesn’t make sense with the God I have come to know and I don’t think Ordinances are magical keys that get us into The Celestial Kingdom and I’m not even sure anymore if the Celestial Kingdom is a destination, I think it may be a phase that we will ALL pass through eventually on our way up and, if ordinances have any value, it is in the way they can change our thinking by making commitments and not only are Church leaders fallible, but we won’t achieve God’s intent for us unless we can learn to think independently of them, we can’t “follow the Prophet” into Heaven and I don’t really care if Joseph Smith may have been a cad or how he produced The Book of Mormon it teaches principles that are essential to my personal spiritual journey”

“I never could have just told you those things.”