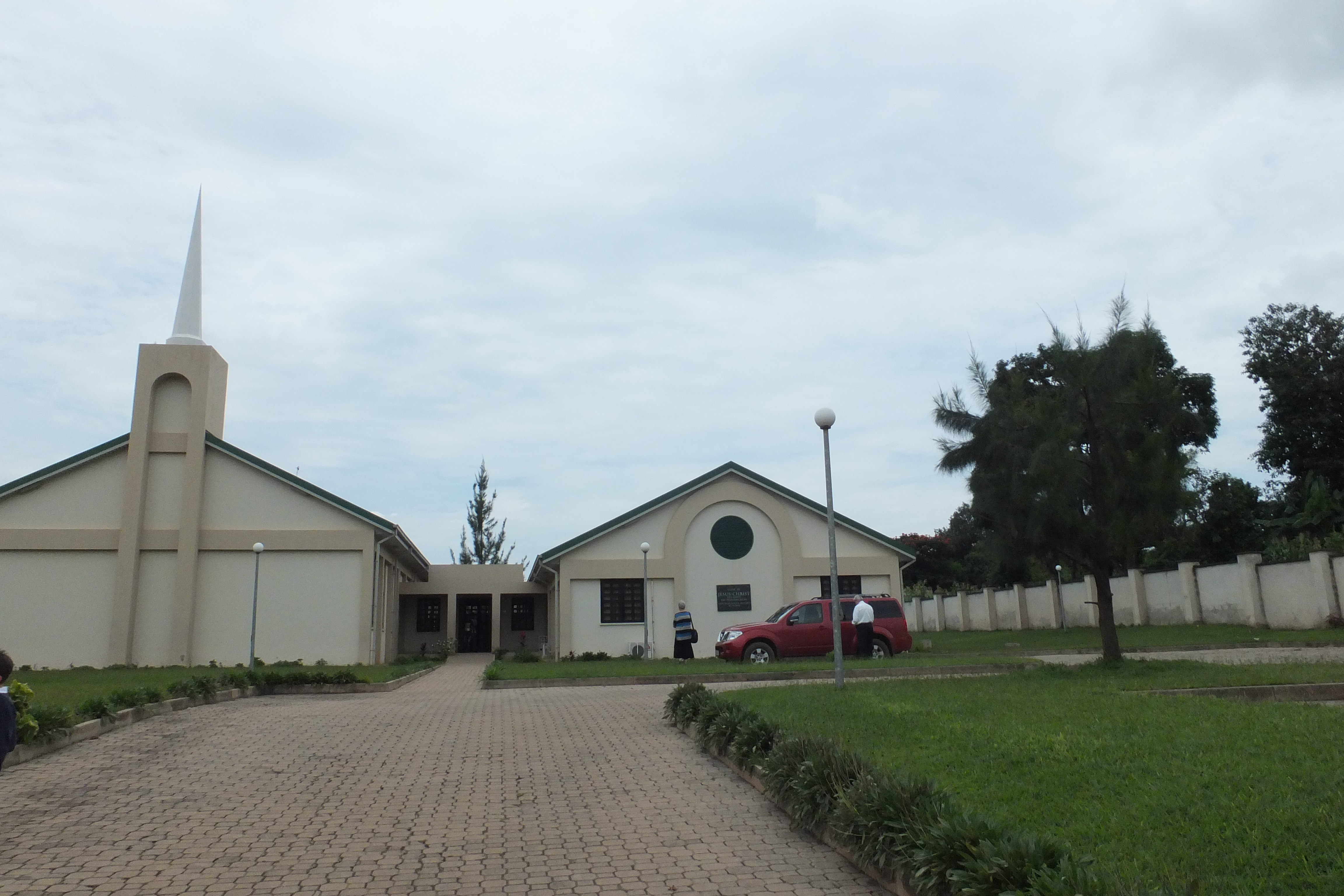 How does change happen in The Church of Jesus Christ of Latter-day Saints? Should it be bottom-up or top-down?

Here’s a little story about a big chapel. Can you guess where it is? 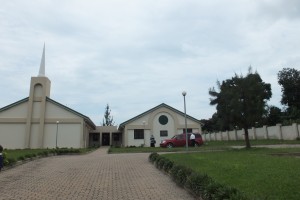 A big chapel with strong branding.

It has a tall white steeple, twin peaked roofs, black grid windows, decorative arches, two-tone exterior paint. Inside, it has varnished wooden pews, a stand, a projector screen, fluorescent lighting, and drapes. It has a row of toilets and a block of porcelain sinks. It has an attached cultural hall and a rear basketball court. It has landscaped grounds and a large parking lot. It looks like a “typical Mormon chapel” that would be at home in Bountiful, Utah. 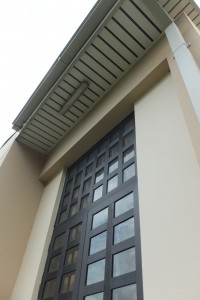 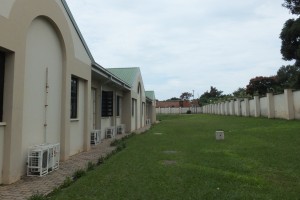 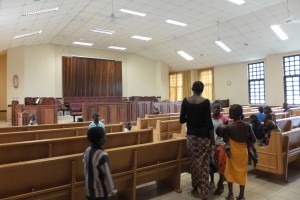 The problem is, this chapel is in Likasi, a city in the Democratic Republic of the Congo. No one uses the basketball court because sports culture here is all about soccer. The toilets stink because a lack of reliable running water means they don’t get flushed. For the same reason, the sinks don’t work and people wash their hands in a big plastic bucket in the corner of the bathroom. Compared with the modest residences in the neighborhood, the sprawling green lawns seem conspicuously out of place. The parking lot is usually completely empty because few members own a television, much less a car. 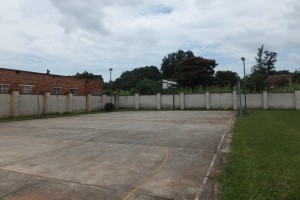 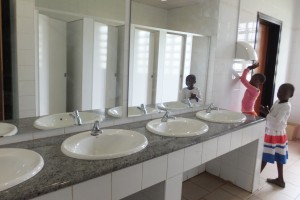 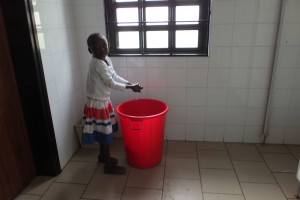 When this chapel in Likasi was built, it was built according to a set of standardized building plans used by church administrative offices in Salt Lake City. These plans were descended from a set of architectural types and floor plans that first entered circulation with the creation of the Church Building Committee in 1954. 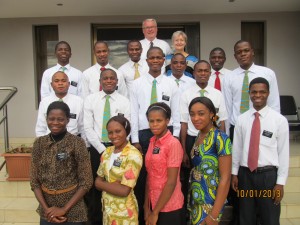 Joy and Phil McMullin with a group of newly arrived missionaries at the Lubumbashi mission home, January 2013.

In 2012, Phil and Joy McMullin arrived at their new mission president post in the Democratic Republic of the Congo (DRC). They both spoke fluent French and so their ability to listen to real conversations was good. They had recently retired from professions as a business owner and as a special needs preschool teacher and so their instincts for problem-spotting-and-solving were sharp. They realized that church buildings that worked in North America were a poor fit for the local environment. Purpose-built LDS chapels looked foreign and ostentatious. They were unhygienic because of the lack of reliable running water. They used expensive non-local materials and construction methods. This building approach was not a past practice, but was guiding current and future building projects. 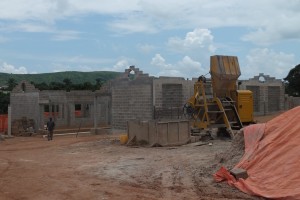 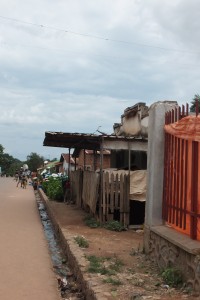 Contrast between the high steel-and-concrete fence of the new building site and the wood, tin roofs, and mud brick of the neighborhood.

In the course of the McMullins’ service, President McMullin developed a preference for local chapels that had been improvised from existing sites (usually residential compounds). For instance, at a neighboring LDS chapel in Likasi (a former gated home that had been converted), the brick wall and modest building blended into the neighborhood. At this chapel, much of the earth adjacent to the building itself was being used to grow crops. In other places, congregations met outside, holding sacrament meeting in the bamboo grove or Sunday School in the mango grove. Several local residential compounds could be retrofitted into chapels for the same amount of money that it cost to build one new purpose-built “standard” building. 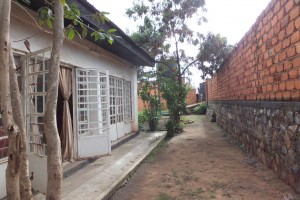 LDS chapel converted from an existing local residence in Likasi. 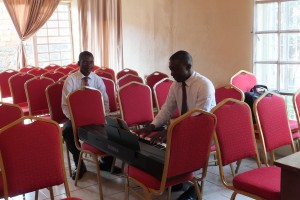 Prelude music in the chapel before sacrament meeting. 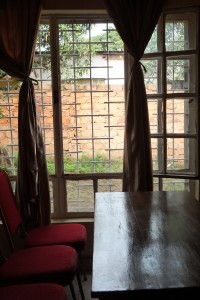 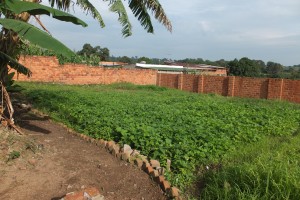 Land inside local church compound being used to grow crops.

President McMullin and like-minded Congolese colleagues from local church administration took pictures, wrote emails, and brought the matter up in meetings with the leaders directly above them at the Church’s Africa Southeast headquarters in Johannesburg. They appealed to church history: historically, were large, enclosed, multipurpose buildings always used for church meetings? (No, especially before 1847.)

To the credit of all involved, including the area authorities in Johannesburg, good information and common sense proved to be a winning combination. A new chapel is currently being constructed for a congregation in the town of Tshitenge in the DRC that has outgrown its retrofitted-residence meetinghouse.

This new chapel represents a shift in the Church’s approach to building in Africa. Its “four poster” design has shifted away from the standard church building plan and is designed to fit local needs. The main meeting space will be covered by a roof and bounded by a low wall but not completely enclosed. The floor will be pavers in cement. The adjacent bamboo grove will continue to be a place for church life. This new chapel costs much less money to build, will not look ostentatious or foreign, and will accomplish everything that the local unit needs a building to do. 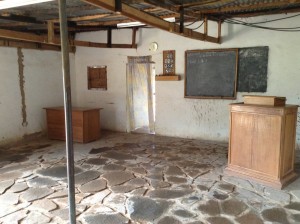 Interior of “old” Tshitenge building (the branch president’s former residence), soon to be replaced by a structure that creates a larger meeting space but that retains a local feel. 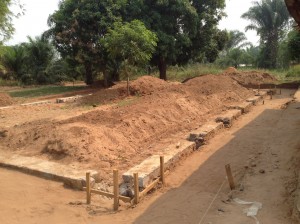 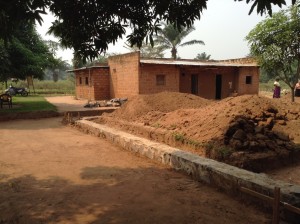 Another view of the new construction in progress in Tshitenge. 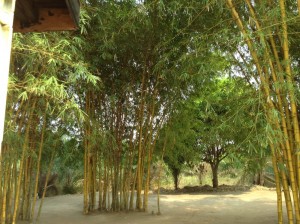 This little building is a big story. Not only does it show Mormonism’s increasing ability to adapt to local conditions worldwide, but it is also a sort of a case study illustrating how the global Church changes and adapts to meet the needs of an increasingly diverse membership. First, people on the ground noticed how the existing “standard plan” was not meeting specific needs. Second, in a spirit of stewardship and responsibility, people on the ground identified the problem to church administrators who were in a position to do something about it. Third, armed with this important local knowledge, church administrators very sensibly adapted the policy, coming up with a new approach that matched the resources of the Church with the needs of the Saints.

The key thing to grasp about this “Tale of Two Chapels” is that this inspired adaptation never would have taken place were it not for the considerable initiative of local people on the ground. We can expect that high church leaders will rely on good judgment and divine revelation to make decisions, but it would be unfair to expect them to be telepathic and omnipresent. This is why visiting teachers and home teachers are so important within a ward’s organizational structure. They are the bishop’s eyes and ears on the ground, keeping in touch with individual families and making him aware of any special needs. Grassroots activity in terms of problem-spotting-and-solving can only improve the process of building Zion.

At General Conference in April 2014, Elder Uchtdorf reminded us that the Restoration of the gospel is not something that is complete and already behind us. “Restoration is an ongoing process; we are living in it right now,” he said. “It includes ‘all that God has revealed, all that He does now reveal,’ and the ‘many great and important things’ that ‘He will yet reveal.’”

In the 21st century, change in the Church is not something to be feared, but something to be sensibly expected and facilitated. It is both a bottom-up and top-down process. It is also a horizontal process. When it comes to inspiration, Mormons are accustomed to looking up, but I suggest that we should also look around.

Melissa Wei-Tsing Inouye is a lecturer in the School of Cultures, Languages and Linguistics at the University of Auckland and an expert on modern Chinese history and Asian religion. She earned her Ph.D. in East Asian Languages and Civilizations from Harvard University in 2011. Her first foray into Mormon studies was in 2003 when she participated in the summer seminar at BYU’s Joseph Fielding Smith Institute under the direction of Claudia Bushman. Inouye subsequently worked as an Archival Acquisitions Specialist for the Church History Department, where she interviewed Asian American Latter-day Saints in North America and began participating more generally in scholarly conversations. Melissa has taught history of American religion at the University of Hong Kong and Chinese history at Loyola Marymount University and California State University Los Angeles. She has recently relocated to Auckland, New Zealand, with her husband and four children after three years in Hong Kong.

All posts by Melissa Inouye