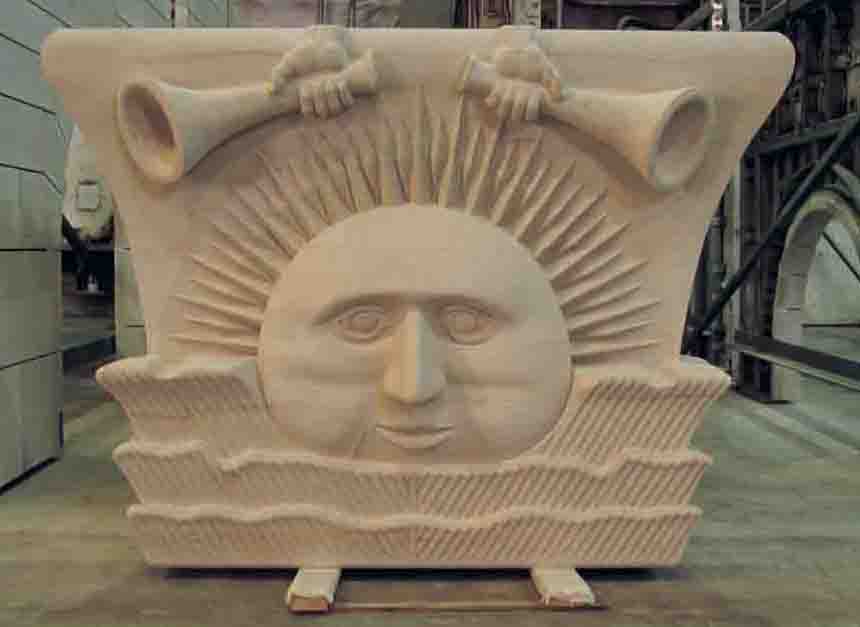 In October, my friend and I had the opportunity to spend a weekend in Nauvoo, Illinois for the Sunstone Nauvoo Retreat. This event was the first of its type from Sunstone- a location-based historical retreat for those who are academically interested in Mormonism. The weekend was truly fascinating and renewed my interest in Mormon studies, and reminded me that there is so much more that I don’t know about Mormon history.

My friend Ian and I arrived in Nauvoo after about an 8 hour drive. We arrived to a decent sized group of folks in the Nauvoo House, and began to mix and mingle with a really diverse group of folks.  The group ranged from current LDS folks (dare I say Brighamites?) to members of the Community of Christ to former Mormons with an interest in history. I had the honor to share my table with none other than Kevin Barney, a well known figure in Mormon scholarship (to whom I owe lots of credit for my Sunday School lessons at my ward), who was kind and insightful. Around this time, my friend and I left the retreat area to try and find some donuts. We went to a small gas station (the only thing opened in little tiny Nauvoo) that boasted made-from-scratch donuts. After opening the case, we quickly realized that there was a bee floating around in the donut container, which was pretty gross, but not gross enough to stop us from buying a dozen. When we returned, we realized that Stephen Carter, Sunstone’s wonderful Editor, had facilitated a meet and greet of sorts after we had left (or once he saw us leave). My friend and I came back and played Mormanity with a group of very funny folks that included Jonathan Streeter, the proprietor of the Thoughts on Things and Stuff blog. We slept in the top floor of the Nauvoo house, which was cool, because it was definitely haunted, and I got to have some pretty thorough conversations with some really pleasant and charming deceased saints.

After being treated to a breakfast at the Nauvoo house, we were greeted by the lovely Lachlan Mackay, who is an apostle for the Community of Christ church and an expert historian. He shared with us the history of the Nauvoo House, which was utterly fascinating. It was powerful to share space with Joseph and Emma, though separated by years. We then carpooled to Carthage, where we would be joined by Joseph Johnstun, who is one of the world’s foremost experts on Carthage and Nauvoo. My friend’s massive car allowed for us to take a large group of folks, and the conversations on the way were absolutely what you would expect from a group like this- organizational theory, gender theory, favorite TV shows, whether or not we’d use an artificial womb for childbirth, economics…you get the idea. We arrived at Carthage right on time for an LDS history tour, led by a really pleasant senior missionary. I had been to Carthage before purely in the LDS context, but as a student of historical philosophy/narrative/rhetoric, it was really awesome to be there with a varied group and see the tour from a variety of different perspectives. And as an almost 30-year-old manchild, it was fun for me to do things like this:

After the tours, we headed out to the parking lot, and Brother Johnstun and Lachlan Mackay answered our questions about specifics from the Carthage period. One story of note dealt with a stain on the floor of the jail that was purportedly the “blood of the martyrs”, but was actually in fact ink that was repeatedly spilled to create something of a sideshow attraction for friends and enemies of Joseph and Hyrum Smith. We then loaded back into our respective vehicles, solved all of the world’s problems, and then enjoyed a pleasant lunch, which was sponsored by Ordain Women. We were treated to a short lecture from Robin Linkhart (also an apostle for the Community of Christ church) who talked about Emma Smith and her foresight and strength. 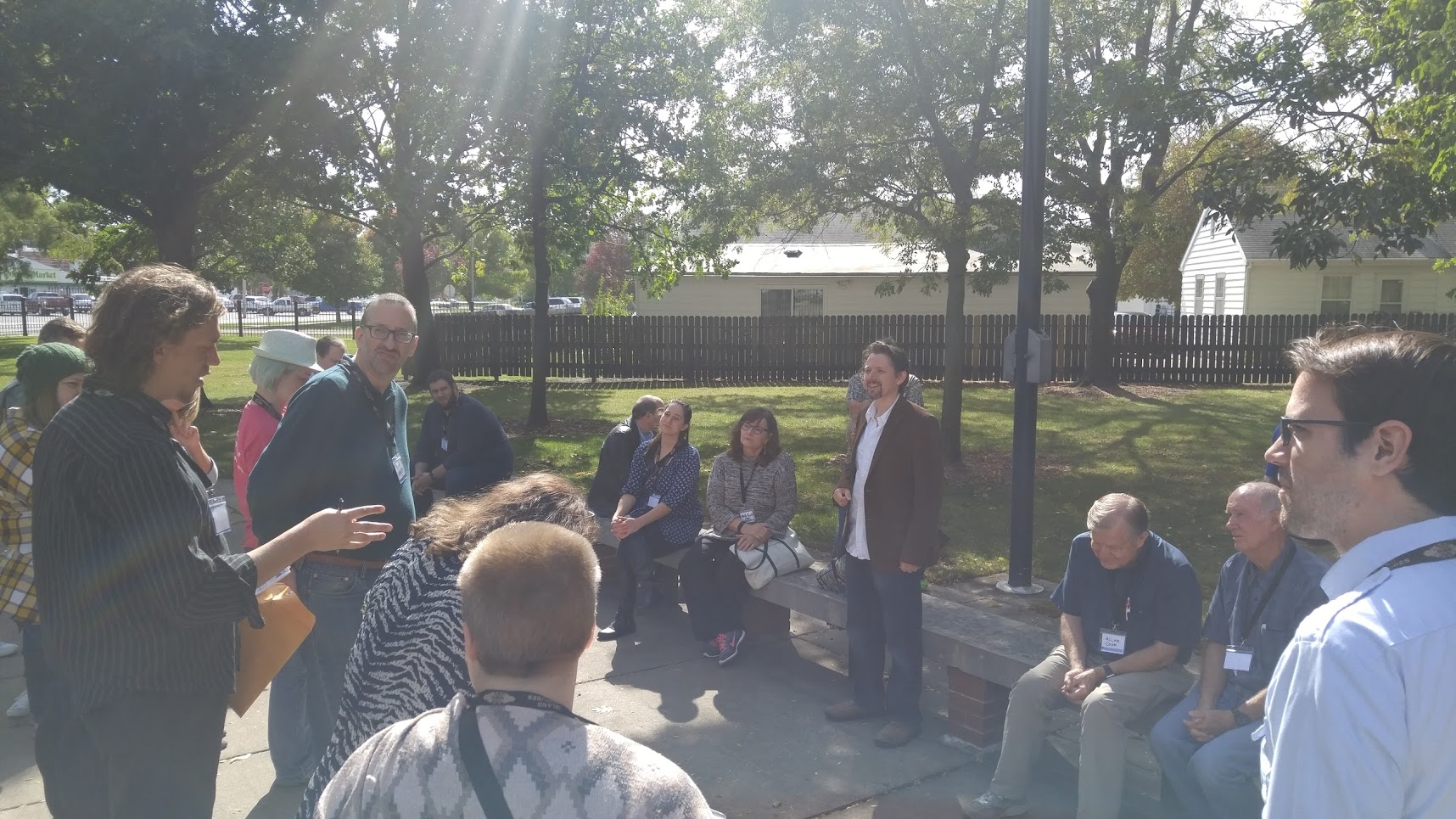 We then did a pretty thorough tour of Nauvoo, which was absolutely fascinating. It was much more in depth than any tour I had ever taken on a church site, and I think Lachlan did an admirable job of discussing the early period of the church with candor and painting a holistic portrait of early church leaders in the Nauvoo period. One of the neatest parts was when we stood in what was Joseph and Emma’s homestead kitchen, and sang a few verses of the ‘Mormon Jubilee’, a massive song that was written to the tune of ‘Auld Lang Syne’ to welcome the Prophet Joseph home after a stint in jail. I think there were 15 verses or so, making it the first Mormon Progressive Rock epic, only to be trumped by the Osmonds album The Plan several decades later. 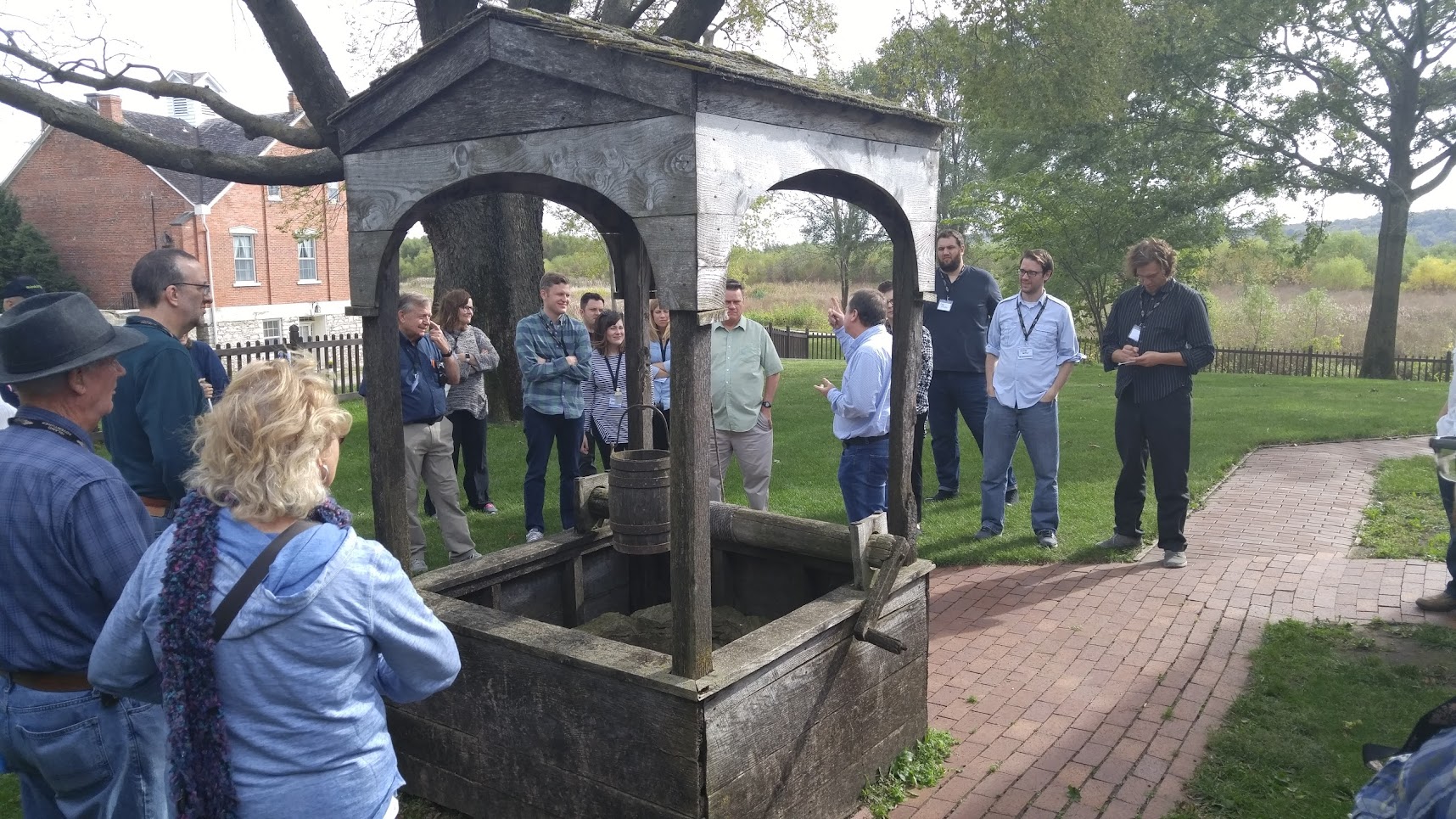 Joseph Johnstun’s part of the tour was maybe the most mind-blowing of all of the tours. Brother Johnstun shared some pretty absurd stories from the Nauvoo period with an impish smirk.  If I were confronted by some sort of sorcerer who forced me to pick some time in history to live in, Joseph Johnstun thoroughly convinced me not to choose Joseph Smith’s Nauvoo, although as a single father of two, I would have probably fared much better than a beautiful, single young lady. Facetiousness aside, it was amazing to see the place come alive as we imagined what life would have been like during that time. 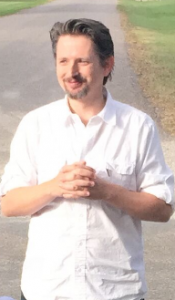 We had chinese food for dinner. Sunstone Editor Stephen Carter was NOT quoted as saying, “We chose Chinese food because it was said that Emma Smith made a killer chicken lo mein”. After the dinner we were treated to a brilliant lecture by Dr. Martha Bradley-Evans, who had just recently published the latest biography on Joseph Smith, Glorious in Persecution. Dr. Bradley-Evans is a highly respected academic in both history and architecture, and she brought her interdisciplinary approach to history to this latest biography.After the presentation, my friend Ian and I sang a few songs we had been working on (downloads and lyrics forthcoming) from our CD, Rejected EFY Songs. We sang songs like ‘The Brethren Have Spoken”, ‘Don’t Tamper With Your Machinery”, and “Revised Book of Mormon Stories”, among others. We closed the night with ‘Stairway to Kolob’, which was, in fact, NOT the original title to Led Zeppelin’s hit song ‘Stairway to Heaven’. The night ended with a lot of decompression sessions (and probably more visits from ghosts).

We headed home with our heads completely full, and it took the entire ride home to formulate coherent assessments of the trip. I think the thing that stood out the most was that, when you’re dealing with history, there are phases that you go through. There is often times an initial phase where you’re taught something that is un-nuanced and trite and sometimes even demonstrably false (‘Christopher Columbus was a great guy who discovered America’). Then there is a phase for the learner to deal with the fact that certain unattractive facts may conflict with the initial narrative (‘Christopher Columbus was a despicable man who wreaked havok on the native inhabitants of the Americas’). Eventually, after learning more about a moment or an event or a person,  the student of history has to wrestle with context and character and psychology and sources to draw their own more nuanced, complex conclusions that take everything into consideration. This trip was a good reminder that history is confusing because people are confusing, and it was really eye-opening and insightful for me to better understand the history of the faith of my mothers and fathers. And, as is the case with events like this, I was able to meet some pretty cool people and make some new friends.  If the depth of this retreat is any indicator of how future retreats will be, I thought it was a pretty fantastic weekend of insights and reflection and would recommend a Sunstone-sponsored historical retreat to anyone who is interested in Mormon history.