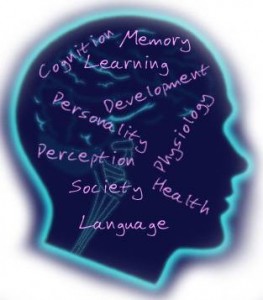 In chapter 2 of The Origins of Political Order, Francis Fukuyama gives a compelling overview of how human biological and social evolution has provided the basis for modern political organization. In brief, he argues:

1. As humans, we have always existed in groups.

2. Our early primate ancestors developed a strong tendency to affiliate with and protect fellow group members for two key reasons: 1) Our genes stand a higher chance of surviving if we defend and protect those who share our genes, and 2) over many generations, we figured out that others in our group will help us survive if we, in turn, help them survive (“reciprocal altruism”).

3. Humans want to feel “recognition,” or that others acknowledge our “worth and status.” We gain a positive self-image when recognized by others. Because we organize ourselves in hierarchies, this recognition, therefore, becomes a zero-sum commodity. We achieve recognition only in comparison with others. Also, we have evolved this desire for recognition because those with greater recognition (and, therefore, higher status) have “greater access to sexual partners and, therefore, more reproductive success.”

Building on these fundamental building blocks, social psychologists Henri Tajfel and John Turner developed the “social identity theory” and in a 1979 summary publication, they make the following claims:

4. Humans desire positive self-identity and work to attain it. (See point 3 above.)

6. Humans attach a positive or negative evaluation to each group, which come only in comparison to other groups. (See point 3 above.)

7. Therefore, humans are motivated to perceive their in-group as positive so they, in turn, have positive self-identities. Conversely, humans are also motivated to perceive out-groups as negative because it boosts the positive evaluation of their in-group, and themselves by extension. Human psychology interprets the world in terms of groups, specifically “in-groups” and “out-groups.” (See points 1 and 2 above.)

Turner and Tajfel (1979) further argue that when the stakes of conflict between groups are higher, people are more likely to interact with and perceive each other on the basis of their group identities as opposed to their individual identities.

While these theories are often used to explain the origins and dynamics of intergroup conflict in the political or social environment, readers of this particular blog may be interested in considering how these concepts can be applied to a Mormon religious environment.

A prominent contemporary situation involves the tension between groups that are sometimes labeled “Iron Rod Mormons” and “Liahona Mormons”. Recently, these tensions have revolved around issues like the role of the LGBT community in the church, women’s ordination, and the role that historical research should play in shaping our theological narratives. We see these tensions play out among both the lay membership of the church as well as in the behavior and decisions of its leaders.

These tensions are especially susceptible to group-based thinking because the stakes are so high: they get to the heart of our identities and shape the terms of the relationships with our families, friends, and communities. We should not be surprised, then, when these group-based considerations strongly affect our thinking and behavior in our interactions with others. As explained previously, when stakes are high we tend to interact with each other as members of opposing groups instead of as individuals.

It is also important to note that this is a perfectly natural reaction based on millions of years of biological and psychological evolution. Our brains are hard-wired to automatically sort the world into “us” and “them,” and then to be nice to “us” and not to “them.” Our brains have even evolved to give us a “pleasure reward” whenever we affirm our group-based identities. (Think of how good it feels to be around a group of people like you and to affirm to each other your common interests, beliefs, or perspectives. Also, think of the anxiety it can cause when you affirm perspectives that deviate from those of the majority of the group you are in.)

Because these phenomena are physiological and for the most part genetically determined, there’s not really a whole lot we can do to change things. It literally is “natural.” After all, organisms that are better at sorting out “friend” from “enemy” are often more likely to survive, thrive, and pass on their traits to succeeding generations.

Even though this type of behavior is natural, however, this does not mean that it is always desirable. And just because there is not much we can do to prevent our brains from sorting the world into “us versus them,” it does not mean that we have no obligation to be aware of the origin of these reactions and to do our best to temper (transcend?) them as much as possible.

King Benjamin taught about the importance of overcoming our natural reactions (which we could argue would include psychological group-based reactions): “For the natural man is an enemy to God, and has been from the fall of Adam, and will be, forever and ever …” (Mosiah 3:19)

In the Sermon on the Mount, Jesus taught a radical vision of transcending our psychological group-based reactions: “You have heard that it was said, ‘You shall love your neighbor and hate your enemy.’ But I say to you, Love your enemies and pray for those who persecute you. … For if you love those who love you, what reward do you have? Do not even the tax-collectors do the same? And if you greet only your brothers and sisters, what more are you doing than others? Do not even the Gentiles do the same?” (Matthew 5:43-44, 46-47 NRSV)

The Book of Mormon describes the radical transcendence of group-based identities in the community that formed after the visitation of the resurrected Christ in the New World: “Neither were there Lamanites, nor any manner of -ites; but they were in one, the children of Christ, and heirs to the kingdom of God.” (4 Nephi 1:17)

Finally, an anonymous Christian mystic of the 14th century wrote: “Perfect love for God presumes love for our neighbor. … True charity demands of us that we make special friends with those who cause us pain and create trouble for us and we are called upon to wish them as much good as we would our dearest friends. For all humanity is part of our family. All are our friends. No one is a stranger.” (From The Cloud of Unknowing, as paraphrased by John Kirvan.)

Other podcasts covering the dynamics of social psychology and group behavior in a Mormon context: