Sinners in the Hands of an Angry Goddess 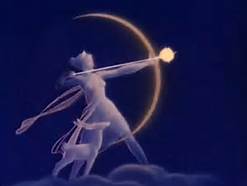 Today is Sunday, February 9, 2014.  I am sitting in the front row of the chapel during the third hour where we are having the high priest group lesson.  The instructor is teaching about the plan of salvation.

There is a man several rows behind me.  I do not know who he is.  I have never seen him before.  We have recently reconfigured ward boundaries and there are many new faces.  He is a distinguished looking man; silver hair, nice haircut, sixty-ish, checkered coat, maroon tie, obligatory white shirt. 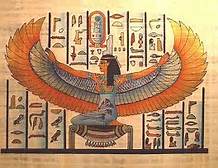 He has been making several comments during class.  His voice is smooth, pontificating, authoritative.  It reminds me of Elder Scott giving a General Conference address.

The instructor begins speaking about the Fall of Adam and Eve.  The distinguished looking man raises his hand once more.  The instructor calls on him.  He begins to speak in General Authority cadence and timbre:

“I would like to share an insight that has made the Fall of Adam and Eve much more understandable to me.  Eve was deceived by Satan in the garden.  She did not know what the consequence of eating the fruit would be, but Eve gave into temptation and was deceived into doing what Satan wanted her to do.  Adam, on the other hand, was not deceived at all.”

“Adam knew every consequence that would follow from partaking of the fruit of the tree of knowledge.  Adam knew that this was what was in the Father’s plan for the eternal welfare of his children, and that it was a critical step in unfolding the great plan of salvation.  Adam understood and knew all of these things in every particular, but Eve did not know these things.  Eve was completely deceived.”

His comments seem to go on and on, and he keeps circling back to his observation that Eve was “deceived,” which he says at least three times, emphasizing the word each time he says it.

Something starts moving in me as he speaks.  It is not a happy thing.  By the time the distinguished looking man with the General Authority voice finishes his lengthy observation, the thing inside me is in my mouth demanding to come out.  It will not be denied.  At the instant he puts a period to his statement, the dams burst and the lava flows.

It comes out in the form of a question.

I do not raise my hand.  I direct it to the instructor:

“Why is it that we feel the need to be dissing on Eve and saying she was deceived, when, in Mormon theology, unique among Christianity, we believe the Fall was necessary; that what Eve did was the right thing to do; that Eve was the one who was wise enough and brave enough to take that step; leading the way and setting the example for Adam who was not willing to do it himself?  Why are we then dissing on Eve?”

Although the words coming from my mouth begin in a normal tone, somewhere along the way they rise in volume, the blood begins to hammer in my ears, I start shaking with anger, and I am yelling by the time I am through.  Judging from the shocked look on the instructor’s face, crimson lasers are shooting from my eyes, as well.

The instructor immediately tries to regain control of the situation, saying to me and the class that nobody is dissing on Eve, that this is a minor part of the plan of salvation, and it “isn’t important in the overall scheme of things.”

“Well, it’s important to me!” rejoins a raging voice.  I am surprised to find it still coming from my mouth.

“I understand that, but we’re not going to talk about it anymore,” says the instructor, sounding slightly panicked.

The distinguished looking man tries to interject some more comments about Eve, 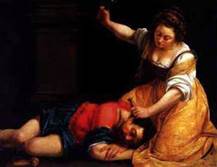 but is told again by the instructor that the discussion is closed on the subject.

The instructor now paddles the lesson as quickly as he can to calmer waters.

As the class moves on to the “more important” aspects of the plan of salvation, I struggle to compose myself.  My heart continues to pound and my skin to crackle.  I look at the nearby door leading outside and fight the urge to burst through it.  I stay put in my pew, magma sluicing through my veins.  I wonder where this has come from.  I try to understand it; to process it.  But it is not ready to be processed.  It is still busy being experienced.

I feel that the anger arcing from every nerve-ending is not wholly mine, but belongs to somebody else; that it is not coming from me but running through me; that it is the electric current and I am the wire; as if I have for one moment been touched by the white hot hand of an angry goddess; a goddess who is mad as hell and not going to take it anymore.

But it is the cleansing that comes with fire.

I feel I will be consumed with the heat.  It is hours before I cool down.

And still I am left to wonder at the event.  Where did this fury come from?  Was it wholly mine?  In this as in so many things, it is not always easy for me to tell where the “me” ends and the “not-me” begins.

Was I railing against one comment by one man in one priesthood meeting with no more than twenty others in attendance?

Was my wrath kindled against the voice of a smug and supercilious patriarchy that gives honor to women with the right hand while taking power away with the left?

Was I scorched by the outrage of an offended feminine divinity no longer willing to brook such abuse at the hands of ungrateful sons?

And was this feminine divinity channeling her fury through me, or has she been smoldering inside me for years, waiting for the right wind to fan her embers into a raging holocaust?

I don’t know the answers to any of these questions.  All I know is my experience was real.  Very real. 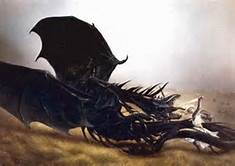 And perhaps that the time is upon us when what was winked at before will no longer be tolerated.