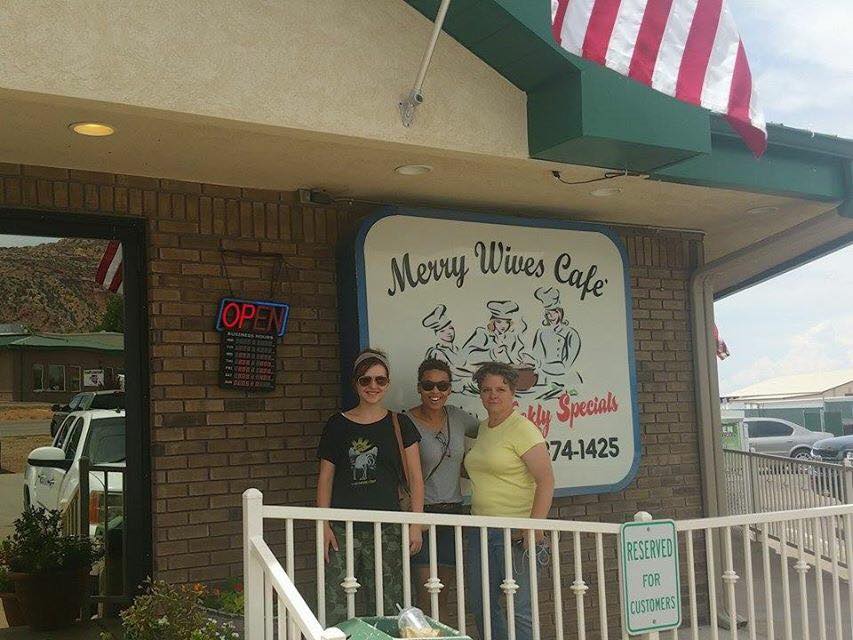 Southern Utah is teetering on the brink of a human rights crisis as the towns of Hildale and Colorado City shed hundreds of refugees who have lost their homes and their families.

As citizens on the border of our state suffer, the majority of Mormons are silent on this issue. Why?

In late winter of 2014, Elizabeth Steed (name changed) committed a radical act–she met her husband of 15 years in a secret location and together conceived their 5th child. Three years earlier, their prophet Warren Jeffs had dissolved all the marriages in the FLDS community. This mandate was designed to ensure that no children would be 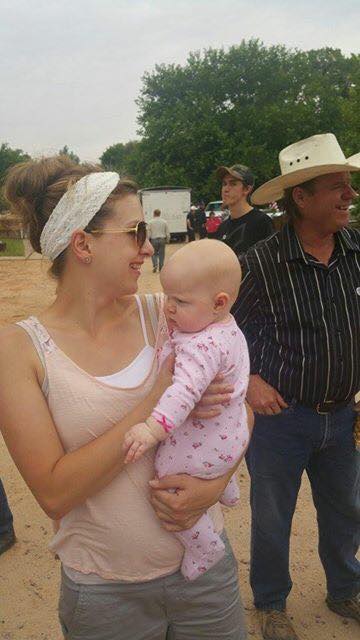 born unless fathered by designated FLDS leaders. It is rumored that FLDS women are impregnated in a secret ordinance where an appointed priesthood holder “plants righteous seed” while her husband stands as witness. Babies born outside of this ordinance are considered children of perdition and their parents are systematically kicked out of the group, losing their home and other children in the process.

The Steed family had been questioning Jeffs’ leadership for months. Worried that they would be separated by one of Warren’s edicts, they decided to defy the rules and have another baby, an act that was seen as apostasy.

“We knew that this was going to get us kicked out, but we would be sent away together. It was the only way we knew we could stay together as a family.”

The Steeds’ story of defiance is just one of thousands of stories of FLDS members who have found their power under increasing oppression. On July 4th, 2015, several thousand Mormon Fundamentalists met together at Cottonwood Park in Colorado City, Arizona to celebrate “Life, Liberty, and the Pursuit of Happiness.”

Although the day traditionally honors America’s Independence, families gathered in the park that had been closed for nearly 13 years to show their own independence from religious dogma. Music and the smell of grilled hamburgers wafted over the town where less than a block away, faithful FLDS boys and men were obediently building a mysterious 9-foot cinderblock wall around the FLDS chapel.

It was a stark contrast–half of the community tearing down metaphorical walls in celebration while the other half built literal walls to avoid them. Just 13 years earlier, both groups would have been happily enjoying the holiday together as family and friends. 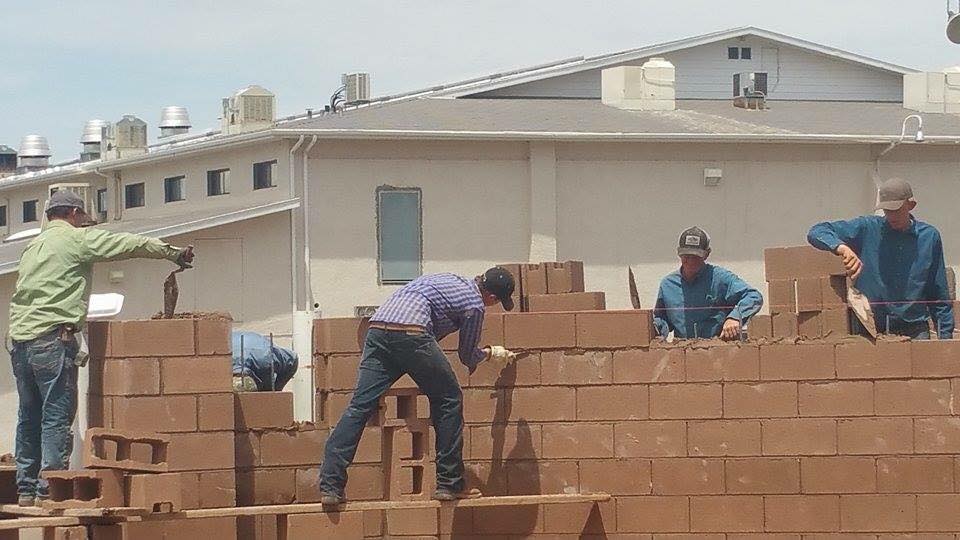 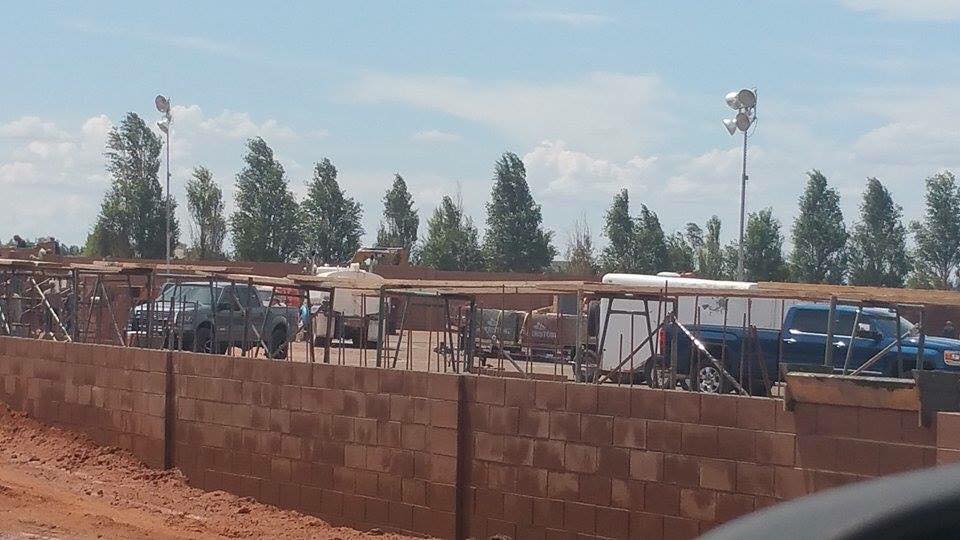 The wall is just one of a growing number of concerns for those who have been following the activities of the FLDS since their prophet Warren Jeffs was incarcerated for child sexual assault.

It is largely believed that Warren Jeffs continues to control the community, dictating “revelations” (instructions) from prison, which are carried out by his brother Lyle Jeffs. Some of these revelations involve new restrictions, including the banning of toys and all play in parks and other recreational areas. Other dictates involve strange building projects, harsh dietary restrictions (beans and rice are currently banned), and rumors of a new FLDS “code” where faithful elite, including children, are taught different meanings to words and behaviors so they will be unable to communicate with outsiders. As a practice, FLDS families are “reassigned” and separated and the majority of residents in Hildale and Colorado City are not living in their original home, with their original parents, spouses, or siblings.

Mothers are increasingly sent away, forced to leave the community for committing “sins” like miscarriage, which is considered murder in the FLDS group. Fathers, too, are being sent away, while children are threatened with being abandoned into the “lone and dreary world,” a world they are told will always rape and kill them. Children whose parents are sent away are mistreated, abused, and punished for fraternizing with their own siblings while under the care of women in the community. Many are prohibited from eating the same food as the faithful, and the majority live in extreme poverty. Women and children do not have access to health care or basic sanitation. Utahns spend a lot of energy and money defending “the family.” Does “the family” include all Utah families?

Why the collective apathy to this crisis? It is easy to condemn oppression from other distant regimes, but harder when the oppression is closer to home. Do our own ghosts of polygamy prevent us from looking in this mirror? The history of Utah is fascinating, and if probed beyond the most superficial level, reveals our connection to and complicity in the situation in Hildale and Colorado City.

The settling of Utah was driven by the practice of polygamy. While the federal government followed Mormon settlers with distrust, Mormon polygamy shaped the American West. The Mormon church officially distanced itself from the practice in 1890, and then again in 1904, but its manifestos did not put a final end to plural marriage, even among its own apostles. The transition from the Mormon polygamous church to the LDS monogamist church has been slow and messy, leaving lingering shame and hostility towards the polygamist history of Utah. Many practicing Latter-day Saints are uncomfortable dealing with polygamy because of this painful history. The LDS church and the State of Utah have tried to ignore an estimated 38-100,000 Mormons who still engage in the practice. 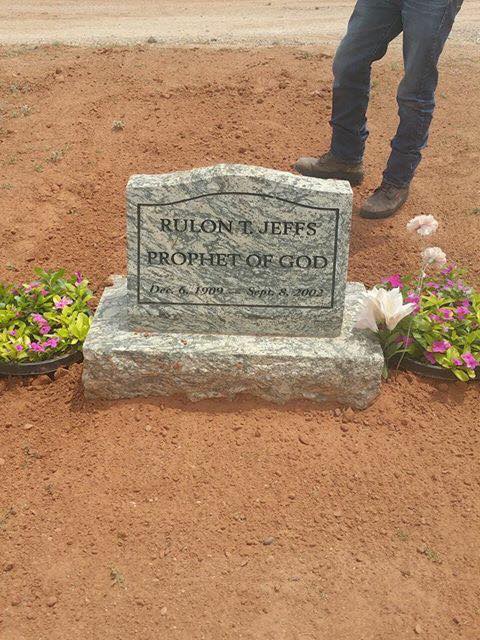 Although Americans wax on about religious freedom, we are unsure about how it interacts with this faith and with this people. The crimes of Warren Jeffs, too, have encouraged the mindset that FLDS are not really people, but strange criminals who should be kept at arm’s length.

Every Utah citizen, every Mormon, needs to wake up to this growing crisis. Our neighbors in Hildale and surrounding areas should not be ignored because their lifestyle is confusing or uncomfortable. The children of Hildale deserve our outrage. The mothers of Hildale deserve our support. The fathers of Hildale deserve our understanding. You can help by educating yourself on the history and the issues, supporting organizations already doing the work, and making a visit to the city to patronize local business, and respectfully interact with Hildale’s citizens to help integrate the town with the modern world.

If you would like to be more involved in helping this situation, click here to read about Year of Polygamy’s latest service project.

Lindsay Hansen-Park is a women’s rights activist, a feminist blogger, and an advocate against gender violence. She co-founded Utah For Congo to raise awareness for post-rape survivors and is currently heavily involved in the Mormon Feminist movement. Lindsay is the Assistant Director for the Sunstone Education Foundation and the founder of the Feminist Mormon Housewives Podcast. She blogs for FeministMormonHousewives.org about women’s issues. Her work has appeared in the New York Times, the Washington Post, NPR, the Los Angeles Times and many other Utah publications. She and her family live in Stansbury Park, Utah where she raises three beautiful kiddos, gardens, and rages against the machine.

All posts by Lindsay Hansen Park