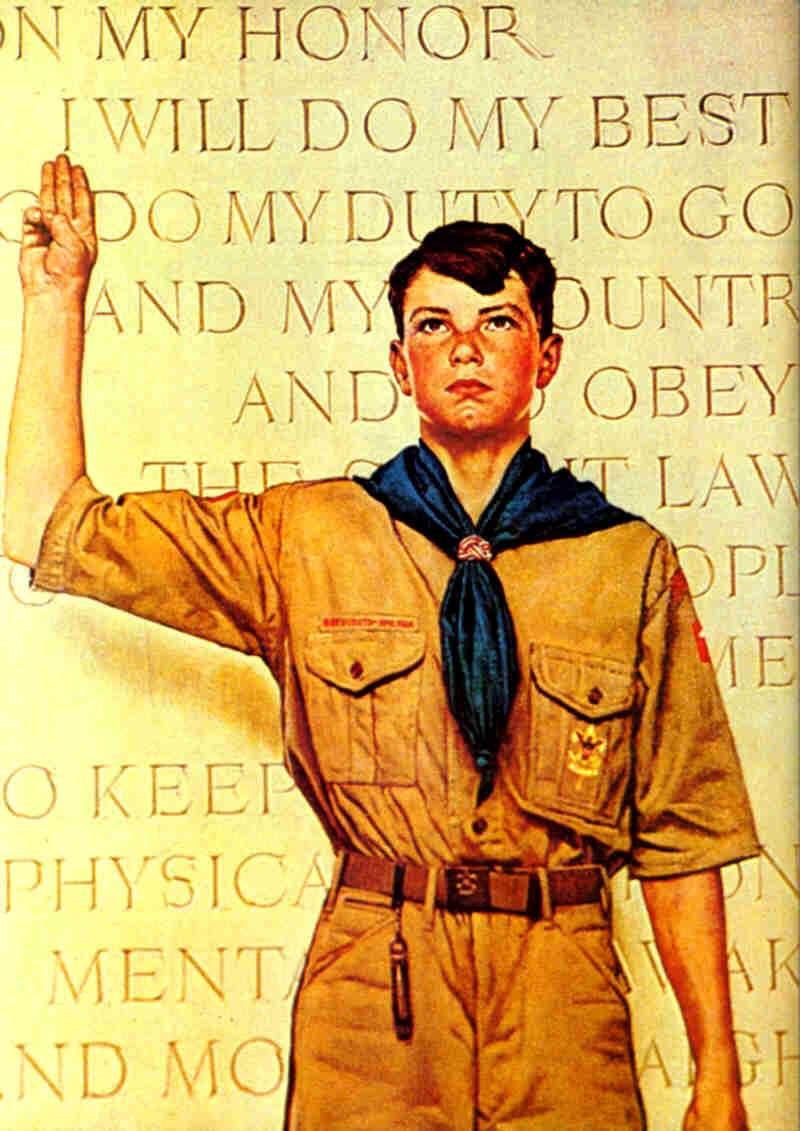 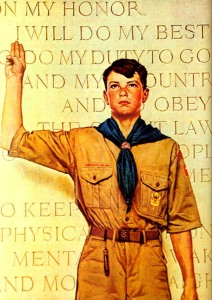 One of the concerns raised when the BSA voted to allow openly gay Scouts to participate in the program was the issue of tent-sharing. I don’t blame any parent or leader for wanting to think thoughtfully about this issue. I do want to point out some realities that will hopefully alleviate concerns and help scout programs to correctly manage how they treat their gay members.

I am assuming that there are 3 key concerns related to letting a gay youth share his tent.

I don’t want to spend too much time on number 3, the comfort issue. I think any reasonable person can agree that if the military can learn to combat the homophobia that leads to discomfort from the mere presence of gay people in their sleeping quarters, then so can the Boy Scouts. In fact, young people more easily adjust and manage their prejudices than adults. We don’t allow separating races due to comfort issues, nor should we separate by orientation.

Also point 1 is so easily refuted it also barely deserves mention, accept for the fact that substantial misinformation and misperceptions about sexual abuse still pervade and impact policies. Simply put: Most sexual perpetrators are heterosexual. Even those that perpetrate against young boys. Gay men no more likely to be sexual perpetrators toward boys than heterosexuals. Every study and statistic back this up. There is way too much sexual abuse perpetrated by teenage males on younger boys, but it is simply not being done by the gay youth. Understanding this reality requires a complex understanding about sexual abuse and perpetrators, and I plan to address this issue more in an essay that will follow later. However, if there is a gay youth who is also an (unknown) perpetrator, he will be much less likely to perpetrate in a troop where he is open about his gay identity than in a troop where he is hiding it, simply because the other boys will be aware that he is gay, and will easily recognize sexual advances that might seem like horseplay coming from a perceived ‘straight’ peer. Young men mimic sexual advances and flirtations with each other on a regular basis as a sort of banter, and obviously gay youth are no exception to this. However, when the gay youth is open about being gay the boundaries are actually more clear, because the issue is on the table that there might be a real sexual attraction that is probably not reciprocated. In fact, having a gay troop member would even help give the boys a more mature attitude about boundaries in male/male friendships that will also likely decrease these troop member’s vulnerability to sexual abuse and compromising situations.

So when it comes down to it, the only (somewhat) realistic concern is that there will be an increase in voluntary sexual behavior due to tent sharing. I will argue that this concern is also misguided.

First of all, it should be pointed out that the change in policy will only have a small impact on the number of gay youth who actually participate in scouting.  What will change dramatically is the number of gay youth who are open about their reality. As I described above, young men who belong to a troop that has an openly gay scout (and young men who have openly gay friends) are going to be more open about the meanings of flirtations and sexual advances between males. The issue will be on the table, and within the friendship these youth will have an advantage in being able to establish boundaries in their male/male friendships. Meanwhile the troops with closeted gay members won’t have that dynamic. The youth will be less aware of the sexual tensions that can emerge, especially if they don’t realize that one or more of their peers is actually (closeted) gay. Furthermore the young gay men who are open will have experience interacting with their straight peers in more honestly and maturely. They will have a better chance of maintaining healthy boundaries, because they will have already started engaging with their straight peers around the issue in a positive way. The closeted gay youth meanwhile, will not have had a chance to do that, and will be more likely to invent or misinterpret playfulness from their peers. A closeted gay 13 year-old wrestling with a 14 year old is more likely to project his feelings and desires onto a straight peer, and assume they reciprocate, because they won’t have participated in a dialogue or interactions that help them define the meaning of healthy boundaries, whereas, an openly gay 13 year old will have had a chance to discuss and understand boundaries.

An interesting and important observation is that as society has become more and more tolerant, and as gay people have been more and more open about their orientation, there has been a remarkable decrease in promiscuity among gay men. Simply put–the closet leads to promiscuity. With no model of discussion of healthy gay relationships, closeted gays see casual sex as their only sexual outlet. Meanwhile, being openly gay in a more tolerant society is more conducive to more stable, committed relationships. Now obviously, young teens are not entering committed relationships, but openly gay young teens are much more likely to be discussing their sexuality with their parents, and are much more likely to adopt their parents values, because they are discussing their futures and their hopes for stable relationships in the future, and are benefitting from positive role models. An openly gay teen has a motivation to pursue abstinence that their closeted peers don’t. Furthermore, the parents of the openly gay teen have a chance to discuss the dangers of sexually transmitted diseases and unsafe sex, and these discussions have been proven to decrease sexual activity among teens. Keeping in mind that the gay kids have been Boy Scouts all along and the only substantial difference now is their ability to be openly gay, these openly gay Scouts are much less likely to engage in sexual activity than their closeted peers. 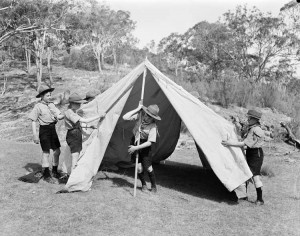 But lets look at national statistics about teen sexual activity. A good study can be reviewed here. It indicates that between 67% of percent of young men who self identify as heterosexual have had heterosexual sex, but only 1.7% of these young men have had homosexual sex. What this shows is that there are very few young straight teens who end up experimenting with same-sex activity. This is interesting in light of the fact that many of them will go on and experiment with homosexual relations in their 20’s. But this research points to the reality that very few young heterosexual men are inclined toward homosexual experimentation. Meanwhile it is no surprise that the young men who identify as homosexual or bisexual are having homosexual experiences before adulthood in numbers that are pretty comparable to their heterosexual peers according to the same study (http://www.dartmouth.edu/~socy/pdfs/patterns_and_correlates.pdf).

So if young straight men are not having gay sex in large numbers, then there really no need for concern about them being seduced by their gay peers. So if a scout troop is concerned about avoiding sexual activity on camping trips, the only situation worth thinking about is whether young gay boys should share tents with each other. In this case, it is obviously a situation that should be managed on a case by case basis. For one thing, it will be much easier to assess the situation if you can identify who the gay boys are. The easiest possible way is know who is gay is to have them tell you. It might seem ridiculous to not allow 2 gay boys to share a tent, but a sensitive leader should be able to take into context factors that might play into whether or not it seems appropriate, such as what type of friendship the boys might have. With an identified gay scout, the scout leaders will be able to involve the boys parents in a discussion about who he should share a tent with.

I would suggest the following guidelines in making these determinations:

1) If two gay (or bisexual) young men are sharing a tent, leaders should assess the appropriateness in the context of those particular boys and involve the parents in the decision.
2) If any boy (straight of gay) is a known sexual predator he should not share a tent with another scout, and normal precautions should be taken to protect the entire troop.
3) There should be no substantial concern of a gay scout sharing a tent with a straight scout, unless there is another concern such as bullying that should be addressed as a separate issue.

Meanwhile by focusing on misguided assumptions that gay people are sexual predators actually increased the vulnerability of all of our youth to sexual abuse, because this distracts from the real causes of sexual assault and abuse. I will address this further in my next installment.

Gay Boy Scouts have been sharing tents with each other and with their straight peers since the beginning of Scouting over a century ago. This policy doesn’t change that.  It is a good policy to try to prevent sexual behaviors in any youth program. Given the factors described above, sexual activity will likely decrease with the new inclusive policy. A thoughtful, realistic approach based on real statistics shows us that we don’t have to take shaming measures that include segregation, but simply minor, case by case assessments that are already part of any leaders duty when deciding to pair off boys. After all, there are a million potential conflicts that can occur with any two boys in close quarters, so each one requires a unique awareness, gay or straight. 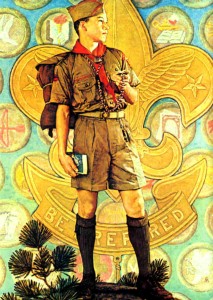 DANIEL PARKINSON was born and raised in Utah to a Mormon family with a thick Mormon Heritage. He comes to this issue as a psychiatrist, with a strong sense of activism, and a desire to help the two communities that he inherited as his birthright: the Mormon community, and the gay community. He administrates the GayMormonStories.org podcast and the NoMoreStrangers.org blog.

All posts by Daniel Parkinson