Shame, Modesty, and the Doctrine of the Body 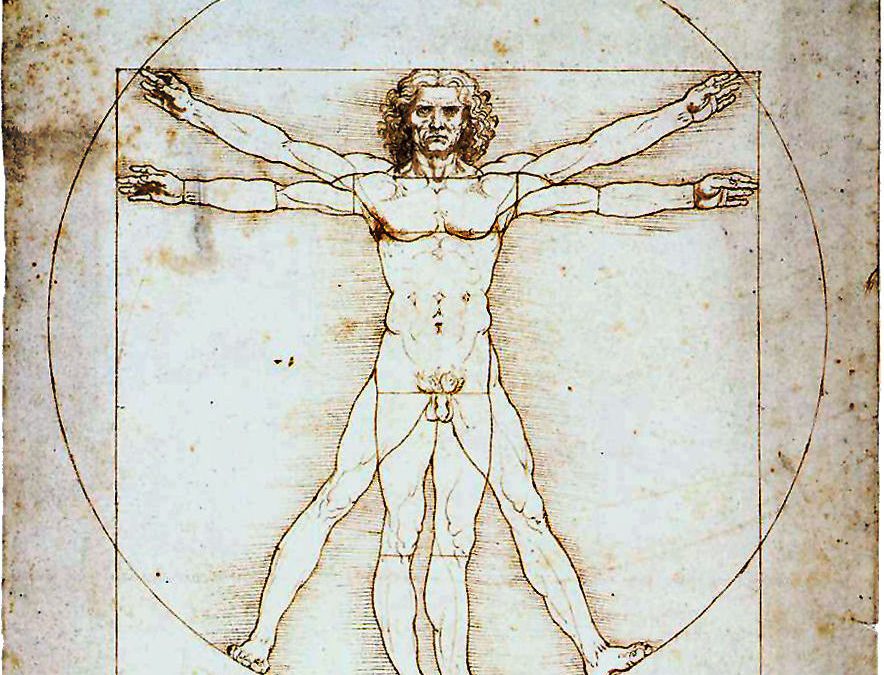 In 1986, Elder Boyd K. Packer taught a significant truth about the power of doctrine.

Unfortunately, when we discuss topics related to modesty, we too often begin with a focus on behavior – what not to wear, what not to look at – rather than beginning with the fundamental doctrines related to the human body.

The LDS Doctrine of the Body

The teachings of The Church of Jesus Christ of Latter-day Saints include a unique view of the body. This begins with an understanding of God as literally our Heavenly Father with a perfect, physical, gendered body. We recognize the existence of a Heavenly Mother, also with a perfect, physical, gendered body. This idea of divine, embodied, gendered parents runs counter to common historical Christian notions of the body as inherently filthy, base, and temporary. Instead, Latter-day Saints look forward to an embodied afterlife in which we will have perfected versions of the body we now have.

Physical bodies and procreation are each central to the purpose of life on earth, not necessary evils for bringing more of God’s children into the world. The physical body is one half of a human soul, without which God’s children cannot have a fullness of joy (see D&C 93:33 and 138:16-17). Since both marriage relationships and physical bodies are intended to be eternal, it is reasonable to expect that physical intimacy may also continue as a natural part of our relationships in the life to come. All of these LDS beliefs indicate that sexuality itself is not sinful, though God has given us laws and standards related to it.

When God created our first mortal parents, they lived in the Garden of Eden together as husband and wife in a state between the premortal existence and the mortality to come. Adam and Eve had physical bodies that were neither mortal nor permanently immortal. They understood two commandments from God – the positive command to have children and the negative command to avoid the fruit of the tree of the knowledge of good and evil – but found themselves unable to fulfill the first commandment without breaking the second.

In the Garden, Eve and Adam were both naked and “not ashamed” (Moses 3:25). They had no reason to be. Their bodies were glorious creations that made them more like their Heavenly Father. They were in a loving relationship, sealed by God.

After they made the choice to enter full mortality by eating the forbidden fruit, their attitude toward their nakedness changed. In the language of Moses, “they knew that they had been naked” and hurried to hide that nakedness (Moses 4:13). They became ashamed of the bodies God had created for them.

Why were they ashamed? They were ashamed because Satan taught them that their bodies were something to be ashamed of, something that needed to be hidden. At the root of this shame is the idea that our bodies are mere objects, separate from spirits.

Like Adam and Eve, we can easily develop a sense of shame, a feeling that our bodies are unholy, base, even dangerous. Acceptance of Satan’s idea can be terribly harmful to our spiritual health.

Because Satan offers a counterfeit modestly based on a sinless shame, we need to be sure that the way we care for and cover our bodies is motivated by positive feelings of self-worth, not by worldly pressures. Acting from spiritual motivations is the way to avoid the physical, spiritual, and emotional wounds that come from adopting worldly standards of judgment.

In the Sermon on the Mount, the Savior warned about worldly judgment. The Joseph Smith Translation suggests that the Lord’s counsel in Matthew 7:1 was to “judge not unrighteously, that ye be not judged; but judge righteous judgment.” In addition to being merciful toward others regarding their sins, we should be aware of different types of judgment and avoid the unrighteous judgments that are taught by the world.

One of those unrighteous, worldly ways of judging is to value others based on their physical features. Though we may recognize on a conscious level that this is wrong, it is so much a part of our culture that it has become second nature to us. Advertizing is full of both examples and instructions on how to judge people by their height, weight, shape, skin, clothing, and fashion.

In a world full of these messages, learning to avoid objectifying others is no simple task. But the Lord’s standard is clear. As he declared to Samuel,

“Look not on his countenance, or on the height of his stature; because I have refused him: for the Lord seeth not as man seeth; for man looketh on the outward appearance, but the Lord looketh on the heart.” (1 Samuel 16:7)

The Lord taught Samuel not to judge these young men as objects: that power or position should not be granted on the basis of size, strength, or physical attractiveness. Instead, we must learn to look at people as people, as bodies and spirits forming a whole soul. Only when we see others as souls will we be ready to judge righteous judgment.

How the Savior Looked

We are not the first generation to face these challenges. While advances in technology, shifting cultural standards, and an explosion of media and advertising may have increased the challenge, no generation has been able entirely to escape the pull of Satan’s shame-filled suggestion in the Garden of Eden. Perhaps this is part of the reason the Savior came to earth not only in a lowly manger but also in an unattractive physical form. As Isaiah prophesied of the Savior’s mortal life:

“For he shall grow up before him as a tender plant, and as a root out of a dry ground: he hath no form nor comeliness; and when we shall see him, there is no beauty that we should desire him.” (Isaiah 53:2)

Getting Caught Up In Satan’s Message

While serving my mission I knew a loving couple who were expecting their first child, a daughter. The expectant father shared with me an experience he had in sacrament meeting while singing “O God, the Eternal Father” (Hymns #175). The third verse caught his attention.

When Jesus, the Anointed,
Descended from above
And gave himself a ransom
To win our souls with love –
With no apparent beauty,
That man should him desire –
He was the promised Savior,
To purify with fire.

His thoughts immediately turned to his hopes for his daughter. He realized with some chagrin that one of his hopes was that she would be beautiful. But this hymn about the Savior, referencing Isaiah’s prophecy, prompted him to rethink his priorities. With his daughter not yet born, he wondered, was he already falling into a trap of worldly judgments? When she was born, how might his unthinking judgments shape her own self-image? He vowed to begin excluding ‘beauty’ and other physical attributes from his prayers, hopes, and aspirations for her.

Their daughter would now be 16 years old. I don’t know what she looks like. But I do know she has already spent her life being bombarded by messages in the world and at Church that link her personal worth to her outward appearance. Too many of our lessons on modesty have joined with the worldly messages in teaching the basic idea that our outward appearance dictates our inner value.

A Call to Act

We must eliminate worldly, objectifying standards from our thinking. Shame is only one result of such unrighteous judgment, which also includes lust, sexism, racism, shaming, and sexual violence. Counteracting this kind of thinking in our own minds, families, communities, and congregations will take conscious effort. But we can accomplish this if we focus on the fundamental doctrines of the body.

“All human beings – male and female – are created in the image of God.” Our bodies are part of an eternal soul with divine agency and potential. Christ bought our bodies with the price of the Atonement, ensuring their resurrection in immortality. All bodies are thus infinitely valuable beyond mortal comparative judgment. When we learn to think of bodies in those terms we will find that our behavior – toward ourselves and others – naturally comes into conformity with God’s standards for our lives. A personal testimony of the doctrine of the body will be more powerful than any list of standards in changing our hearts and behavior for the good.