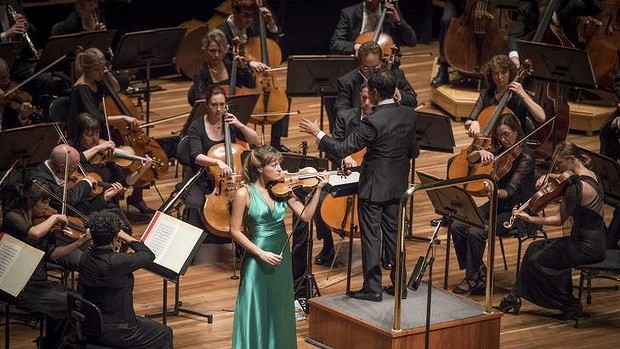 There is a young woman in my ward who has been suspended. She has been suspended for a few weeks, for nothing more than texting a few boys some flirty texts. How do I know this? I am part of the my wards Young Women’s presidency, the same one the bishop told her to explain why she was having privileges taken away. I have seen as the invisible muzzle placed on her has impacted my immediate world- she cannot answer questions, sing hymns, or participate in programs with us. She is a forced mute in my class, 16 years old, and silent.

Her father is my bishop. While I have discussed with him the harshness of this punishment, and have talked (at length) to my Young Women’s president, I realize that my hands are tied. I have no real power in this situation. I love her and I have told her I do not agree. I have told her father-my bishop- that I am not okay with this.

In mentioning my fury about this to my mother, she asked “Do you think this would be different if you had the priesthood?” and with a knee jerk reaction, I heard “No” out loud, from myself. My mother was taken aback, but this external expression changed something. I felt the word like a stone, and sunk deep in the ocean of my loneliness. I have sat with this question and felt as it burnt holes into me- why, really, is it a no?

The thing is, outside of the U.S. there is no real power for members of the church. My area presidency is composed of 2/3’s American men and all three are white men. We can talk about inequality that women face all day long, but those women are always American women with a sprinkling of a few approved outsiders to this norm. Mexicans don’t even have institutional power in their own areas and the Progressive Mormon circles are no better. They are plagued by the same disease they accuse the church of having- narrow mindedness. A bubble. Thinking inside of their comfort zone.

The call to women and the priesthood has always asked for the help of women like me without doing very little to actually consider our struggle. If women were to get the priesthood, what would that mean? For people like me, hardly anything. Our area presidency is composed of Americans. The body of leadership in the church is composed of White, American dudes.

ProgMo circles benefit from the diversification voices like mine bring to the table but at the end of the day, it is akin to having the argument of voting for Hillary or Bernie because “Any Democrat is better than a Republican!”- Sure, if you’re white, and American I am sure it makes a difference. Otherwise it is the same old thing to the rest of us.

I realize I am very privileged in being able to express this opinion because in a lot of these circles, I am accepted. But I am under no illusion that is it because I am Mexican, or because I am a mujerista. I know I am accepted because I am easily digested- because my English is without accent, because I get that pop culture, because so many people see themselves reflected in me. It is a sad realization, but it is true and I’d hope we are at a point where you can stop giving yourself brownie points for including a few non-American, non-white folks on your list to make you feel better about yourself at night. We can all spout off the 3 or 4 that you are thinking of. It does not make you progressive. It makes you .2 degrees left of Boyd K. Packer.

The ProgMo Mormon world is so Americanized, so white centered, so concerned with small pockets of the U.S., and here I am seeing a slow change happening in my own corner of the world. This last week I spoke with a childhood friend who lives a stone’s throw away from me, and in the course of our 3 hour conversation, he told me how he didn’t really believe in the church anymore. It was a shift of tectonic proportions.

Obviously, so many of us can relate to these feelings of struggle- once you stare into that void that makes up the distance between the Christ we feel and the Christ that is commodified for our consumption, you are changed.

But the ProgMo movements in all their glory- things like Feminist Mormon Housewives, and Ordain Women, Young Mormon Feminists and Mormon Stories are more of the same. Even FEMWOC, the organized movement of Mormon women of color is modeled almost identically like white ProgMo movements and seems at times, more like a response and it frustrates me to no end because these women- these brilliant as all get out, smart, strong women, end up being echoes. They are all American, with a smattering of outside voices (again, the same 4 people).

It’s such a shame, especially when considering the richness of thought that exists here and in all these other places outside the U.S. My childhood friend is not the only one slowly coming into a faith crisis.

I realize the irony of writing this in a blog that is fairly popular in the ProgMo community, one that shares a lot of traits with these spaces. To you this may be bridge burning, but you are missing the point. This isn’t taking where you stand into context- this is taking account of the fact that I can stand on my own, and after begging you so much to look at me, it is me telling you that I have realized that I just really want to celebrate the majority of the membership with ties to more than one land, and more than one definition of melanin.

I don’t plan to support you. I will come visit once in a while, I will participate in a thing or two, but please don’t ask me to come and participate in your rallies, in your letter writing, in your you-centered business. I am done being your footnote. I have an opus that your 15 second concession of a solo cannot accommodate.

You might want to know what the answer is, but you’ll forget this soon enough. You can’t benefit from me or count me as an asset if I don’t stick to you, right? Maybe at some point we can join forces. But for now, I will leave you with one of my favorite parts of that three hour conversation:

His voice was almost cautious, and deliberate in picking his words. “Azul, you know, I don’t want to argue about whether the Lord is calling white apostles. But if that is what the Lord is calling, and if I ask about that- why is it me questioning God? The church only cares about issues once they happen in the United States. How long has gay marriage been legal here? Over a decade at least. And I know it has been the same in other countries. But the Mormon God only seems to focus in the U.S., at least if I believe the apostles are speaking for him. That makes me a second class Mormon. I don’t want to be a second class Mormon. I don’t think God sees me that way.”

I am unorthodox in the way I am joined to the body of Christ.
I don’t want to be a second class progressive Mormon.