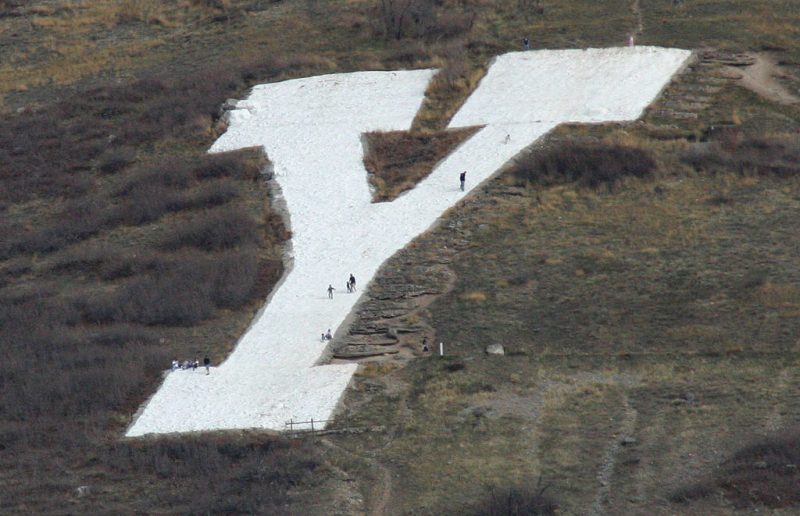 According to a story in the Salt Lake Tribune on August 8th,

“Brigham Young University’s intolerance of homosexual behavior should keep the private school out of the Big 12, a group of national LGBT advocacy groups says in a letter addressed to Big 12 commissioner Bob Bowlsby.”

This story comes at a time when Utah and the nation are in the process of wrestling with the meaning of religious freedom. Elder Ronald A. Rasband, speaking to BYU students in September of last year said,

“I suspect that for some of you the phrase “religious freedom” feels more like “freedom to discriminate” … We believe in creating a space for everyone to live their conscience without infringing on the rights and safety of others. When the rights of one group collide against the rights of another, we must follow the principle of being as fair and sensitive to as many people as possible. The Church believes in and teaches “fairness for all.”

DeShanne Stokes, writing in the Huffington Post on August 3rd, sees things quite differently: “religious freedom is not under siege. It never has been. Such debates are designed only to distract us, to redirect the flow and content of social discourse on terms favorable to the privileged. “

So where do the concepts of religious freedom and fairness for all come into play with this question, and is there a role for a community of common interest to play?

Let’s start with a basic understanding that in this country a person who has reached the age of legal majority has a right to have consensual sexual relations with another person of requisite age. Those individuals have the right to make that choice free of government interference. That’s about as elemental a part of “life, liberty and the pursuit of happiness” as I can imagine. Any given religious group may have views about the appropriateness of the act based on their understanding of God’s commandments, and are free to preach such to their adherents.

I assume we can also agree that an individual also has autonomy to make a decision to voluntarily forego that right, even if only for a specific period of time.

BYU students sign an Honor Code which includes a commitment to “live a chaste and virtuous life,” which is specifically interpreted by the University with regard to LGBTQ students: “Brigham Young University will respond to homosexual behavior rather than to feelings or attraction and welcomes as full members of the university community all whose behavior meets university standards. One’s stated same-gender attraction is not an Honor Code issue. However, the Honor Code requires all members of the university community to manifest a strict commitment to the law of chastity.”

This Big 12 letter brings up questions of “rights” in at least three directions: first, do the proprietors of a private university have the right to set behavioral standards that students seeking admission will be required to follow; second, does an individual student have the right to sign away personal freedoms as part of an Honor Code; and third, do outside groups have the right to seek to deny association by organizations of whose standards they disapprove with other professional groups? I think the answer to all three is “yes”.

So where does that leave us? The real point is to distinguish between what a person or group “can” do and what they “should” do.

Yes, the university can set its own behavioral standards, and stick to them. Additionally, though, what they should do is to be more vigorous and determined in their efforts to welcome as full and valued members of the university my LGBTQ brothers and sisters. There is ample opportunity to improve the current situation, to make a daily reality of the words contained in the explanation of the Honor Code.

Yes, an individual student can make a commitment to waive personal freedoms. Additionally, though, what they should do is to keep the commitments they have made. But can we honestly acknowledge that during the course of a four-year college career, an individual’s experience with what it means to be gay, lesbian, bisexual, transgender or queer in identity and/or gender can evolve? And that a student who had willingly signed the Honor Code could come to decide that the right course for them, for example, would be to date someone of the same gender, and yet their opportunity to act with integrity could be limited by their ability, financial and otherwise, to transfer to another university with different standards of behavior for LGBTQ students?

Yes, an outside group can work to deny professional association of the university whose standards they dislike, and they can try to bring negative publicity to the school in an effort to change policy. What they should do is care more about the individual students than about generating headlines. If the students who want to leave the university and its honor code are assisted to do so, the students who remain presumably continue to desire to conform to that code and the outside group does not represent their desires.

I would hope the energy spent on press releases and boycotts could instead be turned to enabling individuals whose understanding of their lives and objectives have changed so that these persons can find access to the assistance and resources to change their circumstances.

Does it really matter who plays football with whom? If we hope to preserve a right or freedom for ourselves, we need to defend that right for others. Can we make the focus of our caring be the lives of individual young adults who are grappling with some of the most complex life decisions they will be called on to make, saving lives rather than scoring publicity points?

Tom Christofferson lives in Salt Lake City and describes himself as a happy gay Mormon.

All posts by Tom Christofferson