Scientific Evidence for the Atonement 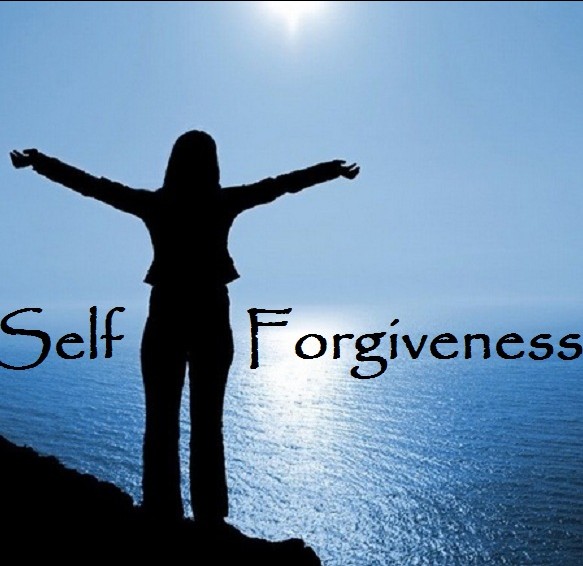 I’ve wrestled with many questions about the Atonement: “Does the Atonement work?” “Is it real?” “Can it work for me?” Obviously I cannot prove (or disprove) that the Atonement works in any kind of eternal or “cosmic” way. However, there is an area of research in psychology about “self-forgiveness.”  There are different definitions of self-forgiveness proposed by psychologists in the literature, but I think it’s easier for our purposes to use a self-evident definition and move on. There has been research about how God, or a higher power, affects our ability to forgive ourselves. Can this be used to “prove” if the Atonement works? Or at least show, statistically, if the Atonement can ease our guilt and allow us to move on with our lives?

A study by Cafaro and Exline in 2003 asked people to think of an incident where they offended God and found that self-forgiveness was correlated with believing that God had forgiven them. That seems like common sense. The Atonement looks pretty good from this standpoint.

However, it can get more complicated. Hall and Fincham in 2008 published research about self-forgiveness where one of the studied aspects was whether the individual had asked a higher power for forgiveness. They found a decrease in self-forgiveness among people that reported appealing to a higher power as part of the self-forgiveness process. They propose, citing the research of Leach and Lark, that this may be because the individuals believe in a punitive or vengeful God rather than a forgiving God. Therefore, our beliefs about God may dictate whether or not the Atonement can work in our lives.

The Miracle of Forgiveness

How does Mormonism do when it comes to beliefs about God’s forgiveness? Well, as you might imagine after almost 200 years of Mormonism, it is a bit mixed. A very popular book about forgiveness written by Spencer W. Kimball, The Miracle of Forgiveness, has been read by many Mormons and Mormon leaders. It was once on the approved Missionary reading list.

This connection between effort and the repentance which attracts the Lord’s forgiveness is often not understood. In my childhood, Sunday School lessons were given to us on the 8th chapter of John wherein we learned of the woman thrown at the feet of the Redeemer for judgment. My sweet Sunday School teacher lauded the Lord for having forgiven the woman. She did not understand the impossibility of such an act. In my years since then I have repeatedly heard people praise the Lord for his mercy in having forgiven the adulteress. This example has been used numerous times to show how easily one can be forgiven for gross sin.

But did the Lord forgive the woman? Could he forgive her? There seems to be no evidence of forgiveness. His command to her was, “Go, and sin no more.” He was directing the sinful woman to go her way, abandon her evil life, commit no more sin, transform her life. He was saying, Go, woman, and start your repentance; and he was indicaing to her the beginning step-to abandon her transgressions.

President (then Elder) Kimball seems to be worried that people will think repentance is too easy. One must think that repentance is really, really hard. It is not a quick process. It is lengthy and time consuming and requires lots of effort. As the research indicates above, teaching that repentance is difficult may be damaging to the self-forgiveness process.

President Kimball spends a good portion of his book talking about guilt. In the book he seems to recommend to church leaders that the first step of the counseling process is to ensure that the individual has enough guilt before continuing with repentance. Here are a few quotes:

“When we have become aware of the gravity of our sin, we can condition our minds to follow such processes as will rid us of the effects of the sin.”

“To be sorry for sin one must know something of its serious implications, and to learn this too we have the scriptures, the Church leaders, and teachings of parents. ”

“I had a young couple come to me with a problem. In the interview I said to them: ‘Yes, it is wrong for two members to marry out of the temple. But the thing which you did which prohibited you from going into the temple was infinitely worse.’

And the very fact that they still expected and insisted on an early entrance into the temple was an indication that they had not yet come to a realization of the seriousness of their sin.”

There are some positive messages about guilt and repentance, however. Elder D. Chad Richardson, Seventy, said the following:

Sorrow always follows the recognition of sin. The destructive form of this sorrow, which often manifests itself as self-condemnation, is related to what the Apostle Paul called “sorrow of the world,” which “worketh death.” In contrast, he described a positive form of sorrow, “godly sorrow,” which “worketh repentance to salvation” (2 Corinthians 7:10). A main difference between these two forms of sorrow is their source. Worldly sorrow is promoted by Satan. It is the sorrow of being caught, of not being able to continue sinning, or of turning against oneself with self-loathing or disdain.

Godly sorrow, on the other hand, is sorrow given as a gift from God to those who are willing to receive it. Godly sorrow leads us to a full recognition of the magnitude of our sins but with the knowledge that we can become free of them. It leads us to fully recognize the wrongs we have committed without giving in to the temptation to see ourselves as worthless or beyond God’s love.

Satan tempts others to judge themselves harshly and to believe they don’t deserve to be forgiven, even when the Lord is willing to forgive them. Such individuals continue to dwell on their transgressions and mistakes, remembering the details and thus increasing the danger of repeating them. People trapped in this cycle of sin, self-condemnation, and further sin, tend to become discouraged. Satan also uses discouragement to create addictions. A discouraged individual will be tempted to stop trying or to seek solace in more sin. In contrast, the Savior beckons us forward with the promise that we can become free from the chains of sin as we fully repent and forgive ourselves.

Even with positive teachings, however, practices can still lead to feelings of inappropriate guilt, shame, or hopelessness. For example, when one receives formal Church discipline, the opportunity to pray publicly and to partake of the sacrament is taken away. I experienced this as a teen when I was put on informal probation and my bishop said that I would not be allowed to pray or take the sacrament. There were many times when I was asked to pray or pass the sacrament and I had to answer no. Most of the time people realized it was because of a church discipline issue. It was extremely embarrassing for me. I felt shame and hopelessness. Other times people didn’t understand and accused me of laziness, such as a time when the Teacher’s quorum President became very frustrated with my refusal to help with Sacrament until a leader asked him to stop. The sacrament was a public display of my lack of worthiness. Either you try and sit in the back by yourself, or everyone in your row sees you pass the tray.

Our ability to utilize the Atonement seems heavily based on our beliefs about the Atonement. There are both positive and negative teachings and practices the Church uses in the Atonement process. To help people repent, we should phase out negative aspects and move towards positive ways of helping people forgive themselves.

Tangey, J.P. (1990). Assessing individual differences in proneness to shame and guilt: Development of the self-conscious Affect and Attribution Inventory. Journal of Personalty and Social Psychology, 59, 102-111.