So you say you want a Revolution 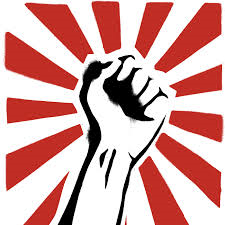 “ We have learned by sad experience that it is the nature and disposition of almost all men, as soon as they get a little authority, as they suppose, they will immediately begin to exercise unrighteous dominion.”

Few things in life distort the relationship of communities and society more than power and politics. The American revolution and the revolution in France introduced democracy to both America and Europe in roughly the same time period. The French revolution ended up much more violent and tumultuous than the former, described by Charles Dickens as “the best of times” and “the worst of times” simultaneously. The French revolution was an extremely violent and intolerant uprising. It led to mass beheading and guillotining of the aristocracy. It led to the rise of the first of the modern despots in Napoleon, who enthralled the recently empowered majority, was voted into power which he refused to release and unleashed war upon the rest of Europe, as the revolution ran off its rails.

America on the other hand, was more peaceful. They maintained their democracy and developed a burgeoning middle class. They became the rising power of the 19th century. Alexis de Toqueville carefully examined the difference between the two in his book Democracy in America. He reached the conclusion that in France, the revolution in its anger and retribution created a new “tyranny of the majority.” Their rule was every bit as despotic and oppressive as any tyrant to those in the minority who did not stand with them. Terror and the guillotine reigned. These new democrats so opposed the old order that they violently opposed every auspice of what they stood for. Among other things, this led to a violent disdain for religion, as the Catholic church had been key to power in France. Indeed, disdain for religion distinguishes France to this day.

America, on the other hand, maintained a robust religious life without sacrificing religious liberty through a separation of church and state, removing formal church hierarchy from political power, but allowing, even encouraging religious practice freely among all citizens. At the same time, which religion and practice became a matter of conscience. It seems America found a way to protect the minority from majority rule through its respect for the individual. This inspired many Frenchmen. Like minded thinker Edouard Rene de Laboulaye actually comissioned the Statue of Liberty as a gift to the Nation he saw as the one that would bring democracy to the world.

Certainly it was not perfect. Tyranny remained the rule for African slaves and Native Americans. However, this culture is what eventually enabled the overthrow of slavery, and further down the line, the civil rights movement. In essence, a dedication to individual rights and freedoms and the lack of an entrenched aristocracy allowing movement up the socioeconomic ladder to an unprecedented degree allowed a republic representative democracy to flourish in America. De Toqueville did warn of the ever present threat of a “soft despotism” as democracy could be subtly subverted by an elite group with amassed wealth and power. The story is not all roses and rainbows for the USA.

There is a natural tension in any democracy between the minority and majority. The USA is no different. This is in part why in this land of religious freedom, we Mormons were expelled from their home and driven from this country to the Rocky Mountains. This is why the civil rights movement was necessary. This is in large part responsible for movements such as political correctness and feminism. Those who sit in the position of power, have the tendency to abuse that power.  As the prophet Joseph said it was the nature and disposition of almost all men.

It is an unpleasant realization to sit in the seat of privilege and realize that things aren’t quite the same for others living in the same country where equality is an ideal. Feminism, Civil Rights, the Anti-defamation league, and all similar movements draw power from this shared ideal. The fact that we have not achieved equality causes guilt. This guilt is the key to the power of the disenfranchised. Their power and political influence rise from it.

I wonder sometimes if this power is not just as prone to abuse. When your power comes from the inequities, how do you accept victory. To do so is to lay down your power. I wonder if it is possible to wield guilt like a club until you create a soft tyranny of the minority. I think these feelings are responsible for the backlash political correctness has received. I think these revolutions and movements, just as the French, are always in danger of running off the rails. These wise words were shared by Maya Angelou in her book I Know Why the Caged Bird Sings, “The sadness of the women’s movement is that they don’t allow the necessity of love. See, I don’t personally trust any revolution where love is not allowed.”

Here’s hoping that the women’s movement in Mormonism can find that love.

I think the point stands for all political movements. I am with Ms. Angelou. I don’t trust any revolution where love is not allowed. My problem with power and politics in general is that it always seems to lead to manipulation or oppression of the opposition. In its most simplistic and vulgar form it is bullying, violence and war. I think the more subtle forms remain damaging and corrosive to the soul as well.

The story of the end of Apartheid in South Africa is very instructive here.  This is one of, if not THE most remarkable story of current events in my lifetime.  More than black history, this was human history.  As part of Apartheid, the State sanctioned terror against nonwhites within its borders.   Mass human displacement, murder, and torture accompanied a systematic denial of civil rights are all now well documented and catalogued.  In that culture of hatred, other groups, most notably the African National Congress (ANC) fought against them with violence of their own.  One of the ANCs members was one Nelson Mandela, after originally trying nonviolent protest, engaged in a campaign of sabotage and developed a military wing for future use.  As a result, he was thrown in prison for life and served the sentence for 27 years before he was freed in the face of international outcry.  He writes of receiving his freedom-

“As I walked out the door toward the gate that would lead to my freedom, I knew if I didn’t leave my bitterness and hatred behind, I’d still be in prison.” 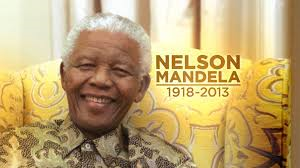 In a stunning moment in 1990s, Nelson Mandela was elected president of South Africa.  The ANC wanted Nuremberg style public criminal trials to punish the regime, while the outgoing party wanted amnesty.  At this time the threat of descent into violence and chaos was very real.  Many African nations before them threw off the colonial powers only to fall into violence until warlords grabbed power.  This too, could have been South Africa’s fate.  The possibility of blood revenge and civil war was very real.  In this environment, the Truth and Reconciliation Commission was formed as a compromise. The basic idea of the commission was this: Any individual, whatever he or she had done, was eligible for amnesty if they would fully disclose and confess their crimes. Victims were invited to tell their stories and witness confessions.

Nelson Mandela wrote of the philosophy behind all this-

The stories that emerged from these confrontations are startlingly powerful and beyond my ability to accurately describe.  I invite everyone to take a listen to this podcast, which really brought the story alive to me in a way that moved me to tears. I am still in awe of the hearts of those who found to forgive the very worst atrocities imaginable. This is why Nelson Mandela when he passed away last year was revered around the world as the towering giant of a figure.  This is revolution done right. This is what politics can be, even in the worst of situations, when girded about with love.

I think this applies within the church as well.  There are many who experience pain when they learn of mistakes, sometimes big ones, made by church leaders of the past and present.  It is so easy to write these fellow saints off when they express their frustrations.  It is so easy to declare them as deceived by the devil so any complaint they have can safely be ignored and they removed from righteous society.  It is so easy as one suffering from the sense of betrayal this brings to become consumed by anger and frustration themselves.  It is so easy in this situation to angrily demand change from whatever it is that seems not right.  I am sorry but in my experience this is not how it works.  I am backed up by D & C 121, which I consider one of the most profound scriptures of the entire restoration-  It is only by persuasion, by long suffering, by gentleness and meekness and by love unfeigned.  By kindness, by pure knowledge which shall enlarge the soul without hypocrisy and without guile– that any power or influence can be maintained.  This is as true for those who seek to influence the Church for the better as it is of those who seek to lead it, or to those who desire to bring back those who are suffering in the trial of faith.

We need to better understand one another. To survive as a society we need empathy, for the majority, the minority, for whichever group we are not. We need better communication and less rhetoric. We need a committment to listen to one another and work out differences peaceably. We need to forgive our opponents of the wrongs that have hurt us. More than anything what we need is love.