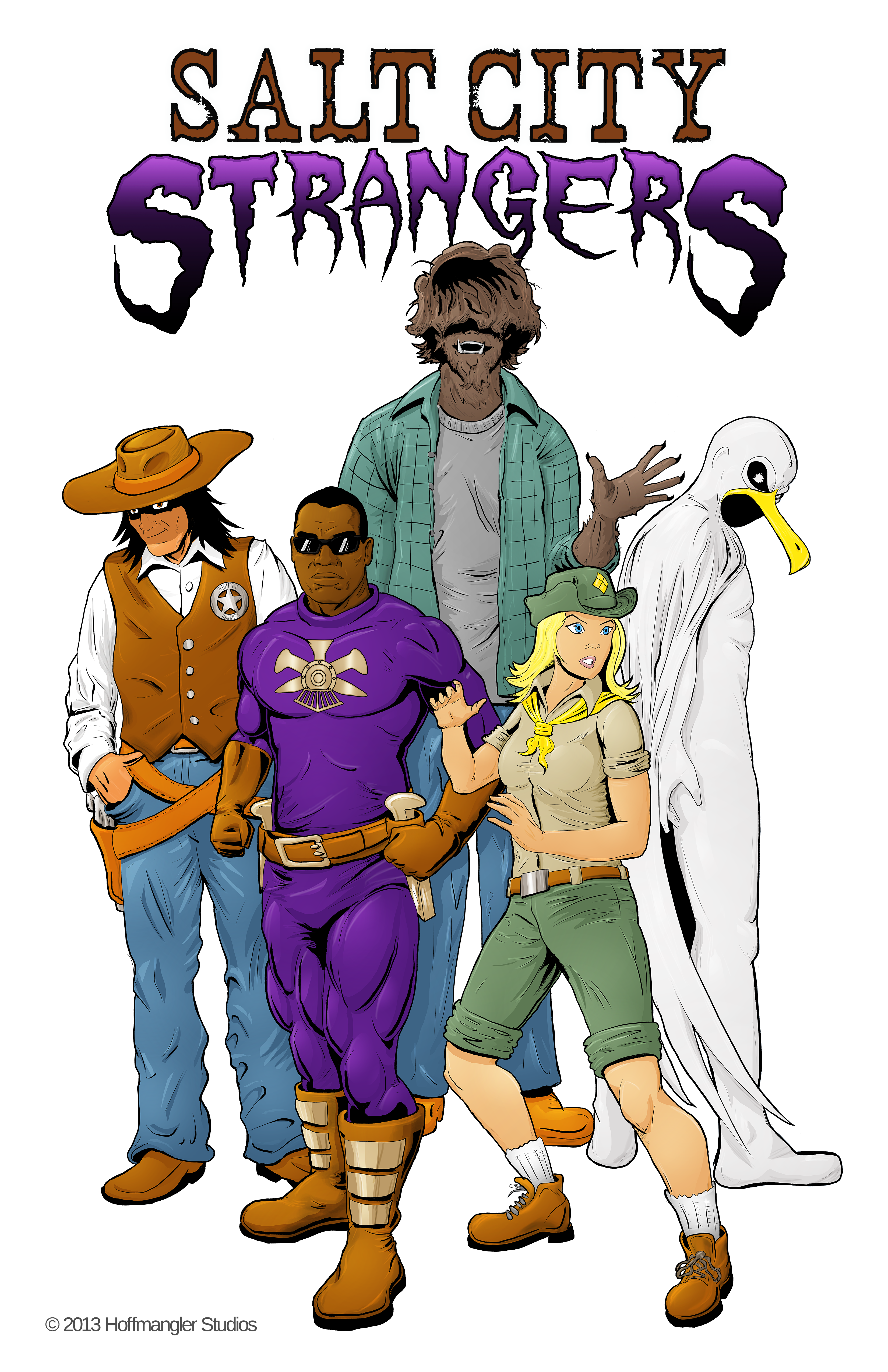 Nothing in storytelling resonates with an audience more than having a character they can relate to. When an emotional connection to the narrative exists between the story and the audience, magic happens. Having relatable characters can elevate a story from a simple tale to legendary status. The great classics have characters that are relatable to a wide group of people. If they hold up over time it’s because the characters are timeless. That means the struggles or the personality or the life situation they’re in is also timeless.

Comic books have told stories of all kinds of genres and at all levels of maturity. The great ones have characters that everyone loves. If you asked most people who Spider-Man was, even if they hadn’t picked up a comic once in their life they’d have a general idea of whom the character is. He’s the underdog who, when given a great ability, decides to selfishly use it for personal gain. After all, he is an outcast. Why wouldn’t someone want to overcome the place society has put them in? That’s not all to the character though. He also practices great responsibility despite having that ability because his selfish use of his powers resulted indirectly in the death of his Uncle. He does his best to help people in need even though life gets him down. He never gets direct credit for the good works he accomplishes but he does them anyway because they are right and they are just.

The Morality of Spider-Man is instantly relatable to and all of humanity wants to believe in the victory of good over evil – right over wrong. The question to the end of resonating with an audience member then is when does that relatablity end and the character, though great, not reach that emotional bond with the audience member? Is it when Spider-man is no longer a teenager and is instead a 30 something adult with adult responsibilities? Did the character that children of the 70’s and 80’s grow up with continue to be relatable but lose the instant emotional bond with children of today? The evidence of that being true is the rebooting of the Spider-Man character in the alternate “Ultimate” Marvel universe. Marvel is no company of fools. Even though they are a company full of hungry creators that want to tell stories of the adult Peter Parker, they are also a company that wants to have Spidey fans from the latest generation of youngsters.

Being LDS then is an interesting proposition for storytellers in the comics medium. Does having a character who is LDS create that ultimate emotional bond for their audience members and create legendary characters in the LDS community? Does having an LDS character even matter?

The history of LDS characters and comic books is a fairly short one. Neil Gaiman’s character from SandMan, Death, is a pan-denominational Mormon. Mike Allred’s character Madman is also largely interpreted as LDS. Most readers assume the membership of characters based on their creator and Allred is LDS. Those characters are the heavy hitters with a rather large fan base. Outside of major characters created by Gaiman and Allred, the list of is Mormon characters in the medium is small with most of them being C tier at best. To that, one could assume that the large fan base for Gaiman’s Death and Allred’s Madman is largely made up of readers who are not LDS. That assumption is based solely on the overall religious beliefs of comic book readers and the fact that Mormon comic book readers are represented about equal to their representation in the overall population.

If that assumption is actually a fact or close to one, would it even matter as far as character is concerned to readers? Would an LDS character turn away non-LDS readers? Super-hero genre stories almost always have a strong moral code. It’s all too common to find super-heroes fighting against super-villains in cliché bouts of good versus evil. It is rare however, to find super-heroes attending religious services or preaching the good word to a villain in the hopes that they can turn the bad guy to God. That non-specific morality is what most people, and most readers, believe in.

We all want to the hero to beat the villain and get the girl (or guy) in the end, but it’s nice to bet attached to someone like us. Someone with the same color hair or someone with the same skin tone; gender; job; hometown, country of origin, cultural background or even sexual preference. Mainstream comics have given readers a diverse group of characters to follow in recent years. DC Comics gave us fans a Green Lantern with a Middle-Eastern background and another Green Lantern who is into guys. Marvel Comics just introduced a teenage super-heroine with dark olive skin and a birthplace of Pakistan while also publishing an Avengers team made up of primarily minorities. Those new and diverse characters aren’t just because the writers and readers want something new. Mainstream companies want to bring in new readers to the medium by appealing to the diverse makeup of the population.

Young and old readers who happen to be LDS are bound to have another A-list character arrive in mainstream comics who hails from a family who gathers around the living room couch on Monday nights to sing, play games, share stories and read scriptures together. That character may be waiting for a mission calling or use the skills gained on a mission to fight crime. That character will be compelling to everyone because, despite having a religion that isn’t widely practiced, they will have a strong moral code and an interesting background. Maybe the character will even come from Utah.

Until that time when there is a Marvel or DC character wearing their G’s under their spandex, one group of writers in Utah has chosen to create a super-team for Utahn’s. A team of strangers that are all too familiar to someone from the Beehive state. Characters who are instantly recognizable and immediately relatable because of a shared background with local readers. What’s more, is that individuals that make up the Salt City Strangers Super-Hero team are as diverse as the common Utahn. All of them are in various states of their spiritual journey. One of them isn’t even a member but tags along because, despite what Dark Helmet said, being good is cool – not dumb.

Everyone that picks up a Salt City Strangers comic book will enjoy seeing familiar sites in Salt Lake City. They’ll be thrilled when they find out their Utah History class from high school pays of in spades. The storytellers behind The Salt City Strangers put Porter Rockwell’s blessed guns in the hands of super-hero, they named a young black return missionary with a higher calling Golden Spike, they assume that most Utah boys at one time had a Den Mother they wouldn’t mouth off too, and that each one of their readers knows what hero saved the early pioneers from a plague of black crickets. They’ve done all of that and more because they’re part of the audience they’re creating for. The local comic book will become a local legend because it resonates with that audience; because they’re part of a shared Utah culture and the LDS Church that birthed it.

About the team: Chris Has always loved comic books and telling fun stories. Salt City Strangers came about because with the convergence of an old comic idea, his desire to draw Utah locations, and a fascination with local urban legends. A Utah native, Chris loves the state’s culture with all its quirks and strangeness. Chris received his MBA from Westminster College in 2012 and is also working for his alma mater in the Division of New Learning. ____________________________________ Josh is also a Utah native and though his path has sometimes taken him beyond the boarders of the beehive state, he keeps coming back. He is a talented poet and writer. Suffice to say: He has a gift with words. When he’s not working on Chris’ silly comics, Josh designs high-end board games for the company he co-created: Touch Paper Press. Josh raises a small family of 3 dogs and 2 cats with his beautiful wife in their Utah home. ____________________________________________ Jeremy is the newest member of the Salt City Strangers creative team, living across the United States he now claims Utah as his home. Jeremy is a published author, his book The Rise and Fall of Eric Hamilton made it to the 2007 Semi-Finals and The Serenity of Chaos took second place in the 2010 Readers Views Literary Book Awards. He is the author/co-author of 4 other books. He is also a talented artist whose “SteamPunk” art has been featured on online galleries and stores as well as multiple Steampunk Forums across the inter-webs. Jeremy is the Co-Founder of the Paranormal Illumination Society…a local paranormal investigation team, who is out to find ‘The Truth”….He is also the owner of Salt City Home Designs, a local custom residential design firm. When Jeremy is not writing-drawing-or creating he enjoys building outlandish contraptions such as his wind powered generator and solar furnaces (all made from recycled junk, glue, and chewing gum) _____________________________________ Hailing from Norwalk, California, Sam is a talented artist in many ways. His gritty and sharp inking brings an element of dangerous reality to the art of Salt City Strangers. His art has been compared to Ben Templesmith and Ashley Wood. When Sam is waiting for Chris’ next big comic idea, he plays for the local punk band Discoid A.