Sacrifices of our Ancestors 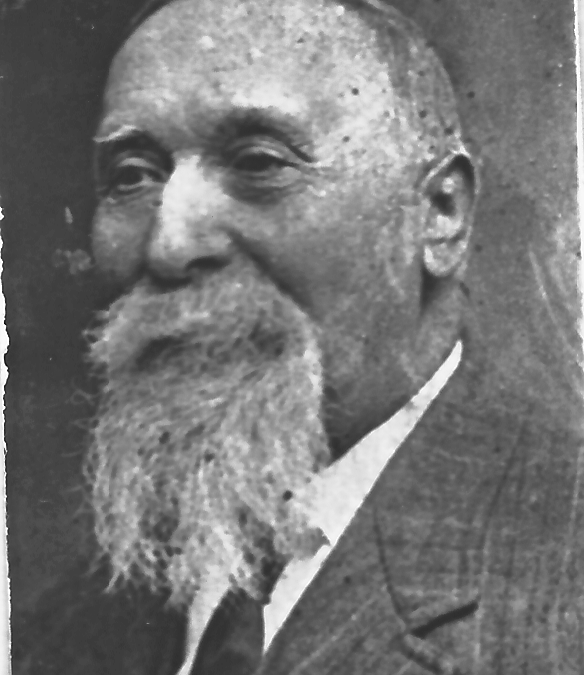 For Christmas this year, we got a Christmas picture book, which was set in Norway, called The Reindeer Wish, from my parents.
In the back of the book they included the story of my great-great-grandfather, Peter and his immigration from Norway to Utah after he joined the church. 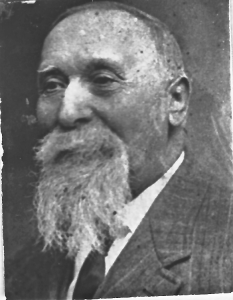 Granted, I had spent NO time looking in to any of this before hand. I had heard casual stories of how Peter joined the church and his brothers were mad at him and they chased him (in boats) around the islands of Norway after he decided to leave his wife and daughter to go to Utah.

The story I received for Christmas had more details that were interesting to read and I was thrilled to find a picture of him on Family Search.

Let me tell you a little bit about Peter’s history.

He was born on a farm on the island of Kvitsoy, which is in southern Norway, in 1835.

Guys. This is the entire island as of this decade. Imagine how sparse it was in the 1800s!

Peter had dark hair and sparkling blue eyes (which I am privileged to have both).  He married Tobia when he was 29 years old. They had five children. All except one daughter passed away between the ages of two and seven.
In 1875, the Mormon missionaries came to their island and Peter learned about The Church. One missionary was from Logan, Utah and told Peter about all of the good things in America and Logan.

From 1880 – 1882 Peter struggled with feeling torn between his religion and his family.

Joining the church had caused a lot of problems within his family. He wondered if he should give it up and go back to his old religion. He prayed and pondered and determined that he could not give up his new religion and would leave his wife and five year old daughter to go to Utah.

The famous part of this story that we are told over and over is how Peter’s brothers chased him around the fjords of Norway in a boat, hoping to catch him and leave him on a small island with no boat until he came to his senses. Peter was a faster rower and was able to lose them among the islands. He knew where to row to to get to a ship that would get him to the mainland in order to board “The Wyoming” which was set to sail to America. The missionaries there helped him get passage on the ship. On his 18th wedding anniversary.

At this point in the account, we get a “spiritual confirmation” story. He had the sudden urge to run off of the ship, but “deep in his soul he felt he was doing the right thing. A peaceful feeling came over him and that night on the ship he slept peacefully for the first time in a very long time.”

Peter arrived in New York and then took a train to Odgen. From there he went to Logan. After he was settled he wrote to his wife and asked her to come to Utah and how wonderful it was there. He wrote many times and she would never come.

Eventually a friend talked to Peter about a young woman who was also a member in Norway and they began writing. He asked her to come to Utah to be his wife and she consented. 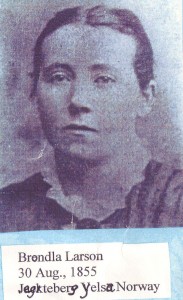 They were married in the Logan, Utah temple. He was 49 and she was 29. They had five children. My great grandfather, the youngest, was born when Peter was about 60 years old. Peter died in 1926 at age 91, just a year before his youngest child married, so my grandfather never knew his grandfather who joined the church and came all the way to Utah from Norway.

On family search, my family tree stops at Peter and Tobia’s daughter, Gina. It shows a spouse for her, but no marriage date and no children. From the information I have, she had two children. (PS, I’d love any help on finding these people if there happen to be any experts reading!)

Peter’s story is so similar to many pioneer stories, but happened a few decades later.
We often talk about our pioneers and early members of the church and the great sacrifices they made as evidence to the truth of the gospel.

The same mentality runs deep in my family.

I had always heard this story and thought of it as a reason to believe in the church. It HAS to be true if Peter was willing to give up his wife of 18 years and his only surviving child. It had to be.

Two years ago, I heard of an account by my grandfather where he talked about how Peter would see flocks of seagulls around the fields he was working in in Logan and would just lay down and sob because he was so sad and missed his life in Norway so much.
He never learned English.
These parts of Peter’s history were something I had never heard of, thought of, or they were parts I had dismissed.

After hearing about how Peter wanted to run off of the ship that would take him to America and then hearing about how much he missed Norway when he was in Logan, I realized that the peace that is so often touted in these stories, maybe wasn’t as peaceful as we’d like to believe. It probably came with a great deal of hurt and conflict for the person’s entire life.

I hurt for my great-great-grandfather.

And I hurt for his wife and daughter.

And I hurt for me. My very existence was built on this deeply devastating experience that tore a family, which was already so bound together and hurt by the grief of losing young children, completely apart. I felt angry that a religion and it’s missionaries would encourage a person, the head of the household at that time, to leave their dependant wife and child, who likely did not have any way of supporting themselves beyond Peter.
I felt a deep sense of longing to reconnect with these people who were left behind in Norway. An entire branch of my family tree that I know nothing about.

Those words from my Grandpa caused me to re-examine how I felt about my great-great-grandpa’s immigration and sacrifice. I was confused at how he could choose a religion over his family.
I found peace in how he hoped that they would soon join him.
But I wish that he would have returned to them in Norway.

I guess to me, family is far more important than religion. Family IS religion. Family is God. I feel that if you choose family and love, you will always be in God’s favor. I have a hard time understanding how he could have felt peace at leaving his family. What about that first gut feeling of wanting to run off the ship? Isn’t that just as important of a spiritual confirmation? Would Peter have found and felt peace had he not boarded the ship?

But then we wouldn’t have that sacrifice part that is so important to the Mormon narrative.
Sacrifice. Pain. Suffering.
For what if not the truth?

The main frustration that I have dealt with is the expectation that because of one person’s personal sacrifice, than there must be truth in what they choose, and all future posterity must honor that sacrifice. There is a sense of indebtedness that can never be repaid. If you stay, Grandpa Peter is happy because his sacrifice was not in vain. If you leave, Grandpa Peter is upset that his sacrifice and the better life he wanted for his posterity was not accomplished.

It is not unlike Joesph Smith’s own sacrifices. A man in who our very membership is dependent on having a testimony of.
And he gave his life as the ultimate testimony. 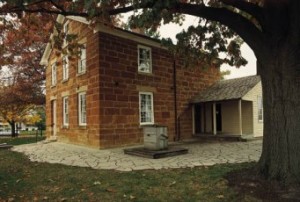 It’s easy to see why we place so much value on our ancestors who chose to convert to Mormonism and what they gave up to do so.

And because of the basis of sacrifice = truth, you had better believe that it makes it incredibly hard for anyone to even take a slightly different path. There is guilt and the threat of loss of important familial relationships.  “Grandpa did this for YOU. How dare you squander/dishonor/throw away all that he did for you?”

The story of our converted ancestors are often, next to Joesph Smith, the ultimate faith story. The ultimate sacrifice and it’s personal because they did it for YOU, their posterity. And I’m willing to bet most of us have an ancestor who sacrificed something to join the church.

But what if you think it was a terrible choice? How do you come to terms with that? When you wouldn’t exist if that choice hadn’t been made.

Here’s my petition. Let’s stop hailing our ancestors as a reason to have a testimony or be a member of the church. They certainly wouldn’t want us to be members just because of their great sacrifices.
Why should one person be untrue to their own feelings, just because they feel a duty to be the person someone else expected them to be?

Grandpa Peter, I am so sorry for all you had to endure in your life. The pain of losing children is truly devastating. And then to lose your wife and remaining child. I just can’t imagine. I don’t blame you for the many tears shed in the fields in Logan.
I don’t know if your life would have been better if you had remained in Norway (though I do know that Norway is a pretty fantastic place to live these days, so I’m terribly jealous of any decedents of Gina), or if it was really was better for you in America. I feel like it probably would have been a sacrifice of hard work if you had stayed in Norway, just like it was here, but without the loss of your family.
I do know that I am thankful for the opportunities I have here because of you.
From what I know of you, were a good man and I would have liked to have known you. I loved looking at your picture and seeing familial similarities.
Lastly, I like to think that you’re up there with my Grandpa in a place where greater knowledge has given you both greater love and understanding.
That is my hope for everyone, greater love and understanding. Especially for those we love.