ROGUE ONE AND DONALD TRUMP 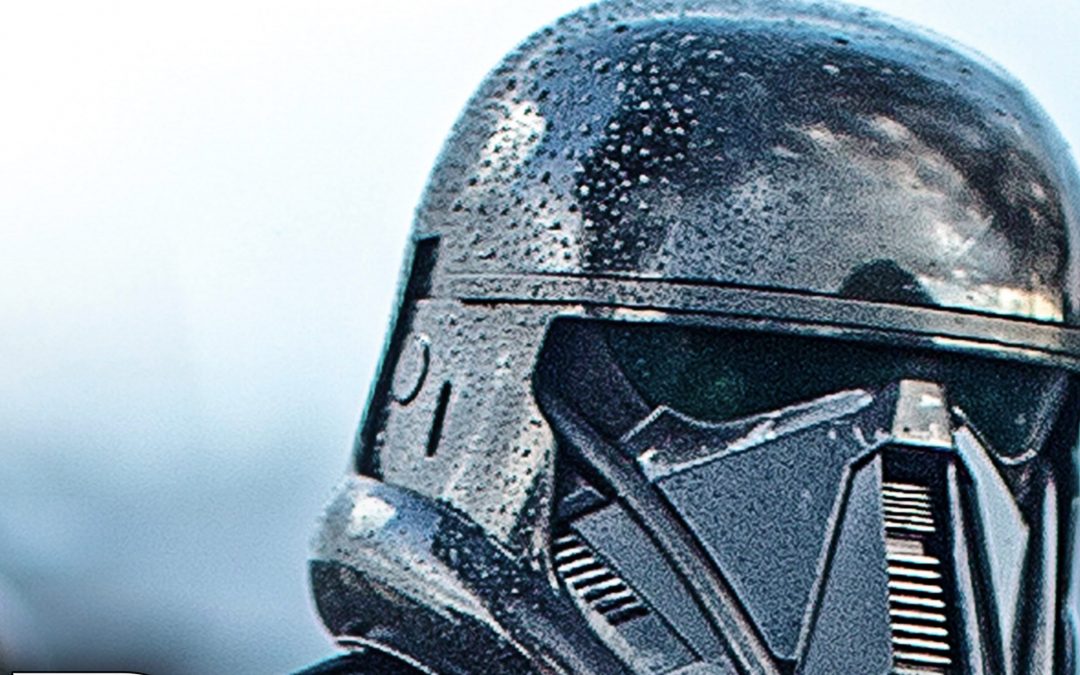 Kristin and Mikle South have a long tradition of hosting big parties for the release of big movies, from the Lord of the Rings trilogy to the new Star Wars shows. This year they hosted 592 friends and friends-of-friends for an advance screening of Rogue One: A Star Wars Story.

The Souths also have a tradition of offering a pre-movie speech including some amount of social commentary. In the current climate it is no surprise that this year’s preamble, given by Mikle, had strong political overtones. The film itself was full of pointed, incisive commentary on the state of the world in these perilous times. Without giving up any spoilers, it’s fair to say that a Damascus marketplace would not be out of place in this film.

The Souths have been particularly concerned by many comments from fellow Latter Day Saints, with regard to the American election, that it’s just a sign of the end of the world and there’s not much to do but sit back and wait for Jesus to come. They encourage a much more active role in fixing problems and avoiding the passive appeasement which allowed Hitler and other authoritarian regimes to rise to power in the first place. Here is a copy of the speech.

I admit that this year’s speech is heavier in tone than usual, because I am heavier in heart. Chronicles of Prydain author Lloyd Alexander once said that “Fantasy is hardly an escape from reality. It’s a way of understanding it.” So we come time and again to galaxies a long time ago and far, far away to figure out our present place.

A Jewish friend of mine just posted to social media a remarkable photograph taken in 1931 in Kiel, in the north of Germany. The image shows the front room of a rabbi with a beautiful nine-branched menorah during Hanukkah, the season of light. Across the street, hanging from the opposite window, is juxtaposed a hanging swastika flag, the symbol of rising Nazi power and Hitler’s ascension soon after.

Fast forward to a month ago at nearby Utah Valley University, where several flyers were posted around campus reading, in edited form, “Donald Trump Won! Now All You Liberal [blanks] Better Shut The [blank] Up With Your Muslim Rights, Gay Rights, Illegal Immigrant Rights & ALL That Other [blank]!…America’s Economy Will Now Finally Be Booming Again And The World Will Tremble At The Thought Of Facing America’s Military!”

Curious about possible parallels to our time, I recently read about the climate of Italy and Germany before World War II, according to political scientist Robert Paxton. One key element of the rise of fascism there was an obsessive preoccupation with community decline, and a resulting need to return things to former glory—to make them great again. Another key element was a focus on internal cleansing: drain the swamp on the inside and build walls to keep the impure out.

So what does this have to do with Star Wars? When George Lucas created Star Wars, the memory of fascism and holocaust was not as far away as it is now. Star Wars is based on the backstory of a rigged election controlled by an obscure megalomaniac called Palpatine who shortly thereafter proclaimed a grand empire with himself at the head. Lucas adopted the word for “Empire” directly from the Nazi word “Reich,” and the empire’s soldiers directly from Hitler’s elite “Sturm Abteilung” regiments, translated into English as “Storm Troopers.” Episode VII continued the theme, especially in the scene where General Hux unleashes the superweapon to destroy the Republic after giving a speech in front of orderly massed troops and huge banners, virtually identical to Hitler at the Nuremberg parade grounds.

Lucas has said that “The story being told in ‘Star Wars’ is a classic one….the story is retold because we have a tendency to do the same things over and over again. Power corrupts, and when you’re in charge, you start doing things that you think are right, but they’re actually not.”

In today’s Daily Herald (Utah) newspaper, film reviewer Derrick Clements suggests that Rogue One continues the parable about fascism from World War II, but also extends the parallels to “the contemporary ‘war on terror,’ with various competing factions, including radical ones, rising up against each other, making the line between ‘good guys’ and ‘bad guys’ less clear than ever….the diverse characters at the foreground in Rogue One …. are desperate individuals dealing in their own unique ways with the new reality that their thriving, multicultural galactic democracy has all but collapsed in the wake of an authoritarian Empire’s rise to power, and no one really knows what to expect, but there seems to be plenty of reason to fear.”

Rogue One asks: “what can we do?” And answers: “we rebel.” “The world is coming undone,” says Saw Gerrera. “This is our chance to make a real difference,” replies Jyn Erso. “How many do we need?” asks Baze Malbus. “Make ten men feel like a hundred” replies Captain Andor. See, rebellions are built on hope, and in these divisive days we really need a new hope.

So what can we do? No matter who you voted for in the last election, whether McMullin or Trump or Clinton or Green or even if you stayed home in protest at the choices, now is the time to rebel against tyranny, discrimination, and hate. We can forestall the need for violence with kindness and acceptance towards those on the margins of society regardless of nationality, race, religion, sexuality, or any other feature that causes us to see others as somehow different or less capable than ourselves. Our fictional Rogue One heroes demonstrate courage to speak up and act against evil: As the American Civil Rights hero Ida B. Wells pointed out, “The way to right wrongs is to turn the light of truth on them.”

Tonight, then, let us relax and enjoy our time away in the supernatural wonder of talking droids and humming light sabers, and fabulous forces of powerful empires and young, scrappy rebels. Tomorrow, though, let us take hold of this moment to do our own brave things for the good of our neighborhoods, our country, and our universe.

Mikle South earned his BA at Yale University and his PhD in Clinical Psychology at the University of Utah, before returning to the Yale Child Study Center for postdoctoral training in neuroimaging of autism spectrum disorders. He is currently an Associate Professor of Psychology and Neuroscience at Brigham Young University, with research devoted to understanding the overlap of autism and anxiety. Dr. South enjoys playing soccer, watching Star Wars except the bad ones, and going on long walks with his family to look for Pokemon.

All posts by Dr. Mikle South