Riches for the Righteous 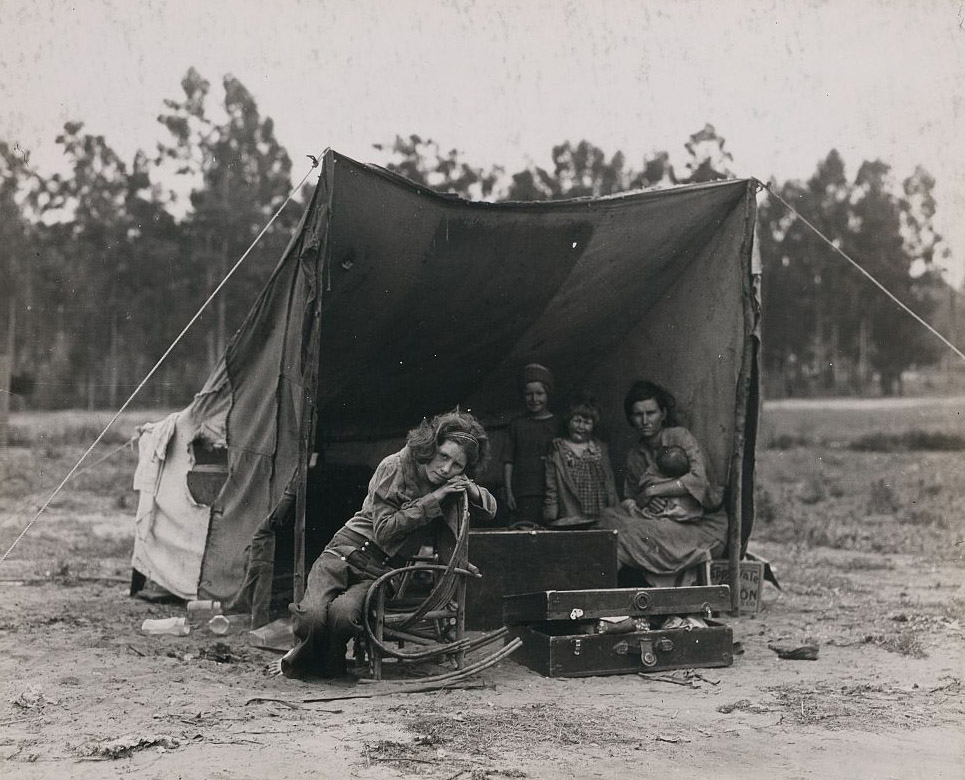 I overheard a conversation the other day about the connection between wealth and righteousness. The consensus was that people could be wealthy or poor regardless of whether they were good or bad. But then someone brought up the Book of Mormon promise that “inasmuch as ye shall keep my commandments, ye shall prosper.”[1] They argued that material blessings are in some way connected to faithfulness.

This didn’t sit well with me, especially considering the difficult economic circumstance of recent years. It fit too cozily with the ideals of modern capitalism and the tendency to blame the poor for their poverty without considering the systems that contribute to that outcome. In looking more closely at what the Book of Mormon actually says about prosperity, I found that individual wealth was far from the most important theme of the prosperity covenant.[2]

The covenant of prosperity is a central theme of the Book of Mormon. Nephi identified it as part of his motivations for killing Laban.[3] Lehi, King Benjamin, and Alma the Younger taught it to their children and their people.[4] In their narration, both Mormon and Moroni identified times that the covenant was fulfilled.[5] But in none of these instances did these prophets explain specifically what it meant to prosper. So we must look to other examples in the Book of Mormon, which connect this promised prosperity to three main themes: wealth, safety, and growth.

The promise of riches is alluring, especially when we are doing our best to serve the Lord but struggling financially. As long as we seek to do the Lord’s work, there is nothing wrong with the desire for material prosperity.[6] But this is actually the least common theme connected with the word “prosper” in the Book of Mormon. When they were linked in the narrative, riches often came as a result of prosperity, not as prosperity itself.[7]

Furthermore, such riches were collective rather than individual. This distinction was clearest when Alma the Younger reformed the Church after the death of King Mosiah. Here is Mormon’s account of the people at that time:

“And now, because of the steadiness of the church they began to be exceedingly rich, having abundance of all things whatsoever they stood in need …

“And thus, in their prosperous circumstances, they did not send away any who were naked, or that were hungry, or that were athirst, or that were sick, or that had not been nourished; and they did not set their hearts upon riches; therefore they were liberal to all, both old and young, both bond and free, both male and female, whether out of the church or in the church, having no respect to persons as to those who stood in need.

“And thus they did prosper and become far more wealthy than those who did not belong to their church.”[8]

The key division here was not between rich or poor individuals but between two groups: members of the church and non-members. The wealthy and the impoverished were on both sides of that divide. For their righteousness, the church membership as a whole was blessed with the means – and the responsibility – to care for the poor among them.[9]

A second common theme of prosperity is safety. Lehi first linked the two in his instructions to his children.[10] In the face of constant danger from the Lamanites, the Nephites held fast to that promise. Jarom, Chemish, and King Benjamin each recorded instances in which the Lord had fulfilled His covenant of prosperity by keeping the righteous Nephites safe from the Lamanites.[11]

When the long period of warfare between the Nephites and Lamanites broke out during the book of Alma, Mormon pointed out ways in which the prosperity covenant related to their military success or failure.[12] This aspect of the covenant was a central motivation for the Sons of Helaman.[13] Trusting in that promise, these righteous warriors were “miraculously prospered in regaining” significant portions of the land without any deaths among them.[14]

Their example notwithstanding, many righteous people did die in these wars. As with wealth, the theme of safety was more often a collective promise than an individual one. Prospering in this sense meant that righteous peoples would be free from the oppression of outsiders. Lehi prophesied that the righteous who dwell in the promised land “shall be kept from all other nations” and “there shall be none to molest them.”[15] Nephi beheld this promise fulfilled among the Gentile nations who would obtain the land and win freedom from their “mother Gentiles.”[16] King Benjamin made the theme of freedom and independence central to his interpretation of the prosperity covenant, declaring unto his people:

This same theme was echoed by Alma and Mormon: the Lord would bless the righteous with deliverance, escape from bondage, and independence from their enemies.[18]

The most prominent theme related to prosperity is growth. Those who prospered in the Book of Mormon saw an increase in their human population, through birth or conversion. Nephi recorded that after fleeing from his brethren his people “began to prosper exceedingly, and to multiply in the land.”[19] The same occurred for the people of Zeniff, those in the land of Helam, the Nephites in periods of peace following wars, the righteous after the Savior’s visit, and the Jaredites.[20]

The most significant example of prosperous growth was the spiritual growth reflected in mass conversions. After Alma the Elder’s church reformation, the Church experienced prosperity reflected in new conversions.

Unfortunately, that prosperity was short-lived, since Alma the Younger, the sons of Mosiah, and others began “stealing away the hearts of the people [and] causing much dissension among the people.” [22] Lacking unity, the people could not grow as the Lord intended.

The most remarkable example of such growth came during a period of peace about four decades before the birth of Christ. While the Gadianton robbers and Lamanites were kept at bay, the Nephites were able to spread throughout the land.[23] Rather than give in to pride, they embraced the gospel to an astounding degree. As Mormon recorded,

“And it came to pass that in this same year there was exceedingly great prosperity in the church, insomuch that there were thousands who did join themselves unto the church and were baptized unto repentance.

“And so great was the prosperity of the church, and so many the blessings which were poured out upon the people, that even the high priests and the teachers were themselves astonished beyond measure.

“And it came to pass that the work of the Lord did prosper unto the baptizing and uniting to the church of God, many souls, yea, even tens of thousands.”[24]

As a result of their ongoing humility, the Nephites prospered in things spiritual, providing a number of conversions that left even their church leaders surprised.[25]

Taken as a whole, references to prosper in the Book of Mormon suggest that while worldly wealth and abundance sometimes accompany prosperity, the promise of riches is more often collective than individual. Similarly, the promise of prosperity does not mean that individuals will be kept from harm or even death. Rather, the Lord preserves the independence and agency of His righteous people.

In contrast, the Book of Mormon teaches we can exercise individual faith in the promise of growth, even in times of danger and economic hardship. If we keep the commandments the Lord will help us to experience growth that will astonish even the most spiritually experienced among us. As with the Liahona, enjoying this promised growth requires diligence and industriousness on our part.[26] If we are diligent in seeking the Lord’s blessings – through obedience, prayer, and hard work – we will grow in things temporal and spiritual.

As with any covenant, the ultimate fulfillment of this prosperity promise is found in the next world. Eternal life is the most valuable gift we can receive from God, the ultimate safety, and the result of the most tremendous growth.[27] By understanding the covenant made to Nephi, we can leave aside the wisdom of the world and focus on the true substance of the Lord’s promises in the Book of Mormon.

[2] For this study, I examined 76 individual Book of Mormon references to “prosper” or “prosperity.” I’ve shared my chart of references here for any who wish to investigate further.

[25] The most prominent counter-example is of Lehi’s family’s journey in the wilderness, as referenced by Alma and Mormon. Because of disobedience they often failed to prosper. See Mosiah 1:17, Alma 37:41-43, and also Mosiah 7:29.