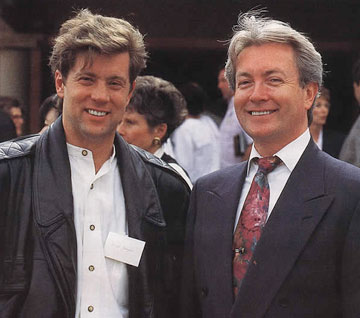 In Part 6c of this series on revelation we will continue to closely examine the evolution of the LDS temple worship. If you have not read Part 1 of this series, I highly recommend that you do so before reading this post (you can read it here). And if you haven’t read Part 6a in the Temple portion of this series, click here to read it and for Part 6b click here before you continue. The point of the posts in the revelation series is to show how culture, bias, and worldview affect the way revelation or inspiration is interpreted.  We pick up on the timeline with the Richards committee era in the temple evolution all the way to the present day.

Most of the information I present here is from a well-written book, “The Mysteries of Godliness, A History of Mormon Temple Worship,” by David John Buerger. I highly recommend it!  Unless otherwise noted, all references come from his book. 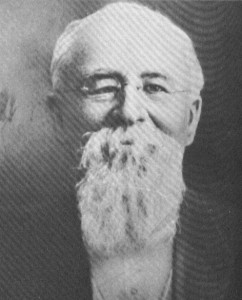 1924 – St. George temple president David H Cannon balked at changes the formed Richards Committee suggested, claiming he (David) had the original endowment given from Brigham Young. Cannon was told to burn the old rulings or send them to SLC (pg 139).

30 January 1926 – President Grant issued a letter restricting second blessings or anointings to only those recommended by the President of the Church or Council of the Twelve (pg 157).

1927 – The First Presidency issued a letter with changes to the endowment (I’m only listing a few changes from the extensive list):

6 April 1927 – Recommends for second anointings were stressed again – only those that received a recommendation from the President or the Twelve qualified for the second anointing (pg 157).

27 August 1927 – The Presidency affirmed that they did not want to use motion pictures in the ceremony (pg 166). 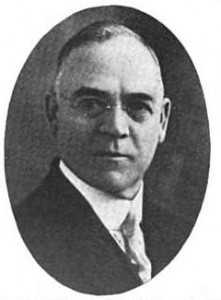 1934 – George F. Richards head of  the Richards Committee wrote a letter to President Grant to increase the number of second anointings being done.  He listed five general authorities that hadn’t received their second anointings.  He wrote: “I understand that it is in order for a member of the council of the Twelve to recommend worthy members to the President of the Church to receive their Second blessings. Accordingly, I recommend that these brethren and their wives be invited to receive their blessings.” (pg 160-161)

1930-40 – During the Great Depression, members could pay people to perform endowments for the dead.  Members who did not have time to perform ordinances for deceased ancestors customarily paid 75 cents for men and 50 cents for women per ordinance (pg 155).

12 August 1949 – Richards was still frustrated with the small number of second anointings being issued. Richards stated: “Ordinances without which we cannot obtain Celestial thrones.” He also noted that from 1930 to 1942: “Eight such blessings were administered in the Church”. He recommended that temples under construction now and in the future should have a room for the administrations of these blessings alone, to be called the Holy of Holies (pg 163).

Note: Second anointings are still performed today, but on a very small scale. They are not considered a requirement for exaltation. You must be recommended to receive one today. They are “for a limited number of proven, trustworthy older men and women and the upper levels of an elite, insular hierarchy” (pg 164). 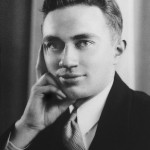 1953 – President David O. McKay asked Gordon B. Hinckley to chair a committee to create an endowment presentation for the new one-room Swiss temple. The outgrowth was a 16-millimeter film directed by Harold I. Hansen, filmed mostly in the upper room of the Salt Lake temple and shot over a period of one year.  Due to inclement Utah weather, outside photography was done in the southern United States, while lava-flowing scenes accompanying the Creation portion came from Walt Disney Studios, which granted permission to use 350 feet from the film Fantasia. Different casts were used for the different languages, which included English, German, French, Dutch, Danish, Swedish, Norwegian, and Finnish (pg 166-167).

1954 – More casts were brought on to film for Samoan, Tahitian, Tongan, and Maori for the use in the New Zealand temple. Casts really didn’t act, and there was no real sophistication to the scenes; the temple workers simply enacted a live endowment session (pg 167).

1950-60s – The Church’s computer planning committee realized that given the estimated 70 billion people who have been born on the earth, all LDS adults working in temples eight hours a day, seven days a week would not be able to keep up with world population growth, much less complete ordinance work for deceased ancestors. 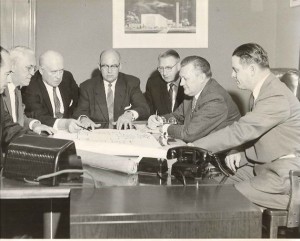 Early 1960s – American movies influenced Harold Burton, the architect of the Oakland temple. He planned huge projection areas that required the use of 35-millimeter film (pg 167).

1966 – The second film for the endowment session was produced. Due to space limitations in the Salt Lake temple, the First Presidency authorized this production (known as Project #100) to take place in the motion pictures studio on the campus of BYU (pg 167).

Oct-Nov 1969 – A third film, known as Project #134, was put in production to try to shorten the length of the ceremony.  The cast included both professional and amateur actors. Actors and film crews were required to have temple recommends.  It was filmed between the hours of 10 pm and midnight to ensure privacy. Actors could not take lines home and were required to memorize their lines in a room just off the set. Prompt cards were also used (pg 168).

November 1971 – The third film was completed. Because it was in fact shorter, it replaced the second film (pg 168).

1972-73 – Despite initial opposition by Harold B. Lee and Joseph Fielding Smith in what they perceived as “doctrinal tampering,” vicarious ordinances were permitted to be performed out of their traditional order.

Mid-1970s – President Harold B. Lee was uncomfortable with the long hair and beards of a few of the cast members in the third film so a fourth film was put into production (Project #198). It had the same director, but a predominantly new cast.  Also, a major goal for this production was to create foreign sound tracks that did not look obviously dubbed without re-filming. Theological concerns required translations to be literal in nature. Voice actors for different languages were all native (pg 168).

Note: According to the actor who portrayed the minister in the third-filmed version, the role of Satan was to have been filled by an African-American originally, but due to protests by LDS Polynesians, a Caucasian filled the role (pg 169). 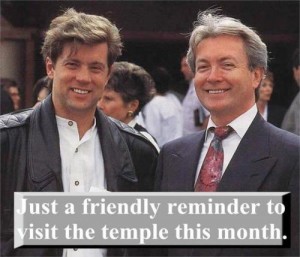 Remember this image making the rounds on FB?

Early 1976 – The temple committee transferred all endowment film and sound operations from BYU to the Salt Lake Temple basement.  Film was processed in a California lab (pg 169).

Note: Both the 3rd (Project #134) and 4th  (Project #198) film were used for two decades. Reportedly, the third film was not phased out as soon as expected because people preferred it over the fourth film (pg 169).

April 1990 – Following several in-house studies, including a national survey of some 3,400 members, a number of changes were implemented to soften the ritual’s treatment of women and non-Mormon clergy, use of Masonic elements, and violence of the penalties (pg 170).

January 2005 – Changes were made to the washing and anointing (initiatory) portion of the endowment: instead of wearing just an open shield, garments began to be worn along with the shield. Additionally the sides of the shield were sown shut.

Comparing the most recent changes in 2005, we can look back and really see how the temple ceremony has evolved since its beginning – originally the washing was performed in a bathtub where the temple patron was literally bathed. “The earliest accounts of the Nauvoo temple endowment indicate that initiatory washings followed a literal Old Testament model of actual bathing. Large tubs of water are specified in the separate men’s and women’s rooms. The anointing was performed by liberally pouring consecrated oil from a horn over the head and allowing it to run over the whole body.” (pg 81)

So what do these changes mean? What does it mean when the leadership performs a survey to find out what needs to be changed? I believe that God uses a system to communicate with us. And using humans to do His work comes with a certain cost. “Things that fall from heaven are still colored by earth” (John Dillenberger Professor Emeritus of Historical Theology at the Graduate Theological Union in Berkeley, California)

For me, a quote from Terryl Givens concludes this series on the temple beautifully and much more articulately than I could ever hope to:

Sure it’s [Joseph using Masonic ritual in the temple endowment] plagiarism.  All great poetry is plagiarism.  And all great religion is plagiarism.  Especially in the Mormon conception of things, because it’s not possible to create anything new. Right?  It was all known to Adam. There’s this “ere-gospel” that we are all trying to reach back and grope towards and reconstitute in its entirety and fullness. So, if that’s the paradigm you begin with, then there is no such thing as novelty or innovation in religious thought.  We are just trying to recuperate.  There are other people like, Michael Smith is one, who are doing really interesting work on the influence of Masonry on early Mormonism.  I certainly don’t know the full story.

You know, I’m reminded of a priest that I used to work with who came back from a Mass he just celebrated where he used beer for the wine and potato chips for the wafer.  I remember at the time I thought that was a little bit over the top and blasphemous.  To some extent, maybe it was.  But, the point he was trying to make to his congregation was, it doesn’t matter what symbols we use, it doesn’t matter.  We could re-write the temple ritual tomorrow and use Boy-Scout signs and handshakes, and it wouldn’t matter.  It’s so immaterial – what are the actual, physical aspects of the ritual that we go through in the temple.  Joseph found Masonic ritual adaptable in ways that suited his purposes.   He seemed to think that the Masonic ritual was an actual, if corrupted inheritance from an ancient endowment.   Now, the best scholarship today believes that Masonry is a fairly late invention out of whole cloth in the 17th century.  Right?  I don’t know where Masonry comes from.  I don’t know what its relationship is to an original Adamic endowment and I don’t care.   Because I don’t go to the temple because I believe that the actual ritual I am engaged in has any inherent value.  What has value, are the covenants that we make, the promises that we receive, and the relationships that are eternalized. So, I just say, well, bravo to Joseph Smith for finding this system that was quick and readily adaptable to his purposes.