Revelation Bias…Fair and Balanced Part 6b: The Temple

In Part 6b of this series on revelation we will closely examine the evolution of the LDS temple worship. If you have not read Part 1 of this revelation series, I highly recommend that you do so before reading this post (you can read it here). And if you haven’t read Part 6a of the Temple portion of this series, click here to read it before you continue. The point of the posts in the revelation series is to show how culture, bias, and worldview affect the way revelation or inspiration is interpreted.  We will pick up on the timeline in the Brigham Young era (Brigham Young worked really hard to format the endowment).

Most of the information I present here is from a well-written book, “The Mysteries of Godliness, A History of Mormon Temple Worship,” by David John Buerger. I highly recommend it!  Unless otherwise noted, all references come from his book. 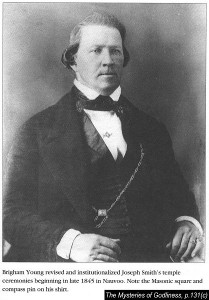 November 1845 – Work began by Brigham Young to format and organize the endowment, including division of rooms and decor such as trees and cedars for the garden room (pg 71).

13 December 1845 – After about three days straight of doing member endowments (for the first time since Joseph Smith’s death), Church leaders met to discuss better order in conducting the endowment. The creation story was drawn out in more detail. Eve was introduced which enabled the story of the fall (pg 80).

21 December 1845 – George A. Smith reinforced that garments were seen as a form of protection and that they should be worn “continually by night and by day, in prison or free.” Perhaps this was due to the fact that Joseph and Hyrum Smith were not wearing their garments when they were killed in Carthage Jail, but Willard Richards wore his and escaped unscathed. Many other survival stories emerged and thanks were given to the protection of the garments (pg 146).

Additionally, over 500 members had received their endowments at this time. 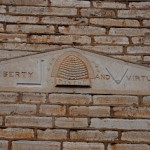 8 January 1846 – The fullness of the priesthood or second anointing was administered for the first time in the temple (it wasn’t administered in the temple before). A few individuals were sealed to their current husbands for time and also as queens to deceased men (usually Joseph Smith) for eternity. Several polygamous second anointing sealings were also performed (pg 86).

May 1846 – The saints headed west to the Rocky Mountains. Apart from prayer circles, temple work was put on hold (pg 97).

21 July 1849 – Addison Pratt completed his endowment at Ensign Peak (no temple) in the Salt Lake Valley. In October he is called on a mission to the South Pacific (pg 97). 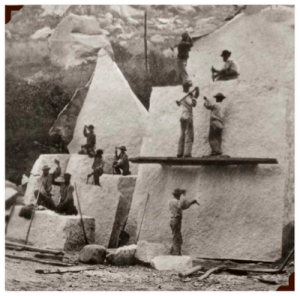 5 May 1855 – The Endowment House was dedicated for baptisms for the dead, marriage sealings, and endowments (pg 98).

May 1856 – Bishops recommended member names from their congregations to receive their endowments in the temple. Basic things were suggested that members do in order to get a recommendation: pay tithing from year to year, pray in their families, not speak against the authorities of the Church, not steal, attend meetings, etc. Before members entered the temple, they were instructed to wash themselves in pure water and to take with them their temple clothes, oil, and food to feed those that administered to them (pg 99). This is where we get the term “temple recommend”.

Mid-1860s – Brigham Young advised that members be clean and pure when they went to get their endowments: “…a woman should not go for a week after her menses were upon her, a man should not have intercourse with his wife for several days, but should be clean in body and exercised in spirit previous thereto…” (pg 100).

Late 1876 – The endowment house was shut down. Brigham Young instructed those wanting the endowment to go to the St. George temple (pg 105).

1 March 1877 – Wilford Woodruff, the new temple president, spent the day with 154 women (from the ages of 14 to the “aged mother leaning upon her staff”) performing proxy endowments for deceased women who had been or were being sealed to him (pg 109).

15 November 1877 – John Taylor put to vote the reopening of the endowment house for certain ceremonies: sealings for time and not eternity, and personal endowments for those that couldn’t travel to St. George because of age and health (pg 105).

1883– When describing the early garments, John Taylor said they were patterned after the garment given to Adam and Eve in the Garden of Eden, and each part had a sacred meaning. (The following parts of the garment are nonexistent today.) The collar: my yoke is easy and my burden is light. The strings on each side had a double meaning: the strings being long enough to tie in a neat double bow knot, representing the trinity; the double bow knots the marriage covenant between man and wife. (pg 145) 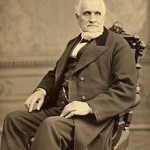 7 October 1889 – President Woodruff told stake presidents to be selective of who received the second anointing, and the First Presidency had the final say (pg 118).

November 1889 – Endowment house is torn down after President Woodruff learns plural marriages being performed there without his permission. (Official Declaration 1)

6 October 1890 – 1890 Manifesto is released by President Woodruff as an official statement which disavowed polygamy. (Official Declaration 1)

1891 – President Woodruff gave authorization for saints that did not live in Utah to dedicate rooms where sealings could be performed (pg 127).

1893 – White is the official color of the garment (source not confirmed).

1893 – The Salt Lake Temple bathtub is mentioned in an engineering magazine for the “largest bath-tub ever made” (Appendix 2). 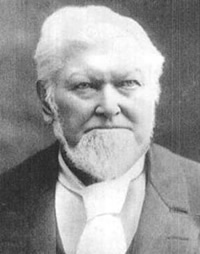 April 1894 – At General Conference, Wilford Woodruff ended the action of sealing people to general authorities and other church members outside of their families (pg 127).

August 1894 – A letter was sent out from the First Presidency with minor changes in the language of the endowment (i.e. “that my tongue be torn from its roots in my mouth” was  changed to “from the roof of my mouth”). Also, the marking of the garment was done in the washing room and not at the veil (pg 128).

November 1894 – The church established the Genealogical Society of Utah to awaken the interest in systematic work for dead lineal ancestors.

1901 – President Lorenzo Snow stated the following: “…persons who are recommended for second anointings should be those who have made an exceptional record, that they are persons who will never apostatize.” Guidelines set up included a recommended age. Also, if you committed adultery and repented of the sin in full, you were still disqualified.

1902 – The First Presidency issued another set of instructions regarding admission to the temple and other regulations. I’ll mention some that stood out to me: 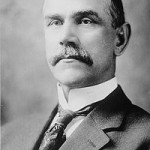 1903 – Reed Smoot, an Apostle, was elected by the Utah legislature in 1903 to represent Utah in the U.S. Senate (Salt Lake Tribune).

14 December 1904 – The Washington Times and the New York Herald featured front-page photographs of a man in endowment clothing depicting the signs and penalties (pg 133-134).

1904 – Hearings of a U.S. Senate subcommittee to determine whether or not Reed Smoot should be seated in the U.S. Senate began. The committee was concerned with where Smoot’s loyalty really lay – with the church’s “secret oaths” or with the Constitution.  One oath in specific that attracted the committee’s sustained interest was the oath or prayer of vengeance, which read: “You and each of you do covenant and promise that you will pray, and never cease to pray, Almighty God to avenge the blood of the prophets upon this nation, and that you will teach the same to your children and your children’s children unto the third and fourth generations” (pg 133).

1906 – Joseph F. Smith characterized any attempt, in the name of changing fashion trends, to modify the 1840s garment pattern, which he characterized as “sacred, unchanged, and unaltered from the very pattern in which God gave them” as a “grievous sin.” (“Editor’s Table”, Improvement Era 9)

1912 – The oath or prayer of vengeance was deemphasized due to negative publicity from the Smoot Hearings. It was then taught that God, not the people, would avenge his prophet (pg 135). 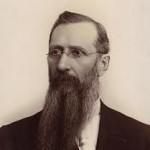 “The Saints should know that the pattern of endowment garments was revealed from heaven, and the blessings promised in connection with wearing them will not be realized if any unauthorized change is made in their form or in the manner of wearing them” (pg 150).

1921 – A committee was formed to simplify and shorten the ceremonies, including the prayer circle and at the veil. It was called the Richards Committee because it was headed up by George F. Richards, Salt Lake Temple President (pg 136).

June 1923 – President Heber J. Grant issued a letter regarding garment modifications: sleeves could end at the elbow; legs could be shortened to just below the knee; buttons could be used instead of strings; the collar was eliminated. More changes were made in the same year that shortened the sleeves and legs even more; it also eliminated buttons (pg 150).

President Charles W. Penrose of the First Presidency explained some of the reasoning behind changes to the garment, which included (pg 152-153):

June 4, 1923 – An article appeared in the Salt Lake Tribune that captured the members’ thoughts about the change in the garment. The younger generation welcomed the change. Some longstanding members saw it as a progressive move intended to add to personal comfort. The older original pioneers clung to the old design because they saw it as a safeguard against disease and bodily harm. The old style was still required to be used in the temple (pg 151-154).

Next week will bring the timeline to present day.