Revelation Bias… Fair and Balanced Part 5a: The Word of Wisdom 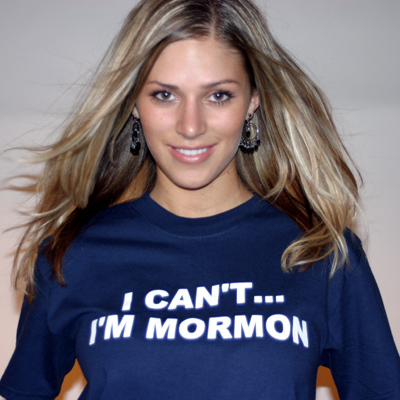 In Part 5 of this series on revelation, we will closely examine the revelation given to Joseph Smith known as the Word of Wisdom. If you have not read Part 1 of this series, I highly recommend that you do so before reading this post (you can read it here). The point of the posts in the revelation series is to show how culture, bias and worldview effect the way revelation or inspiration is interpreted.

The Word of Wisdom post started as one post, but as I researched and researched, I got more and more great information that I wanted to share.  To avoid the post being too long, I broke it up into parts. I will post each new section weekly. 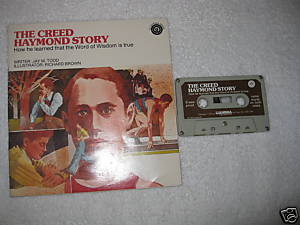 When my brother and I were young, my Dad purchased us a books-on-tape series from the church bookstore that discussed certain LDS topics through personal stories. There were a variety of topics in the series, but I remember one in particular called The Creed Haymond Story: How He Learned That the Word of Wisdom Is True.  For those who haven’t heard the story, I’ll sum it up quickly. Creed was a track star and captain of the track team. One night before a big meet, his coach visited the players and offered each one a drink of sherry wine. Creed refused to drink it. This did not go well with his coach, but he stuck to his guns. The next day all of his teammates that drank the sherry were sick. In that same track meet Creed broke the world record time for the 220-yard race. Creed would later attribute part of his success on that particular day to his decision not to drink sherry the night before.

Brigham Young stated how the revelation came about:

When they assembled together in this room after breakfast, the first they did was to light their pipes, and, while smoking, talk about the great things of the kingdom, and spit all over the room, and as soon as the pipe was out of their mouths a large chew of tobacco would then be taken. Often when the Prophet [Joseph Smith] entered the room to give the school instructions he would find himself in a cloud of tobacco smoke. This, and the complaints of his wife at having to clean so filthy a floor, made the Prophet think upon the matter, and he inquired of the Lord relating to the conduct of the Elders in using tobacco, and the revelation known as the Word of Wisdom was the result of his inquiry.” (Journal of Discourses, vol. 12, p. 158)

Let’s look at some of the health practices of Joseph’s time period in relation to the Word of Wisdom revelation. Leonard J. Arrington, author, academic, church historian, and founder of the Mormon History Association, wrote this:

In recent years a number of scholars have contended that the revelation(word of wisdom) is an outgrowth of the temperance movement of the early nineteenth century. According to Dean D. McBrien …. the Word of Wisdom was a remarkable distillation of the prevailing thought of frontier America in the early 1830’s. Each provision in the revelation, he claimed, pertained to an item which had formed the basis of widespread popular agitation in the early 1830’s:
“A survey of the situation existing at Kirtland when the revelation came forth is a sufficient explanation for it. The temperance wave had for some time been engulfing the West…. In 1826 Marcus Morton had founded the American Temperance Society…. In June, 1830, the Millenial Harbinger quoted … an article from the Philadelphia ‘Journal of Health,’ which in turn was quoting a widely circulated book, ‘The Simplicity of Health,’ which article most strongly condemned the use of alcohol, tobacco, the eating intemperately of meats…. Temperance Societies were organized in great numbers during the early thirties, six thousand being formed in one year… On October 6, 1830, the Kirtland Temperance Society was organized with two hundred thirty nine members…. This society at Kirtland was a most active one…. it revolutionized the social customs of the neighborhood.

He goes on to point out that the Temperance Society succeeded in eliminating a distillery in Kirtland on February 1, 1833, just twenty-seven days before the Word of Wisdom revelation was announced. (Brigham Young University Studies, Winter 1959, pp. 39-40)

In 1806, Dr. Shadrach Ricketson stated the following points in his self-published health book (Means of Preserving Health and Preventing Diseases, printed by Collins, Perkins and Company, 1806): 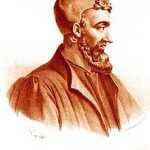 Medical care in Joseph Smith’s day was based around a practice called “heroic”. “This school of thought went back to Galen, and invoked the four humours of yellow bile, black bile, phlegm, and blood. Disease was thought to be caused by an “imbalance” in these humours, and treatment aimed to restore the balance. In practice this was often done through blood-letting (bleeding) and purging (inducing vomiting and/or diarrhea).” (FAIR wiki Word of Wisdom/Hot drinks)

Orthodox physicians used calomel or mercurous chloride to treat the patient. This would help induce diarrhea and cleanse the body of the sickness. This comes into play when Joseph’s older brother Alvin became sick with “bilious colic” (likely acute appendicitis). Alvin was treated by a heroic physician. Here is Lucy Mack Smith’s said about what happened to Alvin:

Alvin was taken very sick with the bilious colic. He came to the house in much distress, and requested his father to go immediately for a physician. He accordingly went, obtaining one by the name of Greenwood, who, on arriving, immediately administered to the patient a heavy dose of calomel. I will here notice, that this Dr. Greenwood was not the physician commonly employed by the family; he was brought in consequence of the family physician’s absence. And on this account, as I suppose, Alvin at first refused to take the medicine, but by much persuasion, he was prevailed on to do so. This dose of calomel lodged in his stomach, and all the medicine afterwards freely administered by four very skillful physicians could not remove it. On the third day of his sickness, Dr. McIntyre, whose services were usually employed by the family, as he was considered very skillful, was brought, and with him four other eminent physicians. But it was all in vain, their exertions proved unavailing, just as Alvin said would be the case–he told them the calomel was still lodged in the same place, after some exertion had been made to carry it off, and that it must take his life. (Lucy Mack Smith, The History of Joseph Smith By His Mother Lucy Mack Smith, edited by Preston Nibley, (Salt Lake City, Utah: Bookcraft, 1956), 86.) 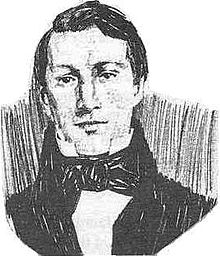 Alvin of course died and after this experience the Smith’s weren’t big fans of this technique to say the least. Another practice known as herbalism or Thomsonian herbalism used Lobelia inflata, or “wild Indian tobacco” or “puke weed” instead of using Calomel. Thomsonian herbalism was developed by Samuel Thomson. Thomson patented a system and sold it to any family for $20.  The herbal medications and orthodox physicians were for the most part administered by “percolating one pound of crude botanical with one pint of alcohol; teas were similarly prepared.” (N. Lee Smith, “Herbal Remedies: God’s Medicine,” Dialogue: A Journal of Mormon Thought 12 no. 3 (Autumn 1979), 47)

It appears that Joseph favored Thomsonian physicians more than the orthodox, but preached caution for both calomel and lobelia.  Joseph stated:

Calomel doctors will give you calomel to cure a sliver in the big toe; and they do not stop to know whether the stomach is empty or not; and calomel on an empty stomach will kill the patient. And the lobelia [herbal] doctors will do the same. Point me out a patient and I will tell you whether calomel or lobelia will kill him or not, if you give it.(Joseph Smith, History of The Church of Jesus Christ of Latter-day Saints, 7 volumes, edited by Brigham H. Roberts, (Salt Lake City: Deseret Book, 1957), 5:356–357) 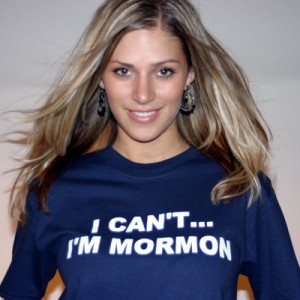 We can see that Section 89 wasn’t anything new or groundbreaking, but an “outgrowth of the temperance movement,” reflecting the health practices of Joseph’s day.  Parts of the revelation are very specific to his time, i.e. only eating meat during the winter and tobacco not being for the belly. And some things are just strange to me – corn for ox, alcohol for cleaning the body (soap was available in his day), oats for the horse, and rye for the fowls. Some will say that is why modern-day prophets are necessary – to interpret scripture so as to keep things like the Word of Wisdom relevant.

An interesting side note: Arrington also points out in his aforementioned article that the Word of Wisdom was a way to cut out excess. In other words, instead of spending money on things like alcohol, tobacco, coffee, or tea, money could be better spent for building the kingdom, for missionaries, and for the betterment of the group, this of course was while they were establishing themselves in Utah. He states:

The majority realized that abstinence would help to build local industry and agriculture and help to finance immigration and missionary work, therefore strong sanctions were applied against those who refused to cooperate in this program of building up Zion. Persons who refused to go along with the policy of non-use were not ‘good Mormons’. 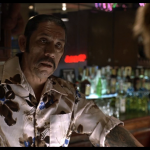 I think that today we can get mixed messages regarding the Word of Wisdom (what’s okay and what’s not okay) because it’s so open to interpretation and also because it was written close to 200 years ago in a completely different era. Times have changed. “Chicks are doing stuff.” (Bartender played by Danny Trejo, Anchorman 2004) Knowledge in the fields of health and medicine have changed. There are countless things today that were nonexistent at that time, and therefore not mentioned in the Word of Wisdom and therefore to some degree they are nonissues even though they are very relevant to maintaining healthy bodies (i.e. trans-fats, food dyes, fast food, drugs, high fructose corn syrup, genetically modified foods, etc.).

So next week I will go over Section 89 and examine exactly what is in the Word of Wisdom (along with my own commentary). And don’t worry we’ll talk about the most recent caffeine statement from the church newsroom. Please no drinking while commenting on this post.