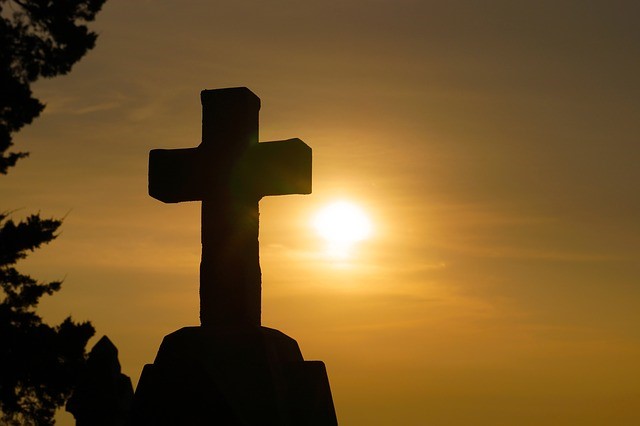 “I showed up at [addiction treatment] as a Godless, fearless man. While I was there, I connected to a 12-step program and came to find my higher power,” reflected Lincoln, a recovering addict and true inspiration.

We learned through our insightful conversations with people in recovery that many people find that embracing a relationship with God is a critical healing factor for them — even if they weren’t particularly religious before beginning their sobriety journey.

Here are some of their stories.

Eddie admitted that he faced many challenges throughout his addiction.

“The hardest lesson I had to learn was probably the fact that I don’t have control over others. I have influence and I have intentions, but not control. I thought I could make others do what I needed them to do,” he said.

But there was one hurdle that stood out most of all.

“One of the challenges I overcame on my path to recovery was surrendering to a higher power,” he shared. “For me, that is God.”

Thanks to his time in treatment at Texas’s Treehouse, he found the faith he needed to truly live the life he both wanted and deserved — one that wasn’t controlled by his addiction.

“During my treatment, I had learned that living in guilt and shame had gotten me here, so I couldn’t succumb to riding that train again. My only option was to lay it at the feet of my higher power, and for me, this meant surrender,” he explained. “This was very painful. In fact, emotionally, it was probably the hardest thing I had ever done. But there was no other option. I had tried it my way, and look where it had gotten me.”

Now that he’s sober, he celebrates life every day with his wife — and says they both thank God for where their journey has taken them.

“It’s been over a year clean and sober. She and I take stock in our blessings quite often.”

Josh wandered from God, but returned after seeing the light

Josh said the factors that fueled his addiction started when he was a child.

“I was born into a drug culture,” he explained. “My dad cooked meth — and later on, he was the one who showed me how to do it. Also, growing up I was picked on in school, and my parents were divorced by the time I was 8.”

Still, he maintained his faith for many years:

“I was what you might call a ‘Good Ol’ Boy’: I went to church, and worked on houses.”

But his life took an unexpected turn, and Josh resorted to dangerous coping habits.

“I got a girl pregnant and married her,” he said. “That’s around the time I started taking pain pills. It became progressively worse each day.”

He became so lost in his addiction that he found himself choosing between rehabilitation and a jail sentence. He chose rehab.

“I had planned to stay for the 28 days, but God had different plans,” he revealed. “I stayed in the program for 6 months — and I’ve now been employed here for over a year.”

Now a pastor working at the facility that helped him find his way back to his faith, he works tirelessly to inspire and help heal others that struggle the way he once did.

“The most important thing that I learned was that I’m loved by someone. You can’t explain God. You can’t turn off His love. It’s going to be there. He loves you,” he said.

He offers truly beautiful advice to others who may be struggling with addiction, especially if they fear they can’t turn to their faith for support — or have simply forgotten they can. It can really apply to people suffering just about any kind of hardship.

“Don’t be embarrassed to come to God with your addiction. Pray a lot. He’s going to be there for you,” he urged.

Charlotte Meier started http://recoverywell.org/ in the hopes that it would be a safe place for people to share how addiction has affected them, whether they are combating it themselves or watching someone they care about work to overcome it.

All posts by Constance Ray