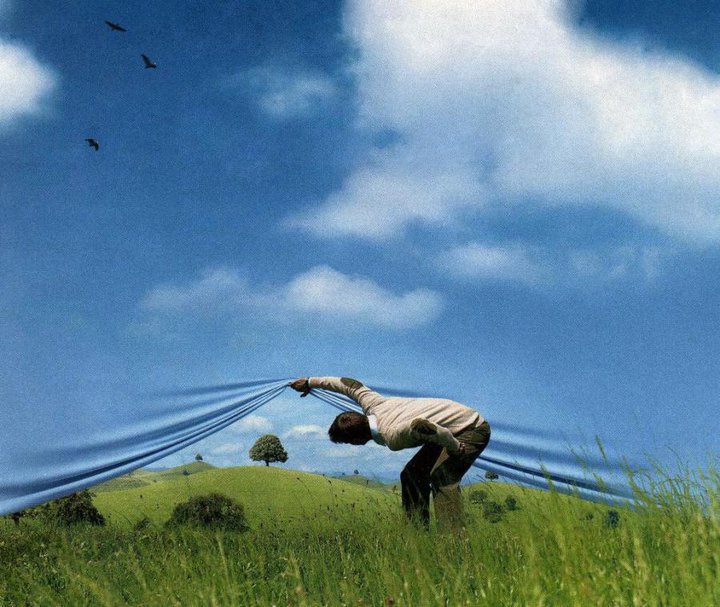 The idea of multiple realities defined entirely by our circumstances was first discussed in the 60s by Peter Berger in his book, The Social Construction of Reality, which taught that every society, community, and even every family constructs its own understanding of what is true and real. As individuals, the only truth and reality we learn growing up is what has been constructed by those around us. Berger didn’t originate the idea though. In the Buddhist model, reality itself, as we perceive it, is merely an illusion of the mind. And today the theory is widely accepted by sociologists and the CIA has even published a book on how to navigate relationships when conflicting realities exist. (1)  Several movie plots have also capitalized on the premise.

I don’t find anything inherently threatening about acknowledging multiple realities in a religious sense. I think where I get uncomfortable, though, and feel the itch to cry foul is when I perceive realities constructed at the institutional level where meaningful context is withheld or at the expense of free agency.

For example, encouraging public statements of certitude from our children at the pulpit don’t do much but cement an early worldview that often lacks context and that, like other significant milestones in our culture, can’t be rescinded when new information is acquired.

A university study found that people who had just placed bets on a horse race were significantly more confident and committed to their choice than those who were standing in line to place their bets. Nothing was different about the two groups except the finality of their outward commitment. (2) Likewise, a premature commitment to testimony becomes irrevocable once we act on that “certitude” by, let’s say, giving two years of missionary service, paying tithing, or even being marginalized by others – all commitments made frequently on “borrowed testimonies” and before our cognitive reasoning skills have matured. You simply can’t undo them. And the more costly a decision, in terms of time, money, effort, or inconvenience, and the more irrevocable its consequences, the greater the need to reduce any future dissonance by mentally inflating the benefits of that decision.

This is not unlike the severe initiation phenomenon, where the correlation between an extreme initiation process and future group loyalty is clear. Social theorists at Stanford conducted a fascinating study some years ago – two groups of students were selected to participate in an exclusive club on campus. The first group had no admittance requirement, while the other group underwent embarrassing initiation procedures before being “awarded” admittance. When the club proved to be one of the most boring and worthless student groups ever (intentionally), those who had undergone the extreme initiation maintained their intellectual interest in the topics of discussion and continued to participate willingly while those who had no such initiation quickly lost interest. Even after being told of the experiment, the initiated students maintained that they really did enjoy the discussion topics, yet almost all of them liked the group more than the non-initiated students did. The study has been repeated many times with the same conclusions. (3) The cognition that you are a sensible, competent person is dissonant with the cognition that you went through a painful experience to achieve something. Therefore, you distort your perceptions of the group in a positive direction.

It’s not hard to identify a few extreme “initiation procedures” we’ve inherited in our Mormon culture. A mission, temple marriage, and even baptism all carry with them irrevocable commitments in the form of time, money, and emotional sacrifice. Like the Stanford students after their initiation, are we simply in too deep to course correct? Are we even biologically capable of absorbing the pain associated with recognizing that our worldview might be just that – a socially conditioned angle on reality? 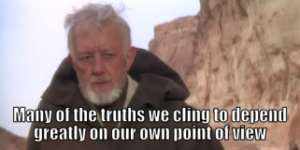 Or perhaps there’s something admirable, even honorable, about actively constructing an alternate reality, a “bubble” if you will, and using ritualistic commitments to achieve that end. Maybe it’s the end game of Gospel living. Perhaps living by faith is synonymous with constructing our own individual reality. I’m not averse to the idea, but take issue when that reality becomes increasingly inconsistent with the reality of most everyone around me. Being in the cognitive minority can be a powerful thing of course, but it can also strip me of credibility and alienate me from the people I must interact with to be a contributing member of society. When Jules Remy passed through Salt Lake in the mid-1800s and saw plural marriage up close, he wrote in his diary of Utah women “faith, or fanaticism, as it may be…has thrown her into a state…in which she actually hugs her chains.” (4) Their worldview had handicapped them to the point that they were entirely impossible to identify with. And even to a far less degree, that won’t work in today’s society.

Of course, our history has shown when any practice or doctrine reaches a breaking point with the surrounding society the Church, as a whole, implements what has been termed “institutional forgetting.” (5) Stories change, historical sources fall out of favor, and attention is redirected. I’m convinced this phenomenon isn’t a conscious manipulation, but rather a biological reaction (at the institutional level) to dissonant information. A 2006 study involving MRI brain scans of political enthusiasts found that when confronted with dissonant information about the politician they supported, the reasoning areas of the brain virtually shut down and the emotion circuits of the brain lit up happily when consonance was restored. (6) Insert Joseph Smith here for “politician” and it’s not hard to envision how a one-dimensional understanding of our own history could persist for decades.

But would the Church consciously foster the formation of such constructed realities in our youth? Marie Cornwall’s studies published in the Review of Religious Research suggest rather convincingly that while the religious education programs of the church “do not have a direct effect, through actual instruction, on later adult religious commitment, they do seem to have an indirect influence by channeling Mormon youngsters together in peer groups that provide social supports or ‘plausibility structures’ that help to maintain the faith.” (7) The numbers bear out that our youth programs aren’t in the business of building testimony, but rather social constructs. Combine seminary with EFY, mutual, youth treks, and the incessant “us vs the world” rhetoric and you get a potent formula for shaping an impenetrable worldview for the next generation of stripling warriors. Psychologist Carol Tavris tells us “without feeling attached to groups that give our lives meaning, identity, and purpose, we would suffer the intolerable sensation that we were loose marbles floating in a random universe. Therefore, we will do what it takes to preserve these attachments.” (8)

Again, I’m not convinced it’s a conscious strategy play on the part of the Church here, but rather a result of worldview differences. In our local primary, for example, the president sometimes calls up a few diligent students who memorized the entire Articles of Faith and rewards them openly with a chocolate bar the size of the triple combination. To the primary leaders, this is nothing more than helping children learn eternal truths. To an outsider however, this might accurately be described as bribing them with an addictive substance to make canned statements of belief, word for word as written out by their leaders. Depending on your construct of reality, it’s either tender guidance or abusive manipulation.

So does this Mormon construct of reality go as far as infringing on free agency? Science tells us that if any learning process persists over time and a “repeated sense of reward develops, the neural connections binding the thought with the sensation of being correct will gradually strengthen. Once established, such connections are difficult to undo…” (9) Eventually, group bias and a misplaced feeling of knowing routinely overpower and outsmart the intellect. So to expect well-reasoned arguments to compete with or even add meaningful context to a lifetime of reward conditioning is to misunderstand the biology of belief itself. Does a conditioned reaction to dismiss reason violate free agency?

Beyond free agency, I believe the more pressing issue is what often happens when conflicting realities collide within our culture. Many of us, me included, somehow came to believe in our youth that reason and intellectual inquiry were on our side and coming to an inverse realization can be a traumatic and debilitating experience. Having your worldview turned upside down leaves a scar. And when you see that same non-contextualized worldview that caused you so much pain being reinforced to those you love, you sometimes act in ways that end up damaging important relationships. 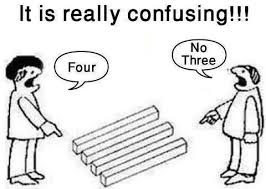 Encouraging a binary worldview while maintaining cohesion in today’s age is a tough demand to make on any religion. Perhaps Armand Mauss said it best: “What may be at work, in other words, is a process of selective conversion and retention based on cognitive style, not on religious commitment per se; and what is at stake…is the very psychological composition of the future Mormon membership.” (10)