RE: The MoTab. Who Represents You? 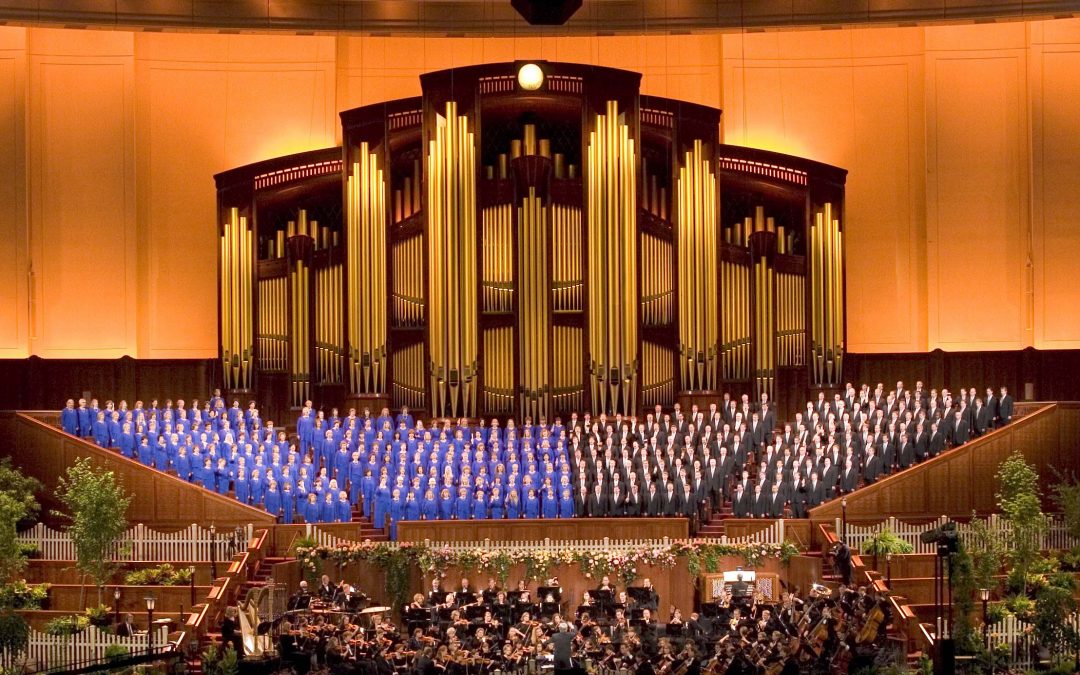 The Mormon Tabernacle Choir will be singing at Donald J. Trump’s presidential inauguration. Yes, that Donald J. Trump. The one that not too long ago, The Deseret News (the news organization owned by the church) was disavowing.

Our choir is singing at his inauguration.  Does it matter?

Think of it—six decades without an interruption of singing as the Mormon Tabernacle Choir, representatives of The Church of Jesus Christ of Latter-day Saints.
-President Gordon B. Hinckley

We are thrilled with its continued prosperity. People still love the music—it’s a vibrant force for good in the world today.

Choir Honored for Broadcast 4,000 of Music and The Spoken Word, September 2006, Liahona

Since the Tabernacle Choir performs an important missionary service…

The Tabernacle Choir, identified by the name of this building, has been a voice of the Church for many years,
-President Boyd K. Packer

The Spirit of the Tabernacle, April 2007, General Conference

I realize that there are members of the Church who do not understand that the Choir has a specific mission to the world, nor do they comprehend the enormous good the Choir does out there for the reputation of the Church. The Choir works under the direct supervision of the First Presidency, and our repertoire and daily operations keep pace with that direction.”

The Tabernacle Choir–Beyond the “Crossroads of the West” by Renon Klossner Hulet, September 1989, Ensign

As an ambassador for The Church of Jesus Christ of Latter-day Saints, this unique musical organization transcends cultural and generational boundaries, uniting people worldwide through music.

They of this choir are a part, a segment, of this remarkable thing which the world calls “Mormonism” and which we call the restored gospel of Jesus Christ.

…when people were asked what they thought of when they heard the word Mormon, answers included the Mormon Tabernacle Choir and Salt Lake City…

News of the Church, December 1993, Ensign

The choir is often called the “greatest missionary tool of the Church.” Brother Ottley would agree for he sees the choir’s major role as being “an ambassador for the Church on all fronts—both within the Church and outside the Church. Our primary responsibility is not to the internal church, however. It is to the external world.

All choir and orchestra members have been set apart as “music missionaries”; they represent the Church wherever they go.

If you do not want the Mormon Tabernacle Choir to represent you, your Church, or your Church leadership at Donald J. Trump’s presidential inauguration, please call the public affairs department at 801-240-1000