Race and the Priesthood 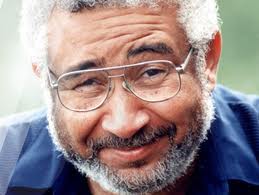 Race and the Priesthood

December 6, 2013 a link to a Church web page appeared in my Facebook news feed that dealt with “Race and the Priesthood.”1 I stared at the link and hoped. As I read through it the first time I was deeply moved. As I read through it a second time I was a little surprised at how honest and forthcoming the Church had been with its history. I sat back and took in what it all meant. I smiled and even let go a few tears. I was content with the issue, if only for a moment, as is so often the case with spiritual matters.

In the coming days there will be those who dissect the article; analyze it; criticize it; devalue it; disparage it; and eagerly dress it down. To be sure, I have my own criticisms but they lack depth and weight. The following are a few highlights and observations:

“There is no evidence that any black men were denied the priesthood during Joseph Smith’s lifetime.”

This for me is one of the articles most important statements. It indirectly calls into question the origins of the ban. It shifts the focus from Joseph to Brigham on whose shoulders I think all the blame is to be placed. This is not to say that Joseph never said or acted in ways I would consider racist; what I am saying is that he didn’t start a practice/policy/ban that would negatively affect an entire race of people for more than 100 years.

“Over time, Church leaders and members advanced many theories to explain the priesthood and temple restrictions. None of these explanations is accepted today as the official doctrine of the Church.”

I’m grateful that those members who have for decades supported mind bending explanations for the ban, will finally have to shut up! I really feel this way. I think many of us do. How these ridiculous theories did not set off alarms in their brains is beyond me? I’m hoping that the aforementioned members will also concede that every statement made by a church leader, including prophets and apostles, is not necessarily doctrine and need not be embraced without reflection.

In June 1978, after “spending many hours in the Upper Room of the [Salt Lake] Temple supplicating the Lord for divine guidance,” Church President Spencer W. Kimball, his counselors in the First Presidency, and members of the Quorum of the Twelve Apostles received a revelation. “He has heard our prayers, and by revelation has confirmed that the long-promised day has come.”

Gordon B. Hinckley goes on to share, “There was a hallowed and sanctified atmosphere in the room. For me, it felt as if a conduit opened between the heavenly throne and the kneeling, pleading prophet of God who was joined by his Brethren. . . . Every man in that circle, by the power of the Holy Ghost, knew the same thing. . . . Not one of us who was present on that occasion was ever quite the same after that. Nor has the Church been quite the same.”

I believe a revelation was needed to end this policy even though revelation had no part in its beginning. I also believe very strongly that a revelation from God is exactly what was received.

Throughout the Church, attempts have been made to justify and explain behaviors, beliefs, and practices of the past, and rightly so. Why wouldn’t they give it a positive spin? Only a fool would think the Church should be limited to presenting historical factoids without interpretation and context. The article was sufficiently thorough, given its length, and contained the expected apologetic responses. It is what most of us expected. To be frank, I’m just happy the Church put their laundry in the street and did their best to explain how it all got dirty.

Here are my two major complaints. First, is that this “official statement” was buried in the Gospel Topics section without any links or pointers anywhere.2 Second, is that there was no apology. I knew the latter was never going to happen.

Finally, let me say a few things about the Brethren. It is my opinion that each and every one of those men is motivated primarily by love. It is preposterous to think they privately seek to destroy, lay waste, or oppress the membership of the Church. And although destruction may occasionally be the outcome of their actions, I have never believed it was their intent. They are a multi-generational group of men who see the world through multi-generational lenses. These lenses often refract light in different ways resulting in a myriad of colors and perceptions. This is to be expected when dealing with the finite and the fallible. Thankfully, there are moments when the lens of faith allows these men to see things as they really are.

I know it’s rude to add anything after saying “Finally” but I do wish the Brethren would take their present speed of action and triple it.

2As far as I can tell the article in my News Feed was three steps away from a source at the Maxwell Institute who appears to be the first to post it on Facebook.