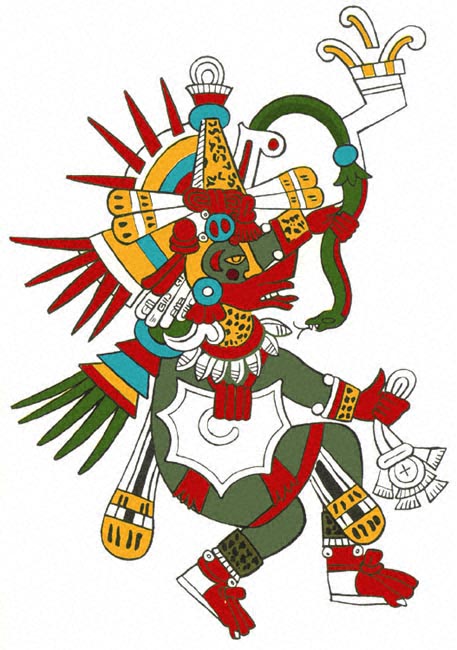 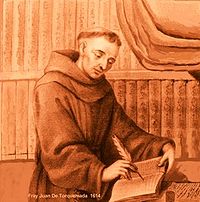 What about the Beard?  A distinguishing physical contrast between the natives and Spaniards was the natives’ relative beardlessness. A bearded god might therefore be considered unusual. In modern versions of the Quetzalcoatl tale, the beard is one of the most frequent indicators suggesting that Quetzalcoatl must have been foreign.5 Sahagún’s sixteenth-century informants say, “His beard was long, exceedingly long. He was heavily bearded.”6 So well-known was this element that, by 1615, Fray Juan de Torquemada could state: “This was held as very certain, that he was of good disposition . . . bearded. . . . ”7

The sources report a variety of beard colors: to Torquemada, blond; to Bartolomé de Las Casas (a Dominican priest, died 1566) black; and to Diego de Durán, red and graying.8 Such variations probably signal that the color was not part of pre-conquest lore. Nevertheless, beards really were part of the pre-conquest Mesoamerican religious tradition and are frequently depicted in pre-conquest Mesoamerican art. However, these same native depictions prove that, while there was a native emphasis on bearded figures, the beard was not unique to Quetzalcoatl and is not even diagnostic for Quetzalcoatl, meaning that Quetzalcoatl may be painted and recognized without a beard. 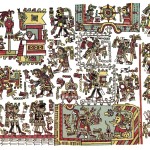 A page from the Codex Nuttall

Not only could Quetzalcoatl be represented without a beard, other deities could wear them. The Codex Nuttall, reportedly sent to Spain in 1519, had been composed in the Mixtec culture of Central Mexico at an unknown date prior to the conquest. It shows several bearded figures: male 13 Reed, male 1 Death, male 4 Jaguar, male 10 Rain, and male 10 Grass. Male 9 Wind, the name attached to the figure who is painted with the iconography identifying Quetzalcoatl (named male 9 Wind in Mixtec codices), is not bearded. Therefore, in the Codex Nuttall, beards are certainly part of the iconographic representations of various figures, but not for male 9 Wind.9

Two companion codices were painted for the Spanish after the conquest. They use more Western artistic conventions, but the layout and content are native. Both cover the same information in the same order, but one has two sections that are not in the other. They are known as the Codex Telleriano-Remensis and the Codex Ríos. The Telleriano-Remensis contains the date of 1563 and the Ríos 1566, so they were painted no earlier than those dates.10 In spite of being post-conquest productions, they appear to contain pre-conquest information in their painting along with the obviously post-conquest glosses (one written in Spanish and one in Italian). 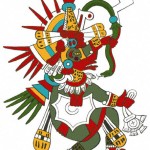 Not only is the beard itself more widespread than popular designations of the “bearded white god” would suggest, but there are also indications that Mesoamericans sometimes used false beards. The Annals of Cuauhtitlan (originally written in Nahuatl, probably ca. 1545–5512 ) describes Quetzalcoatl at Tula: “Immediately he made him his green mask; he took red color with which he made the lips russet; he took yellow to make the facade; and he made the fangs; continuing, he made his beard of feathers.” 13The Codex Borgia, an undated, but pre-conquest, document from Central Mexico, shows Quetzalcoatl on plates 56 and 73, masked and wearing a beard of what appears to be yellow feathers.14

Native deities could have beards, but they might be feather beards. Of course, when the Spanish priests told the story, things changed and feather beards were always real beards. Just as they took the white direction and made it Caucasian skin, they took a typical symbolic beard seen many deities and made it a remarkable beard only on one of them.

Wasn’t Quetzalcoatl Born of A Virgin, as Was Jesus? The association between a virgin birth and Christianity was, unsurprisingly, important for the early Spanish writers. Father Gerónimo de Mendieta (1525–1604), a Franciscan missionary, reports a conversation between a Spanish priest and an old Indian about an indigenous sacred book:

And when this priest asked the Indian what the book contained of his doctrine, he did not know how to reply in particular, but from what he responded, if that book had not been lost, [the priest] would have seen how the doctrine which he taught and preached to them and that destruction which the book contained were the same. . . . Also he said that they knew of the by the flood. . . . They knew also of the mission of the angel to Our Lady, by a metaphor, saying that a very small object like a feather fell from the heavens, and a virgin picked it up and placed it over her womb whereupon she became pregnant.15

Aztec mythology appears to have a category of miraculous births that post-contact authors have labeled “virgin births.” In Aztec mythology, however, the virgin birth was not Quetzlcoatl’s story, but rather Huitzilopochtli’s. The particular tale that Mendieta related describes the birth of the Aztec tribal deity Huitzilopochtli, not any version of Quetzalcoatl. That tale is reported by Sahagún’s informants:

Thus did they believe of his beginning, his origin. At Coatepec [serpent mountain place], near Tula, there dwelt one day, there lived a woman named Coatl icue [“serpent her-skirt”], mother of the Centzonhuitznaua [the four hundred Huitznahua]. And their elder sister was named Coyolxauhqui.

There was a virgin birth story, but it was a stretch to correlate it with the New Testament and it did not describe Quetzalcoatl but rather a different deity. That little detail became lost in the retelling. 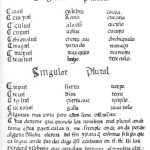 Didn’t Quetzalcoatl Preach Christian Principles? A passage attributed to Andrés de Olmos illustrates the standard version of Quetzalcoatl’s religion: “He never admitted sacrifices of the blood of humans nor of animal, but rather only of bread and roses, flowers and perfumes, and of odors. [Also] he watched and prohibited with much efficacy wars, thefts, murders and other harms which they did to each other. Whenever wars were mentioned before him, or other evils concerning the wrongs of men, he would turn his face and cover his ears so that he would neither see nor hear them.”17 There are elements of this description that can be traced to native tales, but those native stories have already been modified in de Olmos’s description. The Histoyre du Méchique provides a more native version of Quetzalcoatl’s conflict with his brothers:

[Quetzalcoatl’s brothers] returned to look for Quetzalcoatl and they made him believe that his father had been changed into a rock, persuading him also that he sacrifice and offer something to this rock, such as lions, tigers, eagles, little animals, butterflies, for he would not be able to find these animals. And as he did not wish to obey them, they wanted to kill him, but he escaped from among them and climbed a tree, or something like it, on top of that same rock and shot arrows at them and killed them all. Having done this, others came seeking him with honors and they took the heads of his brothers and emptied the skulls to make drinking cups.18

The parallel text from Leyenda de los Soles involves his uncles, but the details clearly present a variant of the same story:

Now, Ce Acatl’s uncles, who are of the four hundred Mixcoa, absolutely hated his father, and they killed him.

And when they had killed him, they went and put him in the sand. . . .

Then his uncles are furious, and off they go, Apanecatl in the lead, climbing quickly.

But Ce Acatl rose up and broke his head with a burnished pot, and he came tumbling down.

Then he seizes Zolton and Cuilton. Then the animals blow [on the fire]. Then they sacrifice them.

They cover them with hot pepper, cut up their flesh a little. And after they’ve tortured them, they cut open their breasts.19

This is a far cry from the Quetzalcoatl who covered his eyes and ears so as not to be reminded of death.

Next week Brant Gardner will examine the legends of Quetzalcoatl’s return.

13“Anales de Cuauhtitlan,” in Códice Chimalpopoca, edited by Primo Feliciano Velázquez (Mexico City: Universidad Nacional Autónoma de México, 1975), 9; translation mine. Bierhorst, History and Mythology of the Aztecs, 32–33, has a different translation directly from the Nahuatl text: “And so he did it, this featherworker, this Coyotlinahual. First he made Quetzalcoatl’s head fan. Then he fashioned his turquoise mask, taking yellow to make the front, red to color the bill. Then he gave him his serpent teeth and made him his beard, covering him below with cotinga and roseate spoonbill feathers.

17The ascription to Olmos is made because of the similar passages in three later histories that appear to have had access to Olmos’s work. Slightly differing versions of this passage occur in Las Casas, Apologética Historia Sumaria, 1:644; Torquemada, Monarquía Indiana, 2:50; and Mendieta, Historia Eclesiástica Indiana, 92.

19Bierhorst, History and Mythology of the Aztecs, 154